Josh Samman, 28, made his mark on the sport 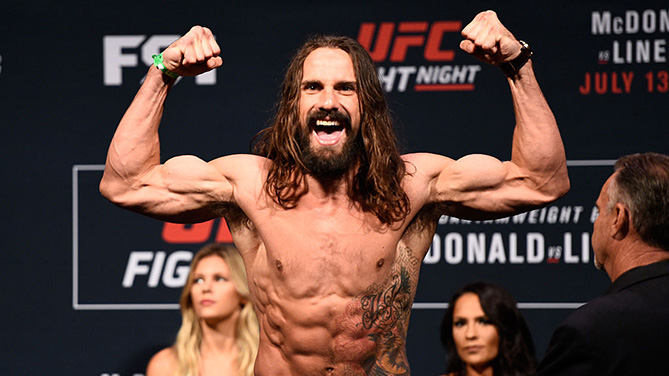 The UFC sends its sincerest condolences to the family and friends of Josh Samman, who passed away on Oct. 5. He was 28.

A popular figure in the mixed martial arts world who was embraced by the community not just for his fighting ability but for his writing and accessibility to fans and his fellow media members, the Tallahassee native was always searching for the next adventure, whether in the Octagon or in life.

A martial artist since the age of 16, Samman turned pro in 2007 and was a quick study, winning nine of his first 11 bouts. That success earned him a place on the cast of Season 17 of The Ultimate Fighter after several tries at securing a spot on the reality series.

Samman was a writer for UFC.com. Read some of his work: Three-part series on UFC's Jeff Novitzky - Part 1, Part 2, Part 3 | Samman's Corner: Behind the Lines, Heavy Matters, Getting the call

On TUF 17, Samman won three of his four bouts, losing only to eventual winner Kelvin Gastelum in the semifinals, and thanks to that run, he received a UFC fight against Kevin Casey on the season finale card on April 13, 2013.

Samman won that bout against Casey, and two more over Eddie Gordon and Caio Magalhaes,, garnering him Performance of the Night bonuses before losing back-to-back fights to Tamdan McCrory and Tim Boetsch in 2015-16 that left his final pro record at 12-5.

The Gordon fight was particularly notable, as it wasn’t just one of the most notable knockouts of 2014, but it also took place on Dec. 6 of that year. It would have been the 24th birthday of Samman’s longtime girlfriend, Hailey Bevis, who tragically died in a car accident in August 2013.

“I saw the date on the UFC schedule and I said there’s no way that I can pass this up and not fight on that card,” he said after the bout.

Samman chronicled their relationship in his 2016 memoir, “The Housekeeper: Love, Death & Prizefighting,” a book that showed the middleweight prospect as a talented writer with a compelling tale to tell. But it wasn’t just a life story to him.

“It’s not an autobiography,” he said earlier this year. “It’s not something chronicling my whole life from beginning to end. It’s a memoir. It’s to connect with folks that are going through similar life experiences.”

Samman didn’t have an easy road in fighting or in life, but he battled through and hoped that telling of his struggles would aid those fighting the same demons.

“It’s all human stuff,” Samman said. “All things that we deal with. We all eventually deal with a loved one dying. We all deal with addiction, whether it’s ourselves or loved ones or whatever. We all deal with self-doubt and rejection and heartbreak. This is my story. For me, the purpose of life is to ride this journey and share it with people. Otherwise, what’s the point?” 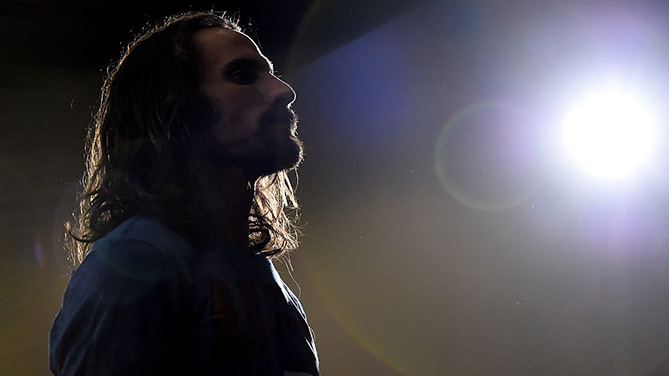 His ability to share his story endeared him to family, friends, his fighting peers as well as total strangers. Samman connected to people on multiple levels like few fighters do, and he kept them up to date with his adventures and insights as he interacted on social media and wrote for several outlets, including UFC.com.

Samman was also a gifted musician and songwriter and he ran a successful amateur MMA promotion in Florida when he wasn’t in the gym preparing for a fight. He even visited Camp Abilities in Brockport, New York in the middle of his training camp for the Boetsch fight to work with blind and visually impaired children.

“I definitely have moments where I struggle, and there are good days and bad days, but I’m healthy and I’m functional, and when I’m doing stuff like this, it helps gives me perspective,” Samman explained. “Sometimes we are dealt crappy hands, and you just have to make the best of it. Not that these kids are any more or less fortunate than I am, because everyone has their battles and stuff that they go through, but it’s just about the perspective that you keep and making sure that you’re making the best of every situation. There are children here that can’t see, that can’t get around without a cane or without a guide, and they’re still walking around smiling all day, laughing, playing and living a happy life. So it’s not just them learning from me, it’s me learning from them as well.”

Those that knew him would say that they learned a lot from Josh Samman, who made a significant mark in only 28 years on the planet.

He will be missed.

According to a statement released by his parents, in conjunction with the AMR Group, on Wednesday, Samman’s cause of death has yet to be determined, pending an autopsy.
Save