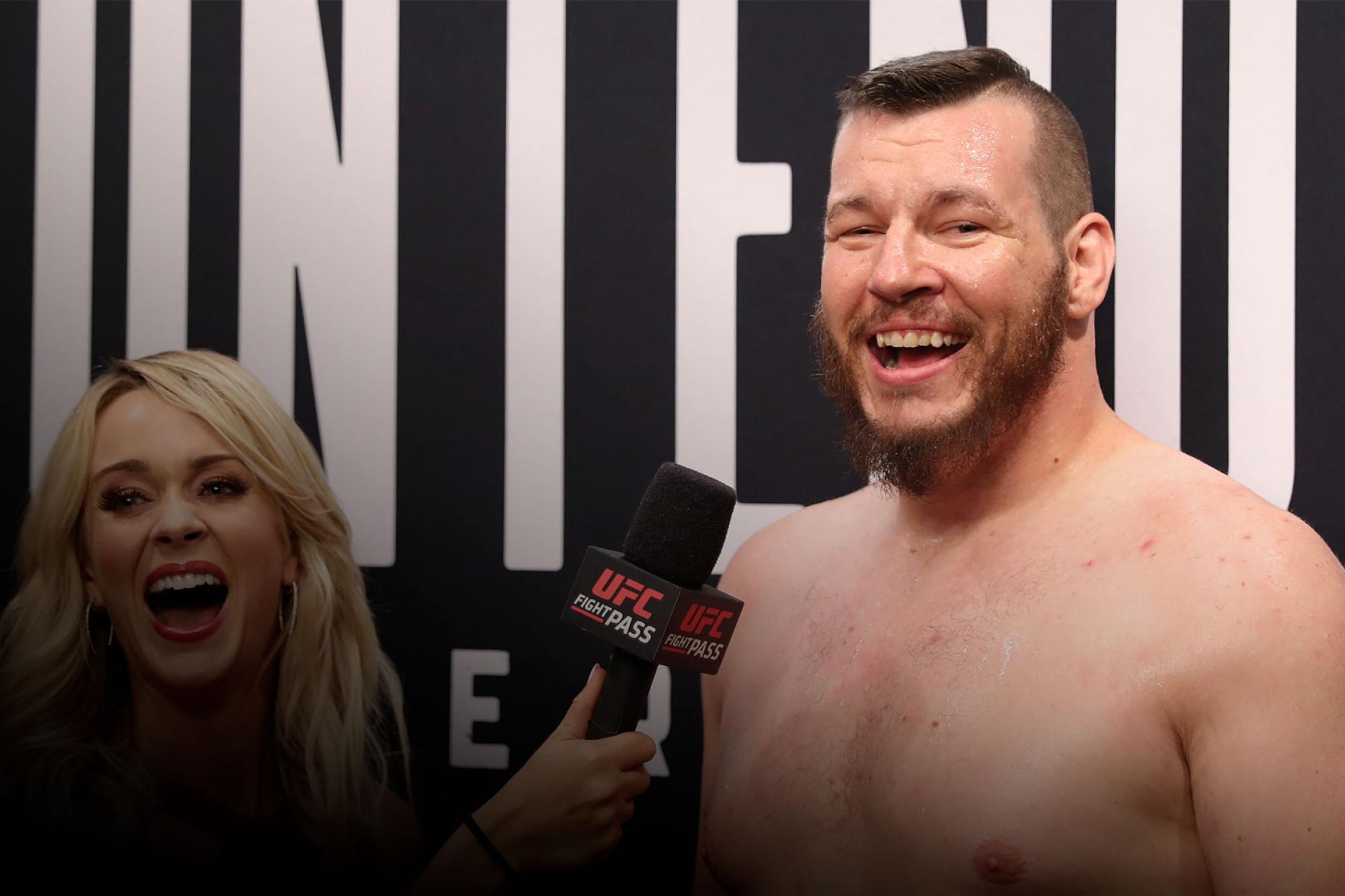 Josh Parisian Gets Second Shot At Contract On DWCS

It’s been a long wait for Josh Parisian the last two years.

After trying out for season 28 of The Ultimate Fighter, Parisian was called back and informed he would only be needed as an alternate. It was one of the last things a fighter could ask for but the bad news did come with an upside, the chance to take a short notice fight on Dana White’s Contender Series.

As a fighter who doesn’t come to the cage with a strike-for-strike plan in the first place, a short notice fight for the Contender Series wasn’t ideal but it had almost all upside. Parisian wasn’t planning for it to begin with, so win or lose he’s still a TUF alternate just with experience fighting in front of UFC President Dana White.

Parisian wowed the commentary team with his decision to throw spinning kicks at Greg Rebello. And with Rebello’s need to impress White, Parisian knew to expect a man coming full steam ahead. As Rebello came marching forward, Parisian could meet him with a spinning kick and make his presence felt. As Rebello showed patience, Parisian adjusted and opened his attacks up when Rebello was against the cage. And after only 91 seconds, Rebello was knocked out by way of a spinning backfist.

Despite having the second fastest knockout of the week, doing it on short notice and in a thin heavyweight division, Parisian was offered a spot on TUF 28 as a main cast member instead of a UFC contract.

Trudging forward, Parisian took the opportunity to go to the TUF house and was eliminated in the opening round. Ever the optimist, Parisian didn’t see it as the end of the road.

“Even though I had lost I thought that I would still get in,” Parisian said. “I won on Contender Series and it was in dominant fashion and the dude who I lost to (Michel Batista) was a wrestler who had gone to the Olympics. At one point he was the third best wrestler in the world, and I stood up 13 times, he couldn’t keep me down.”

After TUF wrapped up, Parisian took no time off, jumping back into regional fights immediately. Only months later he found himself back on UFC FIGHT PASS in a heavyweight bout at WXC.

As he has done most of his career, Parisian introduced his opponent to the canvas in under a round. It was the third time he had fought under the UFC umbrella in some form or fashion. What came of it? Another chance on Contender Series.

It’s been two years now that Parisian has been allowed to play in the yard but not allowed in the house. Where most fighters would have run out of steam by now, he has opened his mind to new training techniques.

In the long process back to Contender Series for a second time, Parisian realized that every fighter out there is working harder than the next guy for their chance in the UFC. Maybe hard work isn’t the only effective use of time.

“I’m working with a strength and conditioning coach who is increasing my athleticism,” Parisian explained. “It’s kind of like the missing piece. I’ve been training with him for six months now and working on strength and power. I’ve learned that just working hard isn’t enough. Everybody is working their ass off and everybody wants it. What I can do is work more efficiently and that’s what my strength and conditioning coach, Chris Down, is helping me learn.”

Parisian stares down the barrel at a second opportunity to impress the UFC with full energy, high ambition and no stress. Despite expectations to put on a show this time around, the only pressure that Parisian feels is driven from a source far away from the Octagon or MMA, as a whole.

“I do feel a little bit more pressure because I just had a daughter,” Parisian said. “There’s just something about that that changes as far as me feeling like I need to be a provider, I need to make things happen. I want to be able to not only provide for her financially but also provide a story for her and be able to show her that I’m somebody who perseveres.”

If Parisian’s daughter, Eva, sees the world half as clear as those around him see it, he could never set foot back in a mixed martial arts cage again and she would already see him as the man he wants to be.

“For sticking through that and going through all those level changes shows that this guy is battling and showing perseverance,” said fellow WXC veteran turned UFC newcomer, Justin Jaynes. “The couple times I’ve trained with him he’s always happy-go-lucky, always thankful for the opportunity. He’s a super nice guy and I love it. It shows just how tough of a guy he is. He’s not going to give up.”

Equipped with a clear mind, eight lethal limbs and a “never say die” mentality, Parisian is back in the Contender Series Octagon Tuesday, August 18 with the bright lights of the UFC in his eyes. The future remains unknown, but one thing that’s for sure is if he walks out empty-handed again, it’s only a matter of time before Josh Parisian is back.

For all of Josh Parisian’s Ultimate Fighter, WXC and Contender Series action sign up for UFC FIGHT PASS TODAY!