Heading Into His Third Fight, Josh Culibao Is Determined To Finish The Fight And Earn his First UFC Win.
By Zac Pacleb on Twitter @ZacPacleb • May. 20, 2021

Sliding-doors moments are abundant in all sports, but particularly so in combat sports. When you combine the ways fights can turn on a dime in either direction and add in the judging aspect of the sport, it can create a bit of chaos. Perhaps, even, to the dismay of NFL Hall of Fame coach Bill Parcells, a fighter’s record might not be who they actually are. Context is important in all aspects of life, but especially so in fighting.

What I’m saying is Josh Culibao probably deserves more respect than his 0-1-1 UFC record might indicate. His debut loss to Jalin Turner came on short-notice and up a weight class, and he has a fair shout against the split draw against Charles Jourdain. Even so, Culibao can’t turn back the clock. He can only move forward, which brings him to his upcoming fight on May 22, and he has a shifted approach in tow.

“The mentality has shifted now to not so much try to win on points or try to look for a takedown to win the round sort of thing,” Culibao told UFC.com. “It’s, ‘If the knockout comes, the knockout comes.’ I’m not going to rush it, but the mentality is, ‘Go out there and finish the fight.’” 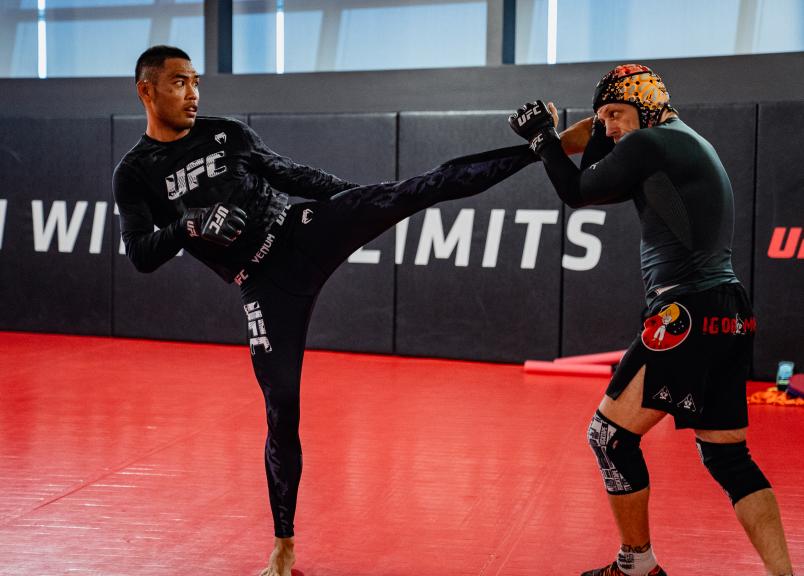 Although the early days of Culibao’s UFC career weren’t the smoothest, he seems to have soaked up the lessons provided from his first two fights, which, at 26 years old, certainly sets him up to make some leaps.

Even in terms of the UFC life outside of the Octagon, Culibao feels more at ease than he did making his debut in New Zealand a little more than a year ago.

“I was sort of caught up in a whirlwind like, ‘I can’t believe I’m doing all this stuff. I’m rubbing shoulders with all these UFC fighters that I watched on TV,’” Culibao said. “Now, it just seems normal. Seeing these other UFC fighters, being fans of them but also realizing they’re just co-workers. Not being so much in shock about this whole experience but more so it becoming normal.” 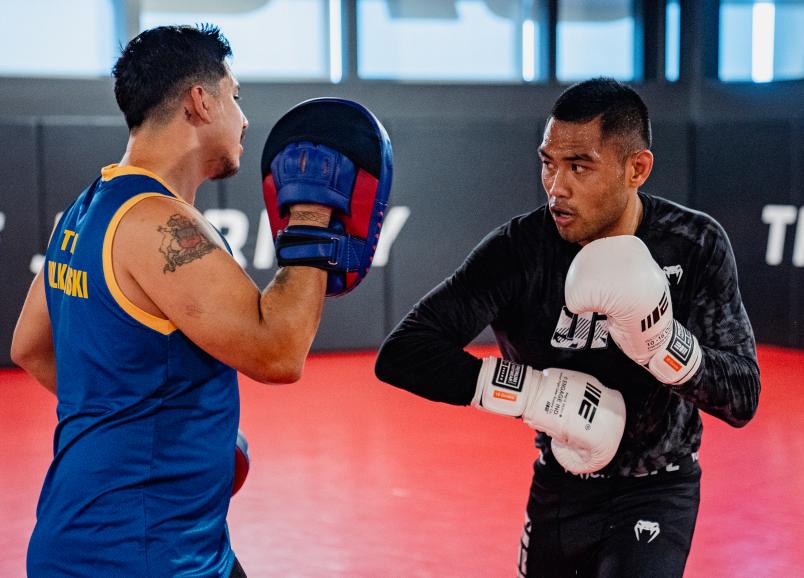 In terms of his preparation, Culibao benefitted from training full-time before the Jourdain bout. Heading into this tie with UFC debutant Shayilan Nuerdanbieke, he upped the intensity of his training camp.

Culibao admitted with a smile that he used to take his “foot off the gas” after he was finished with a fight, diving back into training when he had a fight coming up. As he approaches this bout, though, “consistency” is his buzzword. Maintaining that has Culibao feeling he is in the best shape of his young fighting life, but he does acknowledge the cliché nature of that sentiment, knowing it will take a performance on Saturday to back up that statement.

“I want to let everybody know I’m a future contender for the belt,” Culibao said. “This is the start. From this win until we eventually get to the belt, I want to make it known I’m one of the best featherweights ever. That’s the goal. It’s always been the goal is to be champion.” 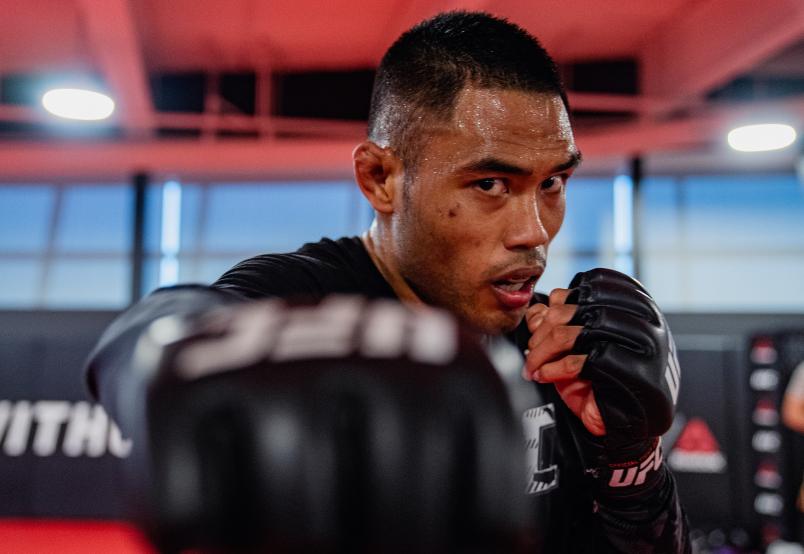 Those are lofty expectations, sure, but it’s understandable, given Culibao’s track record outside of the promotion. The 26-year-old entered the UFC with a 7-0 record with five finishes, and he looked much more comfortable and dangerous against Jourdain.

That ease of mind, combined with his dedication to consistent training, has Culibao chomping at the bit to put Nuerdanbieke away, and, in a way, place his foe in a similar position as he was after making his own debut.

“I’m not expecting him to have the UFC jitters or get caught up in the bright lights,” he said. “I’m expecting a tough fight, a fit guy, but it’s just unlucky he has to have his debut against me.”