“What I love the most is the battle. Once I’m in there it’s a feeling of euphoria and it’s one of the best feelings I’ve ever had in my life.” – Josh Burkman 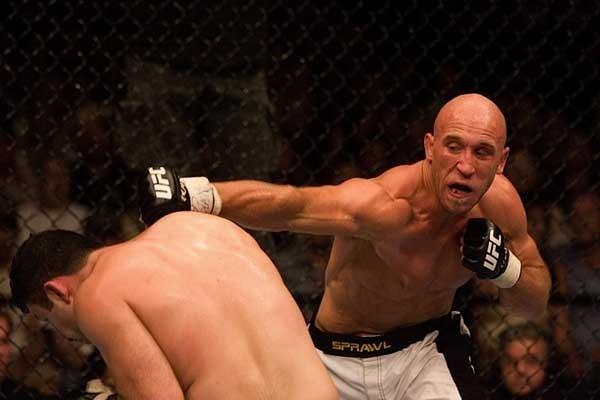 Josh Burkman last competed in the UFC a little more than six years ago at UFC 90, where he dropped a unanimous decision to Pete “Drago” Sell.

A lot has happened since then for the Utah-based 34-year-old. He has won six of his last seven, including key wins over Jon Fitch, Gerald Harris and Aaron Simpson. And on January 3, 2015, he makes his UFC return against welterweight stud Hector Lombard at UFC 182 in Las Vegas.

But for “The People’s Warrior,” the career resurgence and evolution as a mixed martial artist are a direct result of having something bigger than just himself to fight for.

“Getting married and the birth of my son changed the way I looked at my life,” he said. “I became less selfish and that in turn made me a better training partner, and that attracted better talent and that has made me a better fighter all around. In fact, I’m in the car right now with my wife going to the doctor because our second son is due January 10th. We’re naming him Atlas.”

If “Legend” and “Atlas” are names that set high expectations for his sons, Burkman says he’ll be there to serve as a role model for them, and is setting the bar as high as he can by painting a canvas with his blood, sweat and tears.

“My sons are going to watch me fight one day,” he said. “They’re going to hear my interviews and read stories about their father, and I want them to know what kind of man my family has helped me become. I will try to represent myself and the sport of mixed martial arts at the highest standard, and they’ll know that and hopefully I will set an example that they think they need to live up to. I need to be that role model for them.”
In Lombard, Burkman faces a powerful opponent with a plethora of experience, who is coming off perhaps the biggest win of his career over Jake Shields.

“I always respect anyone who has ten years plus in this game,” he said. “We have similar pasts. He was on the outside and had to work his way in, like I have. We both had the same neck injury, and that isn’t easy at all to recover from and still compete at a high level. But what makes him extremely dangerous is his explosiveness. He has a lot of power. Between the two of us we have more than forty first-round finishes. My respect for his power has made me better prepared for this fight.”

For Lombard, facing an opponent as dangerous as Burkman isn’t an ideal situation, and he’s been quoted in the media as saying that he was hoping for a higher-ranked opponent than where Burkman currently stands. However, Josh says he understands.

“I don’t think Hector Lombard is wrong,” he said. “He’s not saying he wants to fight a better fighter, which is fine because I think I can compete with anybody in the world. People don’t know what I’ve been doing because it’s been outside of the UFC. Hector is ranked number six in the world and he just beat a guy who is in the top five. If I were him I would want to fight someone higher in the rankings too because I’m a dangerous opponent and he doesn’t stand to gain very much by beating me. For me, he’s a great opponent because I get to use him as a measuring stick. It’s a huge opportunity for me.”

Burkman understands opportunity when he sees it. Back in October he signed his UFC contract the same week he was released from the World Series of Fighting promotion, and a 45-minute meeting in UFC President Dana White’s office was all it took to secure this fight with Lombard. 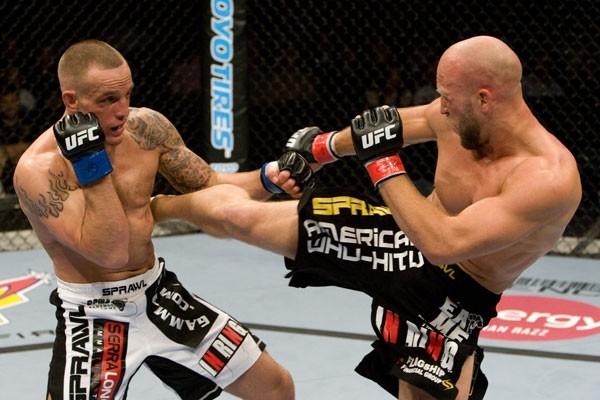 “I’ve been around for a while and I’ve had a good career, but fighting against Hector is my measuring stick,” he said. “People are going to see a guy who has almost forty fights. I’m better than I’ve ever been. UFC fans who don’t know me are going to see a complete mixed martial artist. I started out as a wrestler and jiu-jitsu fighter, and I’ve evolved as a fighter and as a person, and I’m excited to show the fans my style. I think they are going to happy to see me fight.”
Check out the full UFC 182: Jones vs. Cormier fight card

America loves a great comeback story, and in Burkman the stage is set for him to bring down the house. The welterweight division, while stacked, could use some new blood, and a win over Lombard would send a message to the field of fighters that not only is Burkman back, but he’s a contender.

“This is all icing on the cake,” he said. “I’m grateful that I am able to compete at a high level. I’m just happy that I have the opportunity to be an athlete. I am an artist. I train in my art so I can go out and perform. That’s why I’m excited about fighting Lombard. I get to use my art against one of the best in the world. I still enjoy going out and fighting. The hard part is the training and dealing with injuries. But I love fight week. I love getting in the ring. What I love the most is the battle. Once I’m in there it’s a feeling of euphoria and it’s one of the best feelings I’ve ever had in my life.”