Joseph Benavidez Is Appreciating Every Second

Although Joseph Benavidez no longer needs the belt for validation, that doesn't mean he isn't enjoying the moment.
By Thomas Gerbasi, on Twitter @tgerbasi • Jan. 31, 2020

There’s no Polaroid of a UFC championship belt on the mantle in Joseph Benavidez’ house anymore. There used to be, back when the then-28-year-old battled Demetrious Johnson for the inaugural UFC flyweight title in 2012, and after losing a razor-thin split decision to “Mighty Mouse” that night in Canada, his single-minded pursuit of gold didn’t change as he approached a championship rematch a little over a year later.

But Benavidez would lose to Johnson a second time in 2013, just two of the three marks on an otherwise stellar 13-3 UFC run in the 125-pound weight class. To say he’s one of the best flyweights of this era isn’t just accurate, it’s a no brainer, yet the only thing that’s eluded him thus far is a world title. 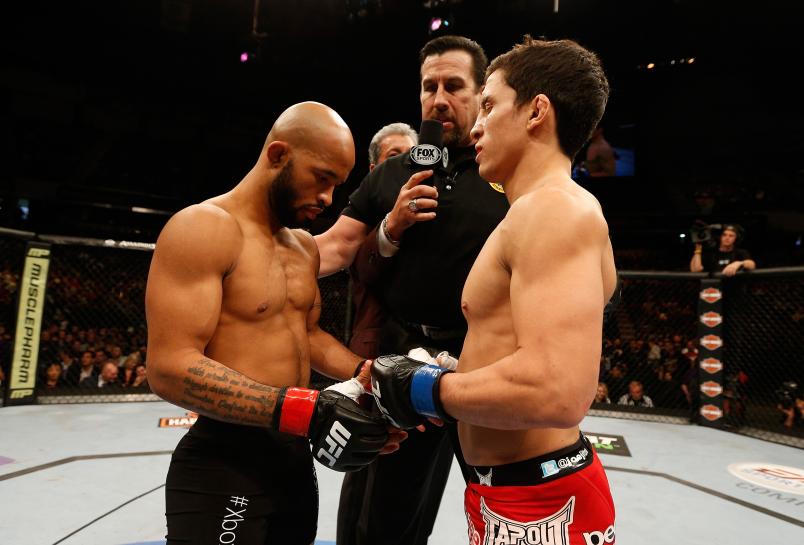 That situation can change on February 29 when he faces Deiveson Figueiredo for the vacant UFC flyweight title in Norfolk, Virginia. What’s also changed is the 35-year-old’s approach in his third crack at the belt.

“A lot of the reason this fight feels different is because it’s not’s something that I need or I’m obsessed with or anything like that,” said Benavidez. “You don’t really get those things sometimes that you need or you’re obsessed with or you put too much into them, and I feel that’s how the first title shots were. That was something I felt I needed for self-validation and it was all selfish for myself. I needed this belt, this object, this recognition of being the best. And it’s just not like that anymore and it’s crazy to think I used to obsess over it so much. Once I stopped obsessing, it made everything so much easier.”

The Las Cruces, New Mexico product can’t point to a particular moment when the Polaroid got put away or when he stopped obsessing over the belt, but he’s happy that he’s come to this point in his career, where he realizes that no matter what happens from here on out, he’s made a mark in his sport.

“We’re competitors and this is what you do,” he said. “You’re always fighting to be the best, so that never leaves your mind, but I’ve had a great career, great wins, and people are gonna look back and know I was good at fighting. So what does the belt do? It’s a symbol for it, an extra line on my Wikipedia page. (Laughs) And it represents that on one night, I was the best in the world.”

It’s a liberating approach for Benavidez, whose list of victories includes the names Henry Cejudo, Jussier Formiga, Dustin Ortiz, Alex Perez and John Moraga, just to mention a few. Some of them, he’s beaten twice. So it’s not surprising that when talking about him with his peers, the praise comes quick. And when it was announced that he would be fighting for the vacant crown after Cejudo relinquished it, there was a genuine sense that the rest of the division was glad that he was getting another shot.

“It’s crazy,” said Benavidez. “The respect from my peers is huge and it’s unexplainable, honestly. Obviously the fans mean a lot, but for your peers, who go through the same thing as you, to appreciate what you do and be happy for you, it’s really cool. I appreciate every second, every comment, and all the support.” 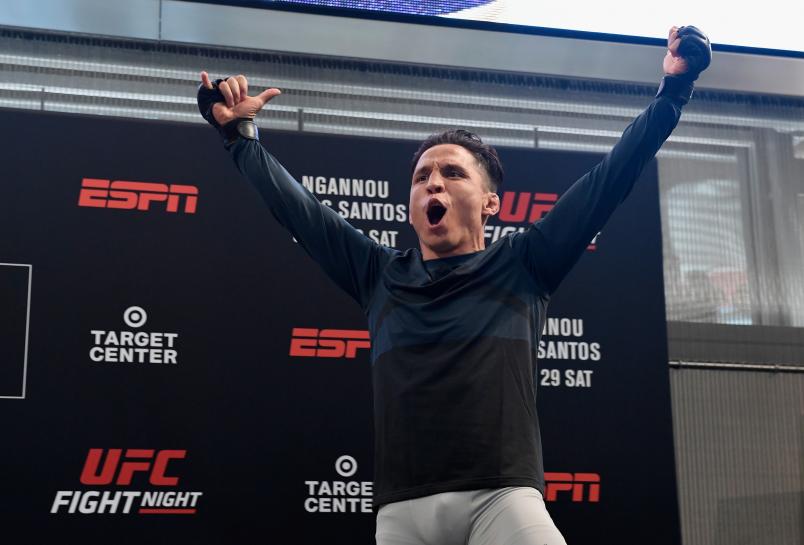 If it sounds like Benavidez is in the best shape – mentally – of his career, that’s accurate. And with the physical side already under control thanks to three straight wins over Perez, Ortiz and Formiga (two by knockout), he may very well be returning home from Virginia with a gold belt in his carry-on bag. He’s not ready to call the Figueiredo fight a done deal just yet, though. He’s been around too long to make guarantees.

“I’m just glad I’ve gotten to this,” said the veteran of nearly 14 years in the pro game. “I’ve been in this sport long enough to learn that I don’t believe in anything. I believe in myself and my training and my preparation, but I can’t put too many eggs in this basket or belief in this because it doesn’t matter. You can only control the 25 minutes in the fight. I’ve felt the best I’ve ever felt and I lost, and I’ve had short notice fights and had amazing performances. There’s no order, there’s no guarantees.”

But there is that belt, and Benavidez wouldn’t mind putting it on display in his house on March 1.

“For this title shot, I didn’t know what was going to happen out of this whole process – the division, the belt – for so long that it literally feels like a bonus. It’s not something I need and I’ve imagined ways without it. So it’s more of a bonus and it makes you feel more grateful for it.”