Joselyne Edwards Is Ready For Whatever Jessica-Rose Clark Brings

Joselyne Edwards Moved On From Her First UFC Defeat, Took The Lessons, And Applied Them To Her Preparation For UFC Fight Night: Costa vs Vettori
By Maddyn Johnstone-Thomas • Oct. 22, 2021

Joselyne Edwards made history in January when she became the first person from Panama to earn a victory inside the UFC Octagon. And while everyone hopes for a win in their debut, it felt a little sweeter for Edwards.

“Being the first Panamanian to win in the UFC made me really happy,” Edwards told UFC.com ahead of her bout against Jessica-Rose Clark at UFC Fight Night: Costa vs Vettori. “It opened a lot of doors for me, and I know that I made it to the place that I belong.”

The 25-year-old bantamweight stepped back in the Octagon three weeks after her victory over Wu Yanan but fell on the wrong side of the judges’ scorecards in her bout against Karol Rosa. Like many fighters, Edwards took positives away from the loss.

“I learned a lot in my last fight where I suffered defeat,” Edwards said. “I know that I can give more than that and I’ve had enough time to prepare myself. I’m a strong fighter and I learned a lot from that loss. I’m the kind of fighter that doesn’t give up because I lost but learns from it.”

The time away has given Edwards the opportunity to have a complete training camp. It has been over eight months since she last fought, and “La Pantera” is feeling better than ever heading into Saturday.

“I feel very happy because this time I have a full camp and actually it was a little bit of an extra camp,” Edwards said. “I had some extra time because I was supposed to fight on August 28, then they switched it to October 23. During that time, I trained harder, and I got stronger, and I am ready for this fight.” 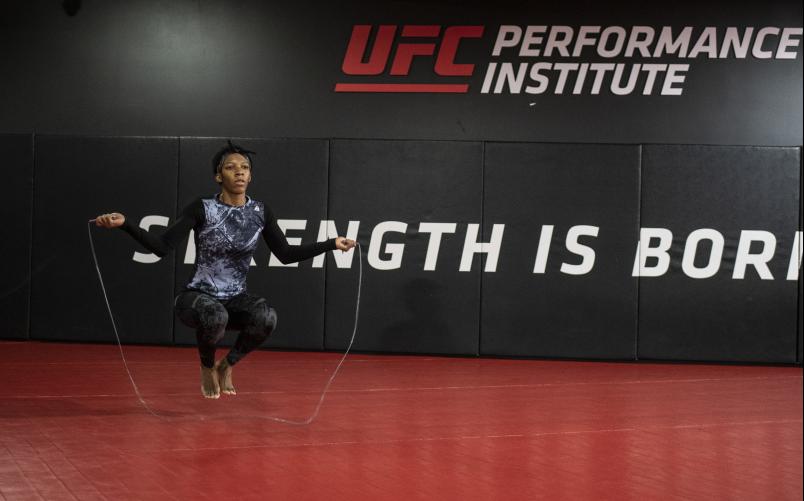 Her opponent is the 33-year-old Clark, who will be returning to the Octagon for the first time since last September after recovering from knee surgery. This will be Clark’s second fight back at bantamweight, after a couple fights down at flyweight. The Australian has never lost by submission or knockout and boasts a 10-6-1 record.

Edwards views this fight as a classic striker vs striker matchup and believes that their styles match up well together. However, there isn’t one specific element that stands out about Clark’s game.

“To be honest, nothing surprises me from Jessica-Rose Clark. I am a person hard to surprise but, at the same time, I respect her,” Edwards said.

Heading into her third fight this year, Edwards is prepared to show off that there is more to her than people might expect. Not only is she a talented striker, earning five of her 10 victories by knockouts, but she also wants people to understand her strength on the ground.

“I think if you see my record, you’ll be able to see that I have submissions on my record. I’m not just a striker,” Edwards said. “If it’s true that I am a more of an expert with striking, it is also true that I have trained a lot of different areas for fighting. Some fighters underestimate me and think that I am just a striker, but I am not. I have been training in several different areas of MMA.” 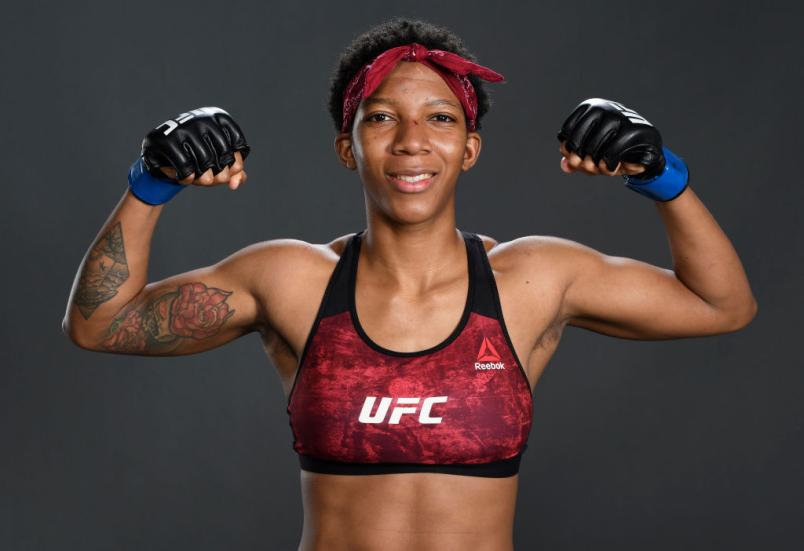 When she envisions the next year of her career, Edwards sees herself as a “rocket fighter,” taking down the biggest names in the UFC. But for now, she is focused on the task at hand, which is taking down Clark, no matter what it takes.

“I don’t like to make predictions, but I can see my hand getting raised by submission or decision after 15 minutes of the fight,” Edwards said. “I know that my fight is three rounds, but I prepare myself for a five-round fight. The gas tank is not going to be an issue and I’m ready for any scenario that happens on Saturday, but my hand is going to get raised.”