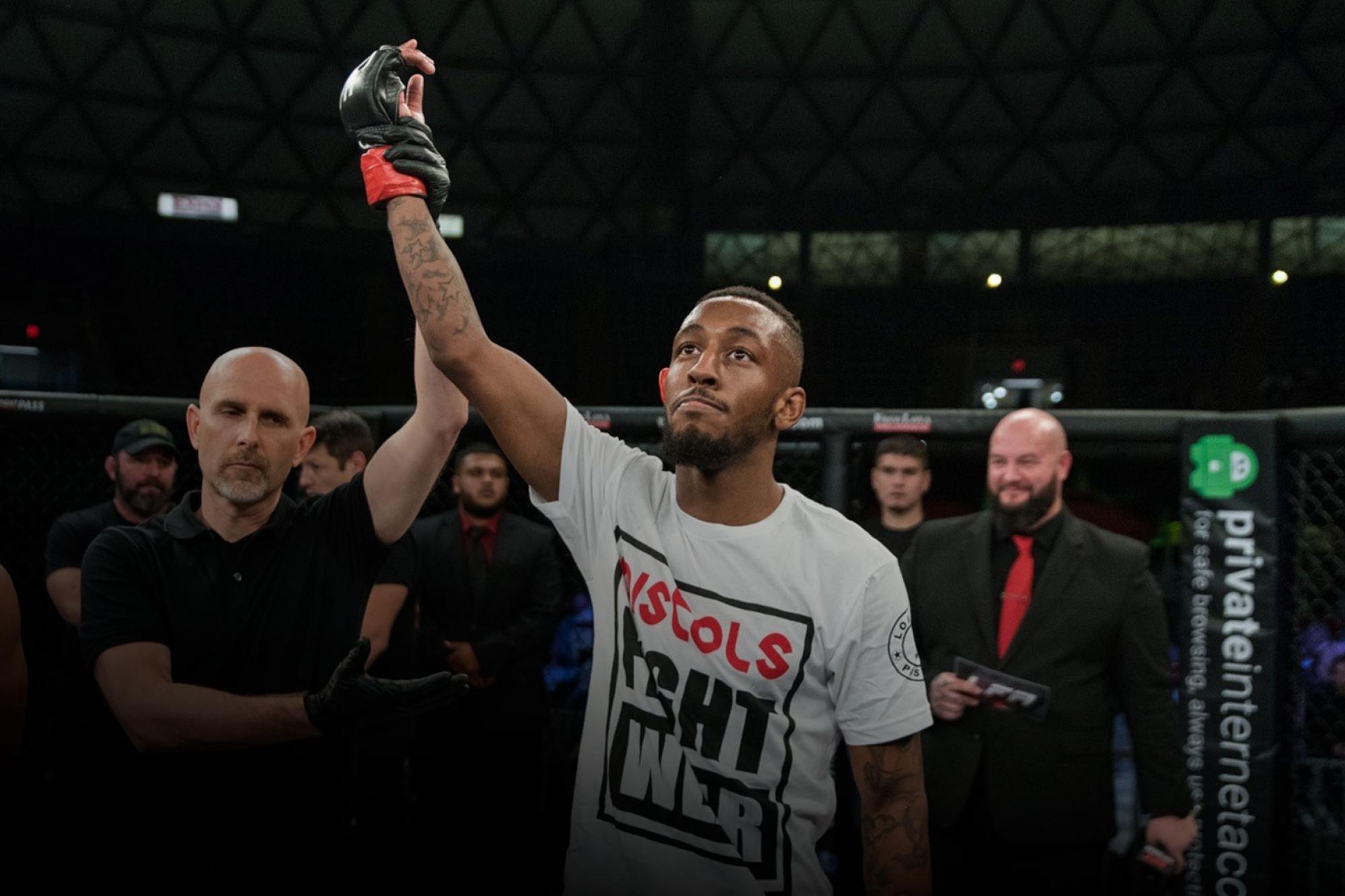 Jose Johnson is searching another epic finish when he steps into the Octagon at Dana White's Contender Series tonight
By Walker Van Wey • Sep. 1, 2020

An endless number of professional fighters are riding five-fight winning streaks, but when you’re on UFC FIGHT PASS handling your opponents as decisively as Jose Johnson has, the UFC comes calling.

Four straight in WXC and the KO heard ‘round the world in LFA has Jose Johnson a finish away from The Show, and despite the enormity of tonight’s bout against Ronnie Lawrence on Dana White’s Contender Series, the only person Johnson is concerned with impressing is himself.

“To be honest, I’m not even concerned that Dana’s there,” Johnson said. “No disrespect to him, but the mission has always been the same. Especially after I fixed my psyche and I told myself, ‘You’re a highlight reel finisher.’ I honestly believe that anybody you put in front of me I’m going to put to sleep, so that’s the goal.”

In only four years of professional fighting, the 25-year-old has already seen his career dip, yet he managed to right the ship just in time to put on the show of his life in front of the most powerful man in MMA.

In the early years of his career, Johnson found himself fighting to stay sane and throwing strategy out the window.

It took a very brief self-reflection period and now the flashiest first-round finisher is out of his cage.

“I’ve got some losses on my record that make it questionable,” Johnson explained. “I was mentally going through a lot. As far as everything in life I was going through a lot. I was fighting just to get over those humps and it was the only thing keeping me sane and that’s not the way you should fight.”

Checking his mental game has turned the promising fighter to must-watch TV. The fans in Michigan aren’t new to Johnson, but the rest of the world has had to wait until season 4 of Dana White’s Contender Series for their first introduction. Johnson has had an exciting style since he was an amateur, but now it’s flash, skill on the ground and refined striking.

Johnson’s head hasn’t been in the sand; he knows the bar that’s been set for bantamweights on DWCS and it’s not something he’s shying away from. He doesn’t feel pressure to win; he feels pressure to not end it in a boring fashion. A fighter as confident as Johnson is, a simple finish won’t cut it.

“I would definitely be a little bit upset with myself if it’s just a finish,” Johnson said. “Hell, everybody’s talking about this elbow and I’m a little upset with it. I wanted to do more. I wish I could have disengaged, let my hands go and then kick him in the head. That’s what I really wanted to do, but the elbow did it.”

So what if Johnson wins?

Are we going to see an exciting episode of DWCS and watch a safe fighter for the remainder of his career? Will Johnson forever be a fighter who coasts off a couple highlight reel finishes?

The intangible that sets Johnson apart is that when the phone rings there is no, “let me think about it and get back to you.” In WXC, after an opponent dropped out the week of an event, with no hesitation, Johnson, the natural 135er, took a fight with a last-minute replacement opponent at 155.

The ladder is there to be climbed.

What does Johnson think of fighting a 155er? Check.

What does he think about fighting an 11-2 prospect at LFA? Check.

What does he think about hypothetically stepping in late to fight someone like Jeremy Stephens or Edson Barboza to keep a card alive?

The journey to being the most exciting fighter in one of the hottest divisions in the UFC begins on Tuesday, September 1 on Dana White’s Contender Series.