"I put in my mind that I can’t be in a comfort zone, so I’m always working to evolve and improve my skills to do the things I need to do." - Jose Aldo 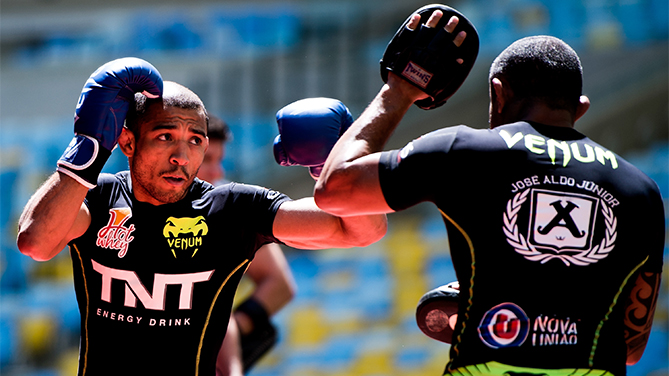 Jose Aldo has been the best featherweight fighter on the planet for the past five years.

While stringing together any type of success at the highest level of the sport is a feat unto itself, the Brazilian phenom has operated on a level few fighters have experienced in the history of mixed martial arts. Aldo emerged onto WEC scene as a highly touted prospect back in 2009, and five years and 11 consecutive victories later, the 28-year-old Nova Uniao leader has carved out his place in the UFC record books as one of the most dominant ever.

And his reign as the featherweight king is one he’s determined to continue.

That said, certain tides have shifted since the 145-pound title was first strapped around his waist. “Junior” rose to prominence in an era where there were multiple Brazilian champions sitting atop their respective divisions on the UFC roster, the most prominent being middleweight superstar Anderson Silva. As Aldo set about defending his throne, “The Spider” was busy writing what would become the most definitive chapter of his storied career, and their respective streaks would keep the spotlight on the Brazilian takeover for years to come.

Nevertheless, the G.O.A.T. would eventually be bested inside the Octagon, and heavyweight powerhouse Junior Dos Santos would have his title taken away in brutal fashion at the hands of Cain Velasquez. In a shocking turn, Aldo’s friend and teammate Renan Barao would be derailed by hungry upstart T.J. Dillashaw at UFC 173 back in May, leaving the long-reigning 145-pound champion as the last remaining title holder from the Brazilian contingent.

Yet despite the championship stronghold having somewhat shifted in the past two years, Aldo is determined to keep those fires burning on his native soil. He is a proud Brazilian champion and he has every intention 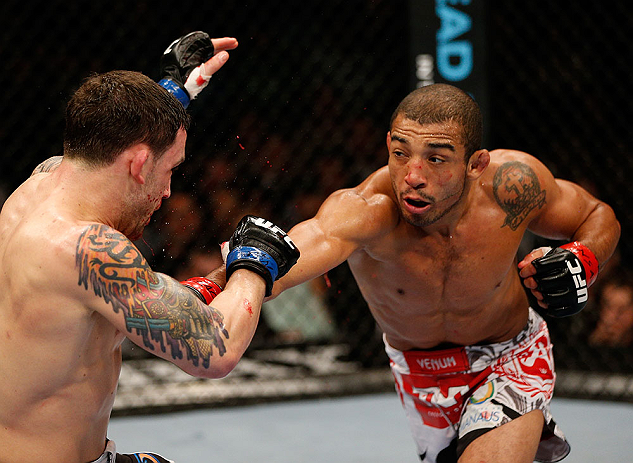 of keeping his reign of dominance rolling for years to come.

“It’s great being a champion and it’s very fulfilling for me to have the title, but at the same time, we used to have a lot of belts in Brazil,” Aldo said. “Now, I’m the only champion in Brazil. There was a time where we were on top and I wish for that to happen again.

“It was always my dream to be a champion. Since I’ve had the belt I have known that it is something I needed to work hard to keep. Everything I do in my professional career is about being the champion and it’s very important to me.”

While Aldo has been an unstoppable force throughout his impressive run as the featherweight champion, the wake of destruction he’s carved out extends beyond his time under the Zuffa banner. It has been nearly nine years since he suffered the lone defeat of his stellar career and that is an incredible accomplishment in an ultra-competitive sport.
> Watch: Free Fight - Jose Aldo vs. Chan Sung Jung

The nature of MMA demands fighters stay on a constant trajectory of improvement, but it can be difficult to keep the fires lit when success has come in massive waves. When it comes to things of this nature, Aldo keeps his personal motivations shielded from the outside world. He doesn’t concern himself with either praise or criticism, and he has his internal drive to keep him inspired and on task. 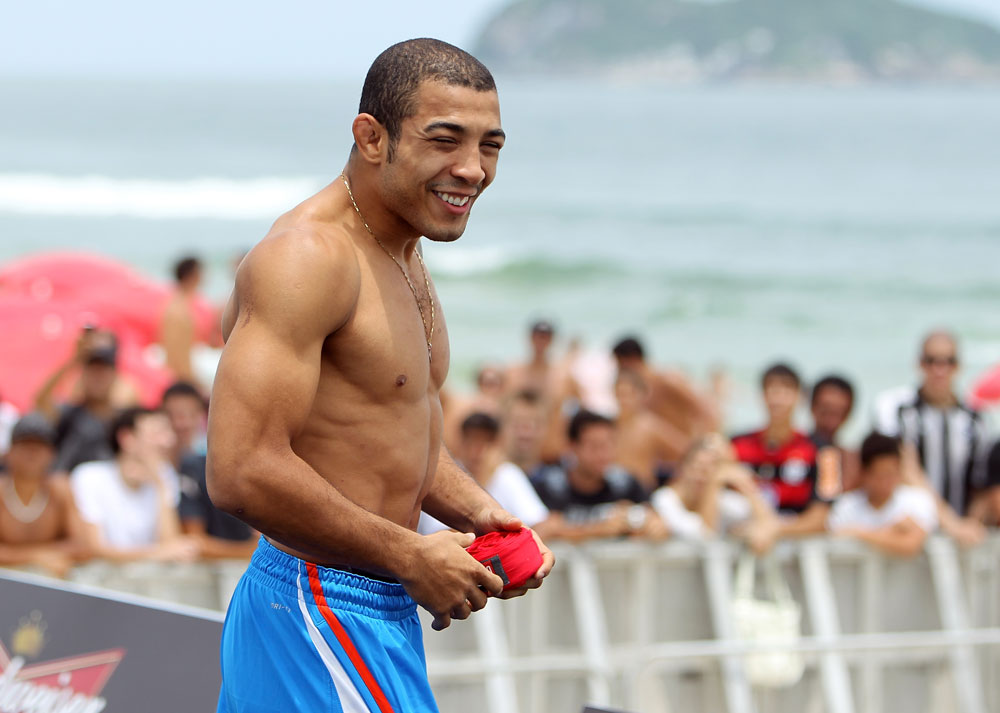 “First of all, I really don’t look at what people say about me online or hear what critics say,” Aldo explained. “I keep my focus on myself and the things I want to do. If there comes a day when this is not the case then that is probably the day that I’m going to have to stop fighting. I really don’t care what people are saying about me. Whether they are supporting me or putting me down, it really makes no difference to me because I have my own personal goals.

“I always keep in my mind that every fight is different and that every fight is a new challenge. I have a lot of goals set in my mind. I have a lot of personal records and those are the things that drive me forward and motivate me. I put in my mind that I can’t be in a comfort zone, so I’m always working to evolve and improve my skills to do the things I need to do.”

When a fighter sits on the divisional throne for as long as Aldo has, there are going to be challengers from the past who rise again to challenge for the title. Back in 2012, the featherweight king knocked out No.1 contender Chad Mendes in the first round of their tilt back at UFC 142, a fight many figured would be the biggest threat to the Brazilian striker’s run as champion.
> Watch: KO of the Week - Jose Aldo vs. Cub Swanson

In the time that has passed since their first meeting in Brazil, the Team Alpha Male standout has won five consecutive fights, with all but one victory coming by way of finish. As he began to build steam toward another title opportunity, harsh words and barbs began to fly between the champion and challenger and that business will be settled on Saturday night at UFC 179.

Once again Mendes will attempt to come into Aldo’s home country and derail the long-reigning champion on his native soil. It was a task he failed at the first time and Aldo believes the results will be repeated once the Octagon door closes.

“No fights are personal,” Aldo said in regard to the friction that has built between the two fighters. “I have something he wants and I’m going to go in there and defend my title. Everything can be said but it really only comes down to fighting and me defending my belt. Everything comes down to that.

“It’s also great fighting at home. I am used to everything and have adapted to everything here, but of course there is some extra weight that comes with fighting here as well. But it is something that I look forward to. I’m happy to go in there and fight at home once again in a rematch with someone I’ve already fought and defeated.”