The epic battle between Jose Aldo and Conor McGregor has officially been set for UFC 194 in Vegas, and Aldo looks to make it a quick night by beating Conor early. 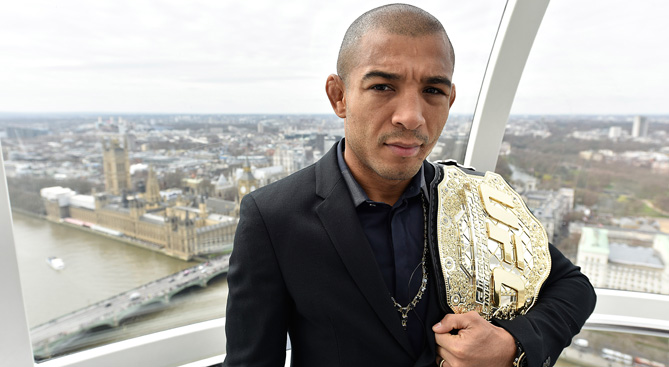 Jose Aldo and Conor McGregor will unify the UFC featherweight belts on Dec. 12, and the Brazilians hopes for a quick bout against the Irishman in Las Vegas.

Aldo vs. McGregor, originally planned for July’s UFC 189, headlines the UFC 194 pay-per-view card in Las Vegas, and "Scarface", who needed five rounds to win five of his seven UFC fights, plans on finishing "The Notorious" early.