A Brazilian reporter asked Conor McGregor which chant would reverberate loudest in the MGM Grand Garden Arena on July 11, when the Irishman challenges Jose Aldo for the UFC featherweight title:

Would it be the Brazilians’ “Você vai morrer” or the Irish’s “There’s only one.”

McGregor is convinced that the Irish contingent set to invade Las Vegas during International Fight Week will take over the city and the arena.

“The Irish will flock on the fight capital, and everyone that gets off that plane will be ready to fight,” McGregor said. “I don’t think the people in the city of Las Vegas know what they’re in for. … It’s going to be a phenomenal night inside the MGM. Make no mistake – it’s going to be electric.”

With more than three months remaining before Aldo and McGregor finally collide inside the Octagon, the two combatants made the second stop on a 10-city UFC 189 World Championship Tour on Monday to talk to a small collection of media members at the Red Rock Resort & Casino in Las Vegas. 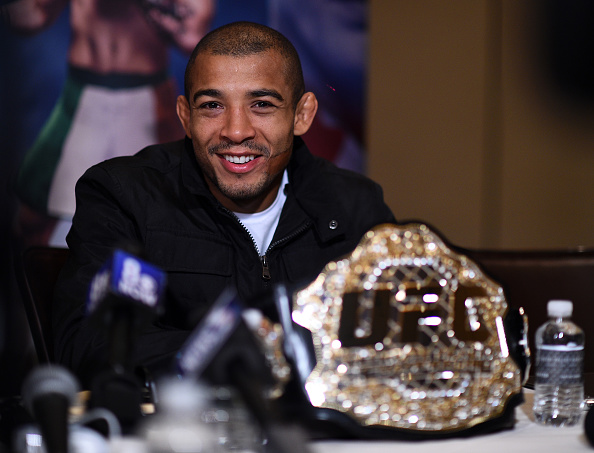 Both fighters continued their war of words, specifically Aldo, who said 50 percent of the reason McGregor is in the position he is in is because of his marketability. The other 50 percent, a mere afterthought in Aldo’s mind, is what the Irishman has been able to accomplish in the Octagon.

During the first staredown of the tour in Brazil over the weekend, Aldo said he sensed fear in McGregor.

“I saw it in his eyes. He asked me to face him in his eyes and I did it, and I saw fear in his eyes,” Aldo said. “I know he used to be a fan of mine, and watch all my fights. But I studied him. I know everything that he does.”
> READ: Aldo, McGregor Talk World Tour Trash, Or Is It Truth?

McGregor argued that it is actually Aldo who is feeling fear ahead of the big title fight. “Fear has a strong stench, and he is reeking of it. That’s it, I simply see fear,” McGregor said.

A student of the game that he loves, McGregor said he has studied Aldo as well. He said the champion can’t possibly know everything about his game because he’s always evolving and bringing new wrinkles with him into every fight. 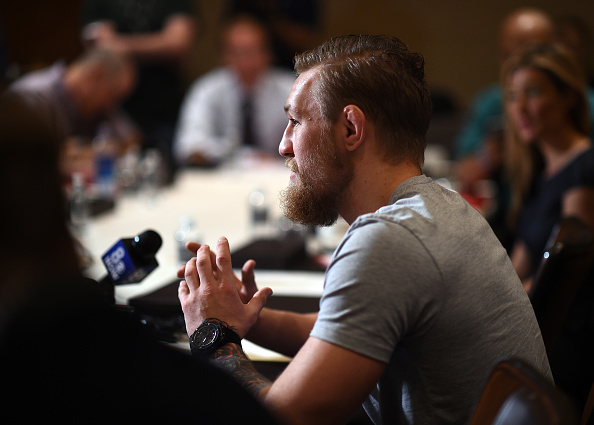 Aldo has been champion for a long time – more than five years if you count his WEC days. He’s the only 145-pound king the UFC has ever known.

Champions have come and gone during Aldo’s reign, but he said he’s been careful to pay attention to the mistakes his peers have made along the way.

“I learn from everything that happened. I look up to these champs and I take lessons from it,” Aldo said. “I am the champ for so long because I always face the next fight to be my biggest challenge. I never take it for granted and I always think it’ll be the hardest fight of my life. I’m confident this is the key to win.”

McGregor is as eager as ever to finally claim the belt. The brash Irishman said that when he faces Aldo at UFC 189, the outcome of the fight will be decided in the very first round. McGregor said he may not finish Aldo in the first, but “it will be a formality after that” if he doesn’t.