Jorge Masvidal Is A Different Type Of Ready

Jorge Masvidal Is Ready For Any Fight, Any Time, But When It Comes To His Rematch Against Kamaru Usman, He's A Different Type Of Ready
By McKenzie Pavacich, on Twitter @mpavacich_ • Apr. 23, 2021

It all started with a box of cookies, about 283 days ago. To quote the words of Jorge Masvidal directly, “it was either eat the cookies, or hold off.”

On just six days’ notice, with more than 20 pounds to lose and nearly 8,000 miles to travel between his home in Miami and UFC Fight Island in Abu Dhabi, “Gamebred” set down the box of cookies to step up and fill the gaping hole left in the UFC 251 main event.

It ended in a five-round unanimous decision for Usman, but Masvidal promised that given more than six days, he’d finish "The Nigerian Nightmare.”

“This rematch is going to be violent,” Masvidal said in an interview ahead of his UFC 261 fight week. “I’m going to give my all to end this individual.”

After explaining the vast difference between stepping in at the last minute and training for an opponent through a full fight camp, Masvidal’s coach Mike Brown of American Top Team added that Jorge’s loss “was really just a conditioning issue in that fight. It was not a difference of skill.”

“The fight didn’t go the way I expected because I didn’t work on my tap dancing enough,” Masvidal said, elucidating Usman’s technique of foot stomping, which he leaned on heavily in the original matchup. 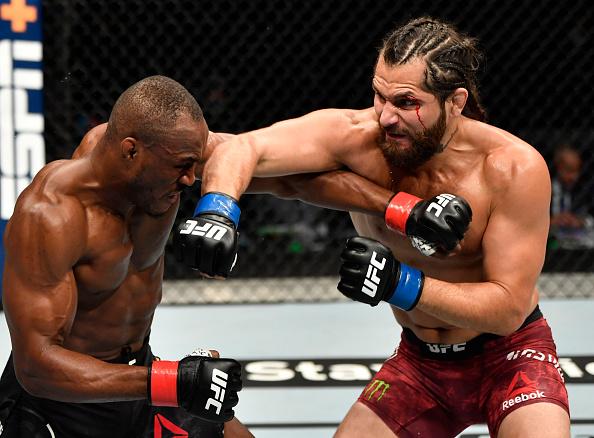 “I definitely learned things in the first fight that will help me in the rematch. The first thing being he hits not hard at all. He’s one of the softest hitters I’ve ever been in front of.”

And while Usman has criticized Masvidal’s motives for stepping in on short notice, citing his “built-in excuse” for a loss, the 36-year-old had some criticisms of his own of the champ, specifically in the way the fight ended.

“There’s no way in hell with somebody who takes a six-days short notice fight with me that I’m gonna let them walk out of there conscious,” Masvidal said.

Criticisms aside, here we are, gearing up for the epic rematch between the owner of some of the most violent, jaw-dropping knockouts in mixed martial arts and the owner of the longest win streak in UFC welterweight history.

There are a lot of familiarities in this rematch — the tension between Usman and Masvidal is comparable, if not more heightened this time around. The stakes are the same, with the UFC welterweight belt on the line. It seems as if the only difference is that this time, it’s a little bit closer to home for Masvidal.

The King of Miami will get to put on for his home crowd, just 350 miles north of the streets where his career first started. The support for Masvidal was evident inside VyStar Veterans Memorial Arena for Thursday’s press conference, with a roar of encouragement coming from the crowd to welcome him, while the champion was greeted by the bellow of boos.

“All that crap he’s saying, nobody believed it before the fight, and definitely nobody’s believing it now. When he had the chance -- he had a six-day me that obviously wasn’t in that type of shape — all he chose to do was to stalemate,” Masvidal said. 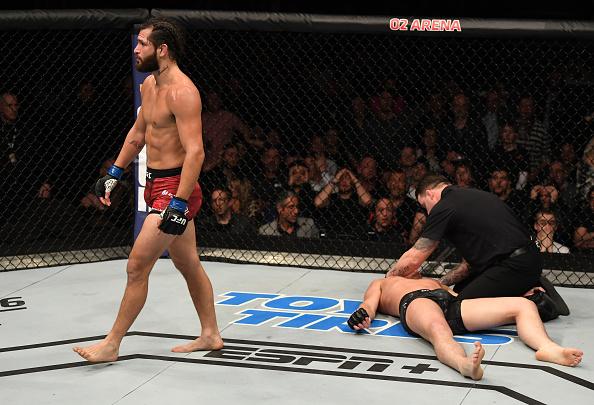 As Masvidal enters the Octagon for his 50th professional fight, and the second UFC title fight of his career, the benefit of a full fight camp for preparation, and the mouth of the legendary “BMF”, will be put to the test against the seemingly unstoppable Usman.

“I’m going to break Usman,” Masvidal said, hoping to be the first person in 17 fights and nearly eight years to hand the Nigerian a loss. “I’m going to get in there and I’m going to test his will from the very first second to the very last second.”