“I need to prove myself and prove to everybody that I belong here in the UFC and that I’m here to stay." - Jorge Lopez 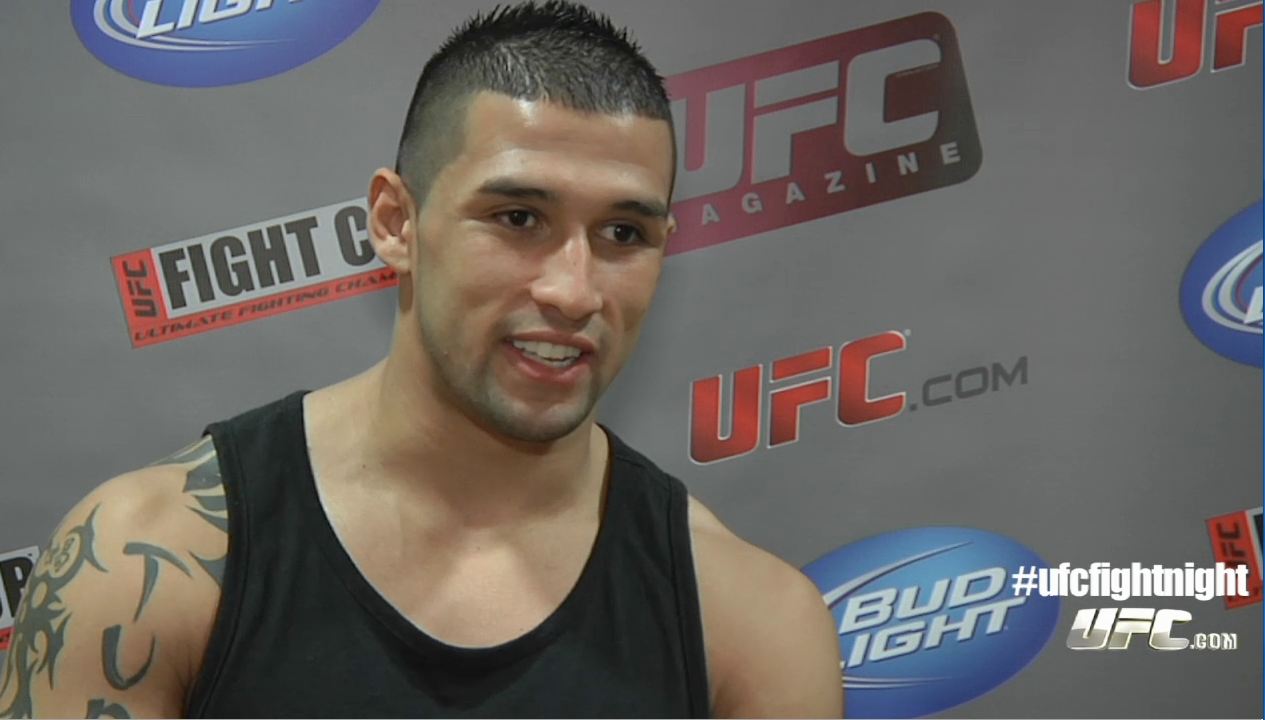 So Jorge Lopez, how did you spend your summer vacation when you were 14? If that was the assignment handed to the welterweight prospect when he returned for his sophomore year in high school, it would have been the essay to end all back to school essays.

Well, at least if you were a mixed martial arts fan. For those who weren’t, the names Wanderlei Silva, Anderson Silva, Shogun Rua and Ninja Rua wouldn’t mean much, but for every fight fan, you might as well call them the Mount Rushmore of Chute Boxe.

A talented athlete who was playing football as well as wrestling in Utah, Lopez began training with renowned jiu-jitsu master Pedro Sauer in Salt Lake City, and through there he met someone who knew Chute Boxe’s jiu-jitsu coach, Cristiano Marcello. One thing led to another and an invitation was issued to Lopez and his father Daniel to visit and train with the team in Curitiba, Brazil.

They accepted, figuring it would be a cool little vacation for a couple weeks while Jorge got the opportunity to train with some of MMA’s best fighters.

But what about school?

“I made a deal with my dad,” said Lopez. “I told him when I came back that I’d do summer school the following year. I missed a quarter of school, came back in the second quarter, did wrestling, and finished out the school year. And that summer I made up for my lost credits in summer school.”

So forget all this boring school stuff – what was it like to train with some of the baddest men on the planet? For the uninitiated, think of it like being invited to spring training with the Yankees or training camp with the Patriots. Lopez even admits that while it was a great experience at the time, especially being a big fan of “The Axe Murderer” Silva, it’s taken on even more meaning eight years later.

“It’s sinking in more now than it did then,” he said. “Back then, I just thought ‘this is just a cool experience, Wanderlei’s awesome.’ (Laughs) But I didn’t want to be one of those kids who was super star struck or emotional about it. I wanted to get there and train and test my limits to see how good I really was. At that age you want to be everything. I wanted to be a football player, I wanted to be a professional fighter, I wanted to be a police officer. So I really wanted to see how it felt training with these guys and I saw it and it was great because it kinda opened my mind and made me realize that it really wasn’t far-fetched. It was actually something that could be accomplished. But I look back on it and say whoa, that’s not common that you see a kid at 14 going to Brazil to train with what was at the time the best team in the world.”

No, it’s not, yet even when Lopez returned to Utah, it wasn’t like he dropped his books and ran to the nearest promoter. That would come in college, when his second year at Snow College proved to be his final one.

“After my first year in college, I started second-guessing it,” said Lopez, who had a football scholarship in hand. “And after another semester I realized that I had a better chance of fighting than I did of playing football, so I told my parents I was gonna drop out and pursue fighting.”

Needless to say, his mom wasn’t happy about it, but dad, not surprisingly, said if his son’s mind was made up, he was going to be behind him.

“He said ‘okay, if this is what you want to do, then let’s make it work,’” recalled Lopez, who moved to Ogden, Utah, and then Los Angeles, before settling down to train in Las Vegas at the Xtreme Couture gym. He turned pro in 2007, and with the exception of a split decision loss in his second fight to Nick Rossborough, won all his fights.

Then one day, a familiar face walked into the Xtreme Couture Gym – Wanderlei Silva.

“He was walking in to get a sparring session in,” recalled Lopez. “I was walking out and he actually recognized my dad. And after he looked at him he looked over to me, recognized me, and we started talking. He told me that he was opening his gym in about a year. He gave me his number, we stayed in touch and when his gym was starting to open, he asked me if I wanted to teach. We’ve been together since.”

And the buzz about the talented 22-year old keeps getting louder, so when the 11-1 welterweight steps into the Octagon this Saturday night in New Orleans to face TUF 13 vet Justin Edwards, plenty will be expected of him, especially considering that Silva expects his fighters to fight with the same ferocity that made him one of the game’s legends.

And the level-headed Lopez isn’t putting too much stock in his increasing popularity. The way he sees it, the attention is nice, but it doesn’t mean anything until he proves with his performances that he deserves it.

“I’m getting more interviews, more friend requests, more people following me on Twitter, but none of that really matters right now because I haven’t done anything in the sport yet,” he said. “I need to prove myself and prove to everybody that I belong here in the UFC and that I’m here to stay. I try to not get too wrapped up in it and I try not to let it get to my head.”

Jorge Lopez is not the second coming of Wanderlei Silva. He’s the first Jorge Lopez, and that has proven to be pretty impressive in its own right thus far. But if there is one thing he shares with his mentor, it’s that feeling that on fight night, there is no place in the world he would rather be.

“That’s just part of me,” said Lopez. “I love the fight week, I love getting on the airplane knowing that I’m going somewhere else to fight, and I love that feeling. I want to get out there as fast as I can, and when they call my name or my music starts, I don’t walk; I run out there.”