Jorge Gurgel Still Has Something Left in the Basement 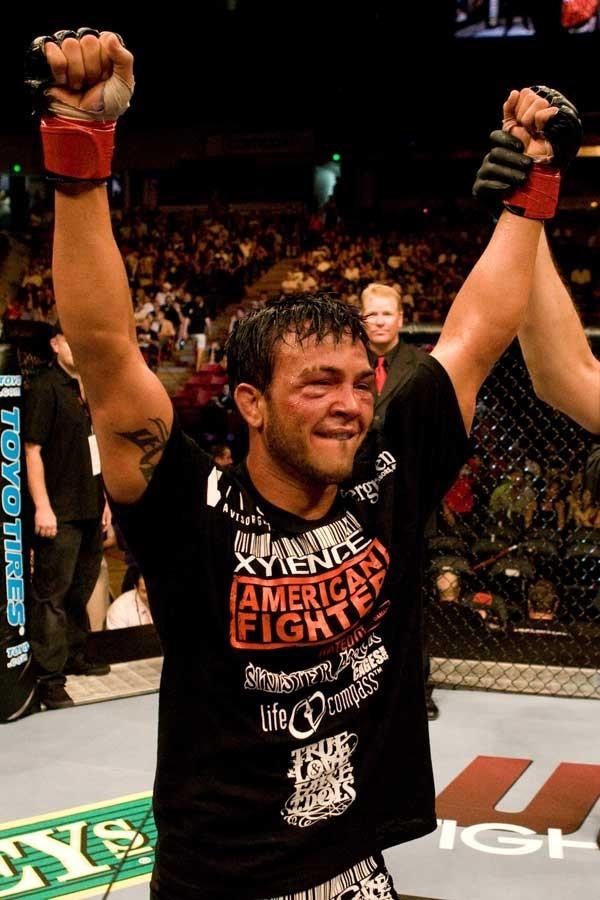 Jorge Gurgel is at peace. Well, as much as one of the most energetic men in mixed martial arts can be, so let’s just say he’s reached the point in his life, as he nears his 36th birthday, where he’s finally figured things out.

It wasn’t easy getting to this point, but as a married man, an active prizefighter, and a renowned coach, things have settled down for him, at least in his head. And sometimes, that’s all the peace a man needs.

“I consider myself a great fighter, but not the best fighter, and I’m a great fighter, but I’m the best coach,” he explains. “My calling in life is to make champions, and that’s what I do. I put my students ahead of me, and like we’ve talked before, it has cost me success and victories and a lot as far as my mixed martial arts career, but do I regret it? Not at all. I have something to fall back on.”

That’s not what you expect to hear from a fighter facing a pivotal bout this weekend in Oklahoma City on the last ever Strikeforce show, but Gurgel has never followed the conventional path. He wound up in Ohio after relocating from his native Brazil, he opted to stand and trade when his black belt level jiu-jitsu game would have made life easier for him, and he married his bride – fellow fighter Zoila Frausto – when everyone assumed that he would be a bachelor for life. So when you hear Gurgel say that he’s a better coach than fighter, you raise an eyebrow, but only for a split second. Then you realize that he means it, as evidenced by him spending the last weekend before his fight cornering his sister-in-law Stephanie for her Invicta fight in Kansas against Cassie Rodish.

“It’s family first,” he says without hesitation. “I’ve always been this way. My sister needs me, my wife needs me, and right after my fight I think I’m gonna take a vacation to go to California to see my in-laws. Then I’m going to come right back to doing my work because they all need me.”

It’s probably the most unselfish attitude you’ll encounter in the fight game, one that may have cost the UFC and Strikeforce veteran some wins over the years, but even though he’s acted like this throughout his time in the sport, it was only after a heart-to-heart talk with his father a couple years back that his true calling started to click.

“If I’m in the middle of a training session, two or three weeks out from a fight, and in the corner of my eye I see one of my students doing a wrong armbar or throwing a kick that’s lousy, I’ll stop what I’m doing and fix it,” said Gurgel. “That’s just how I am and I’ve always been like this. My dad said that’s just how I’m wired. I’m meant to be a coach. It hurt the first time he said it. I was 28 years old, and he said ‘Jorge, you’re a better coach than you are a fighter.’ That really hurt my feelings the first time he said that to me, and I pretended I didn’t hear it. Then (former UFC middleweight champion) Rich (Franklin) ended up telling me the same thing. He said ‘you’re an amazing coach; if you could just listen to your own self. If you had your own Jorge, you’d be a lot more successful.’

“When I got married, I just kinda calmed down. I started looking at myself in the mirror and the difference that I made when I was present during the pro practice of my own fighters. Looking at how much faster they developed and got better, and how much faster they produced when I was present, running practice, and fixing things as they go. So I prioritized the people that I love and I know that I can make a difference with before my own priorities. I get such a high when I know that I made a difference and they’re winning and I’m providing them with a good livelihood. I can’t help it. If you really want to be a good leader, you can’t claim that you’re a leader. You have to put others in front of you. I didn’t try to be this way, I’ve really tried to be selfish at times, it’s just the way I am, and I’m done fighting it. I’m at the tail-end of my career, all I’m interested in right now are big fights, which I’m getting now, and I wouldn’t want anything else.”

And about big fights, Gurgel has one this Saturday against Brazil’s Adriano Martins. But don’t think the Ohioan has devoted so much to his students that he’s forgotten about the task at hand. Not by a long shot. When Gurgel talks about Martins, who is fairly unknown here in the States, he cites chapter and verse about his accomplishments, his titles, and his fight game, and when it comes to preparation, he made sure to find enough time to escape to Michigan for training camp.

“I went to Michigan, secluded myself for five weeks, and I feel the best I ever felt,” he said. “For the first time in my career, I have a game plan.”

That game plan doesn’t just apply to this week’s fight; it also applies to what may happen after the final bell sounds. And if this is supposed to be the time for the tear-jerking retirement speech, Gurgel isn’t about to deliver one. In fact, he’s just getting started.

“I will go right back to the UFC,” he says matter-of-factly. “To me, it’s already a done deal. I’m gonna win the fight, I’ll continue training very hard, teach my guys, make champions, and when duty calls I’ll seclude myself again and I’ll get prepared. I’m very aware that this is make or break. I lose this fight, I’ll get released from Zuffa. I win this fight I’ll go directly to feeling the UFC canvas underneath my feet again. Does this put any added pressure on me? Absolutely not. I trained as hard as I can train, no matter the circumstances, no matter what’s on the line.”

Sounds like this coach has plenty of fight left in him. He laughs.

“It’s like the Rocky Balboa movie where he gives his speech and goes ‘I still have something left in the basement,’” said Gurgel. “I love to fight. I am a fighter. I love to coach too, but I love the training, the preparation, the seclusion, the mental training, the grueling conditioning, the sparring, the rolling, the getting to the cage, hearing the crowd chanting my name, every blow that lands. I’m not ready to give that up. I dream about it at night, and I still have a lot left in the basement. I just can’t stop fighting.”