Jordan Williams Is Living In The Spur Of The Moment

Jordan Williams knows that it’s a big deal to be fighting in Madison Square Garden Saturday night. But it’s not the biggest deal when it comes to his bout against debuting Dubliner Ian Garry.

Well, the scenery is great at MSG and in NYC, but the 31-year-old has more pressing matters on his mind, namely getting into the UFC win column for the first time after starting his career in the Octagon with back-to-back losses to Nassourdine Imavov and Mickey Gall. There’s no shame in losing to high-caliber opposition like that, but the Wisconsin native knows that moral victories won’t double his paycheck on fight night.

“My back's against the ropes, and responsibly speaking, I can't be all happy and enjoying the moment,” he said. “I have to be working for this moment and working for the moment to come, which is getting my hand raised in the Octagon. I have to respectfully be like, I need to impress the boss.”

UFC President Dana White was impressed enough with Williams to bring him into the fold after his third appearance on Dana White’s Contender Series in 2020, and “Bomaye” is hoping the third time’s the charm again, this time in the big show. 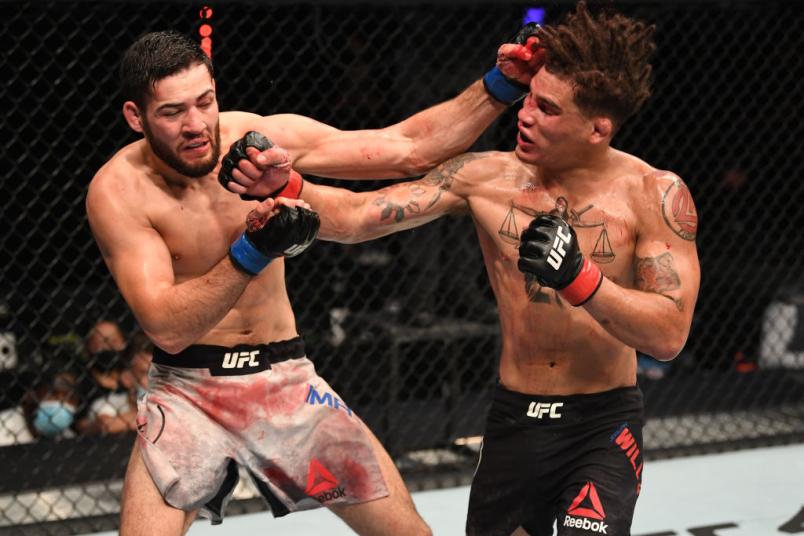 “When I get that W, I'm gonna be up and over that moon, fully,” said Williams, who will take on Garry after his second training camp with Marc Montoya and the Factory X squad in Colorado. Getting some new looks and a committed team behind him was just what the doctor ordered for Williams after his debut loss to the surging Imavov.

“I happened to be fighting on two cards with coach Marc Montoya there, so I already had an idea of how committed he was to his athletes,” said Williams. “He'll fly halfway across the world for them. I saw that and he told me about how much of a family the team is, which is definitely needed, and there are a lot of bodies there, which is definitely needed. And this guy, he's a strict general - he keeps me in line, and I also need that type of figure in my life. I need friends, but I also need a coach that's a hard ass on you. I don't mind having that type of kick in the butt to get into gear. The way he sails his ship, it's a tightly run crew, and it makes you feel accomplished for being part of it.”

And though his first fight with Montoya and company in July didn’t result in a win, Williams and his new coach believe they have the pieces in place to get the job done this weekend. 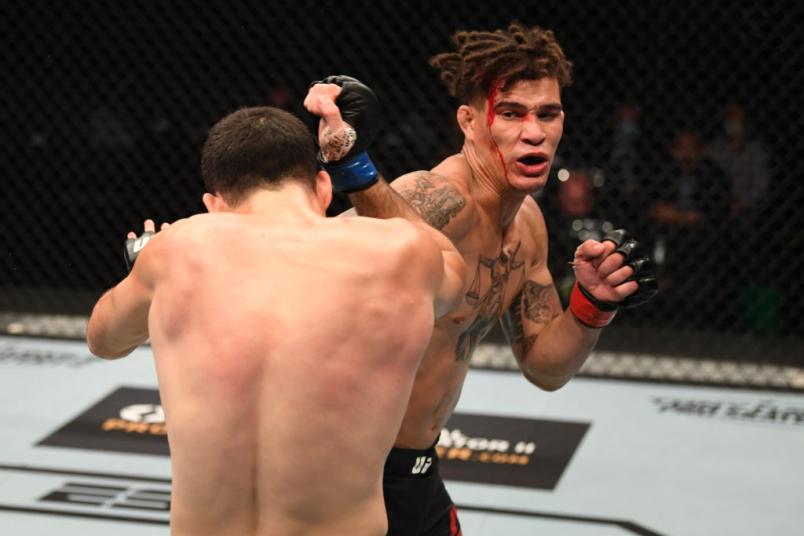 “We have to figure out our game plan, then organize it and ultimately work for it and not be so spur of the moment,” said Williams. “You have to be instinctual, but at the same time, we have to be present and know what we want and figure out how to get it and keep that in our mind, and not just have random reactions.”

Most importantly, Williams knows that when it’s all said and done, he controls his own destiny when he’s got those 15 minutes to play with in the Octagon. And that’s something rare in life that he’s not taking for granted.

“There's gonna be a point in your career when it all ends, when you don't get these calls, and you don't get the luxury of being nervous for two months because your career's over,” he said. “So I like to think about the ‘what if’ and the ‘what will be,’ and how much control I have of that in my life right now. It's a big risk, but at this point, we have more control than ever to change our lives, and that's a feeling that you should cherish.”