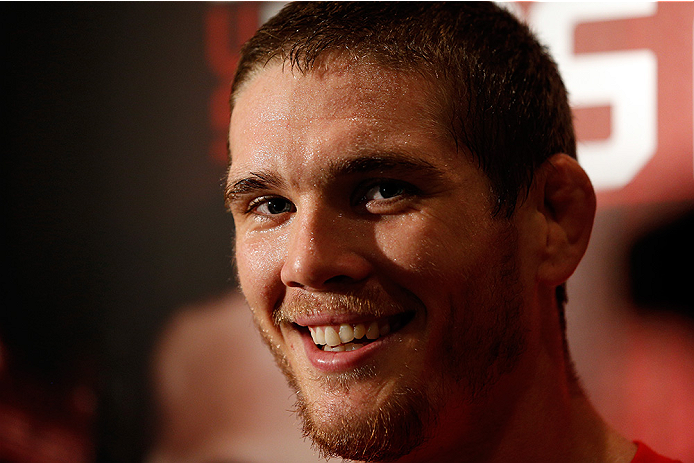 In any combat sport, an athlete leaving at the top of his game is a rarity. Jordan Mein joined that select group Wednesday, announcing his retirement from professional MMA competition at the age of 25.

“I’m ready to transition to a different part of my life. I’ve been at this for 12 years, 10 years professionally, so I’m just ready to move on in my life.”

If 25 seems to be young for a fighter to call it quits, the above statement will display just how long the Lethbridge, Alberta, Canada has been at this, with his 29-10 record proof positive that the “Young Gun” had quite a quality career. Yet after competing professionally since the age of 16, he decided that it was time to move on to something new.

“I really got into teaching,” Mein said. “I love martial arts, it’s just the competition side of it, staying at that high intensity and high level, and I’m going to a different aspect of life. I just don’t want to compete anymore at the highest level. I still love to compete in the gym, and I’m more into wanting to teach and maybe even going a different route and getting away from martial arts and doing something else. I don’t know yet.”

“I’m either going to be a doctor or a professional bowler,” he laughs. “I don’t know.”

Owner of a 3-2 UFC record, Mein’s career began long before he graced the Octagon for the first time in 2013. Turning pro in 2006 with a fight against another future welterweight star in Rory MacDonald, Mein learned on the job and never backed down from a challenge. By 2011, he had proven himself on the Canadian scene, picking up wins over Josh Burkman, Joe Riggs and Marius Zaromskis along the way, garnering him a call from the Strikeforce promotion.

In Strikeforce, Mein went 2-1 with wins over Evangelista Santos and Tyler Stinson, his only loss coming via split decision to Tyron Woodley. The next obvious step for Mein was the UFC Octagon, where he defeated Dan Miller, Hernani Perpetuo and Mike Pyle. His 2014 TKO of Mike Pyle earned him a Performance of the Night bonus, while his first Octagon defeat against Matt Brown in 2013 saw him and “The Immortal” pick up Fight of the Night honors.

Mein’s final bout at UFC 183 in January was a barnburner against Thiago Alves, and though the Canadian appeared to be on his way to a victory in the first round, Alves came back, caught Mein in the second, and stopped him. Regardless of the final result, it was a solid performance from Mein, allowing him to leave the sport on his own terms.

“I’m super happy with the way my career went and everything I’ve done in the sport, so I don’t really have that feeling of ‘I can’t retire because I haven’t done anything in my career and I don’t feel satisfied,’” he said. “I do feel satisfied, and I’m happy with myself. I’m not coming to the gym saying ‘I made the wrong decision.’ I’m feeling good about the choices I made in my career. I think it would be different if I didn’t feel that way and if it was a forced situation.”

Now it’s on to chapter two, whether it’s teaching, bowling, or something entirely different. It’s nice to have a blank slate at 25, and Mein is about to take advantage of it. As for his final take on his career and what he hopes people remember about it, he says, “I was always trying to fight my heart out, even if it wasn’t the smartest way of fighting. When people look back at my career, I want people to really see how much I’m expressing myself in there and giving it everything that I have. Sometimes that paid off, sometimes it didn’t, but I’m happy that I gave it my all.”