Jordan Leavitt laughs when told that he was just nine years old when the man he’s fighting this Saturday – Matt Wiman – made his pro MMA debut. It’s not a nervous laugh, more of a ‘Wow, that’s pretty cool’ one, but you do have to wonder if knowing that he’s facing someone he grew up watching adds to the first-time UFC jitters that could show up.

“I used to watch Matt Wiman when I was in high school,” said the 25-year-old Leavitt. “I was a big fan of him, so I have mixed feelings about fighting him, and it's very strange. But I wouldn't walk in there if I didn't believe I belonged. And it's hard for me to let the negative emotions overpower the positive because I'm just happy to have made it, and I'm happy to be performing on the stage. I've mostly just been focusing on the journey, not really the endpoint. I guess we'll see if I worry when I get there, but I definitely still feel like that mantle of peace is over me.”

The mantle of peace. It was there for the Las Vegan when he stepped into the Octagon in August and got his seventh pro win by submitting Jose Flores in the first round on Dana White’s Contender Series. It’s something you might not expect, especially when you consider all the variables involved. An impressive win could mean a UFC contract. A less than an impressive victory or a loss means a return to the regional circuit to get more experience and more wins. In other words, there was a lot on the line at the UFC Apex that night.

“Actually, for the first time, I feel like I walked into the cage with little or no anxiety,” Leavitt said. “Up until that point, I always pictured myself making it into the UFC. I knew I could do it, but I always was afraid that my talent would never be recognized or that I would lose a fight and people would just always overlook me. So just by me making it to the Contender Series, I felt a sense of validation that I actually deserved to be there, and I wasn't deluded for thinking I would eventually make it. I felt a sense of belonging when I got that call, and I felt a mantle of peace that entire fight week because I had obtained my goal. I was in the conversation to make it to the UFC and I really feel like I just wanted to be recognized for that. And it was nice that my reality started to match my dreams.” 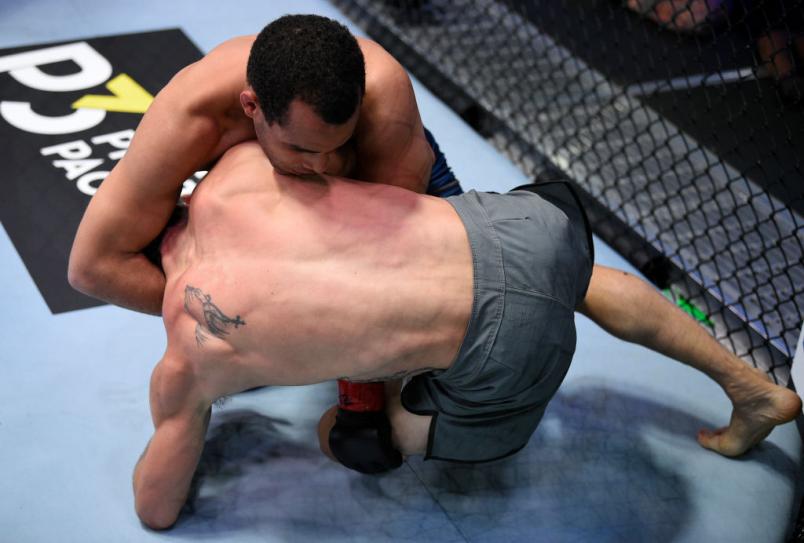 In less than five minutes, reality did match his dreams. Now he gets to fight in the UFC and begin a new chapter of his career in one of the promotion’s toughest weight classes. But Leavitt, despite having only seven pro fights, is confident that he’s up to the task.

“I know if I perform the way I know I can perform, I should have no problems,” he said. “Of course, there's a little iota of luck out there, but I honestly and truly believe that when I show up on fight night and when I dot my Is and cross my Ts that I can compete with almost anybody.”

Maybe that’s what Leavitt needs to think in order to put everything else on the backburner for 15 minutes or less in the Octagon, but there is so much more involved with this weekend’s fight and in every other fight from here on out. If he can keep the wins coming, Leavitt can change his life forever, and as more people tune in, see what he can do on fight night and hear his story and take in his unique approach to everyday life, well, that’s star level stuff right there. And though he’s not concerned with such matters at the moment, he is happy that he’s at a place where he can be who he wants to be. 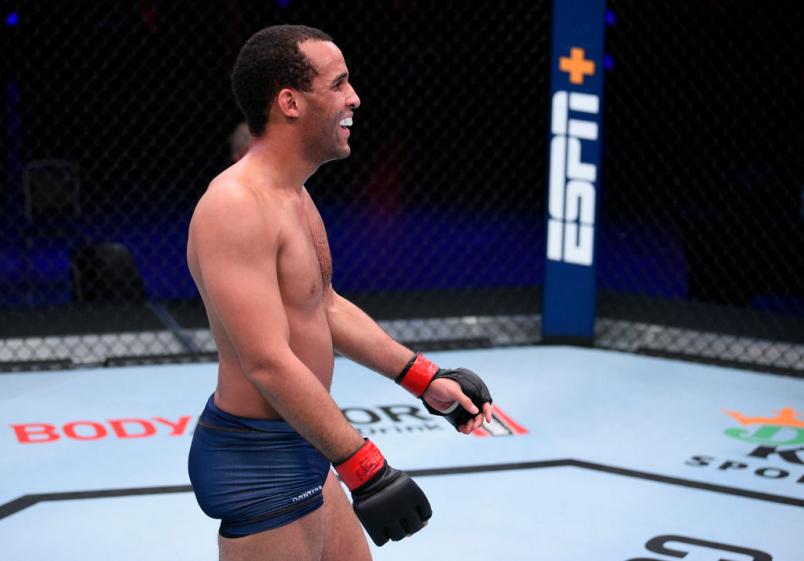 “I think I've really been blessed because from a young age, I've always not cared what people thought about me,” he laughs. “When I was a kid and a teenager, my generation, we're a little more open to kids being weird, but as I got older and came into fighting, you see a lot of fighters and they're not exactly carbon copies, but they're kind of echoes of each other. They try to be like their favorite fighter and their favorite personalities, and it all comes off as really fake and artificial. That's why up until very recently, I just couldn't do social media. I didn't know how to talk like a fighter, I couldn't put myself in that mindset. I can't think from any other perspective than my own.

“It took me a while until my coach and everyone was saying you don't have to try to be a fighter. People like you for you and real recognizes real, so eventually I had to get confident that people would actually not care that I was different in this field,” Leavitt continues. “In my everyday life, I don't mind being the black sheep, so to speak, but in fighting, it's a little bit scarier. People say horrible things to you on social media if you don't fit the mold. I'm very blessed that I don't care on a personal level what people think of me, but also I think it's been very reassuring that on a professional level, me being unique is starting to help me because people recognize my authenticity.”

Anyone who lists his mom, Jesus Christ and Dave Chappelle as his heroes on his UFC bio form is clearly not interested in following the path more traveled, but it is as real as it gets for Leavitt, who saw what his mother went through as a single parent to raise him and his two siblings, and was inspired by it. Not necessarily to directly follow in her footsteps, but to do what he could to live the life he wants to live. And at the moment, that means living the life of a professional prizefighter. 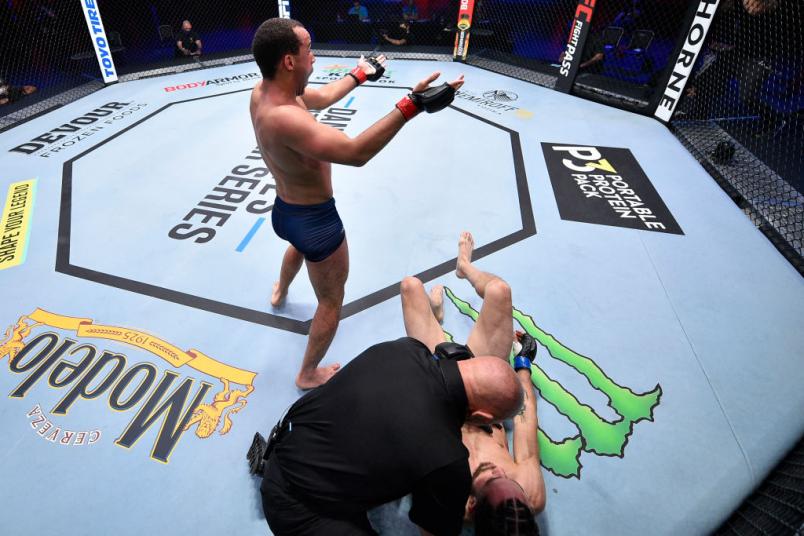 “I was raised by a single mom, and she started her own business,” said Leavitt. “She's worked hard my entire life to take care of us. Even though she was successful, she was trapped by it. And even though she had the wealth and the stability, she didn't have the freedom to do what I think she would have liked to do with her life and have the fun and accomplish the goals that she wanted to do. And even though she had the fulfilling family life and she raised three good kids and she's a grandma now, I saw how hard it was for my mom to make those sacrifices. And when I look at fighting, I see a path to freedom and flexibility in my life. I can train for four hours in the morning, and then hang out with my wife for a few hours, and I just get more time to spend doing the things that I love, and spend time with the people that I love. I feel like I might be miserable if I was on a schedule my entire life.”

Well, there is a schedule to be kept, as he’s got a fight to get into on Saturday. That’s just fine with Leavitt, who, despite not having 20 fights under his belt, knows that he belongs. He’s known it for a long time, too. Now it’s time for the world to see it.

“Since I've been 18, there were some positions where I would get the better of fighters who do this for a living,” said the Syndicate MMA standout. “And I felt like I was really having a lot of success with them and I felt like I was really there. The way we perform in a fight and the way we perform in the gym is sometimes very different, but it definitely helps me mature as a fighter, having to wait, and I feel like my career will be better off because of it. But it was very hard to be in the gym every day with these killers, these people that I watch on TV, and know that I could do that if only the stars aligned. I'm glad I had to wait and work to get that shot, even if I thought I was ready a year or two prior.”