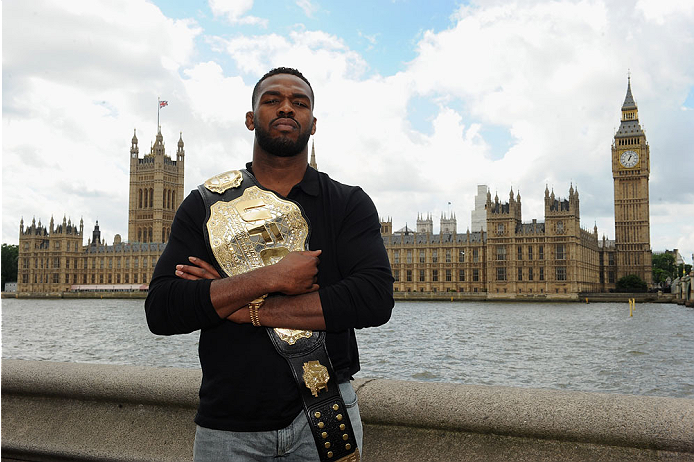 White clarified that neither fighter was injured, and that Jones vs.Teixeira will likely occur sometime in March. Fight cards and news will be updated on UFC.com as soon as specifics are available.

original article: The next bout for UFC light heavyweight champion Jon Jones is now official, as "Bones" will look to extend his record-setting title defense streak against Brazilian powerhouse Glover Teixeira on Saturday, February 1 at the Prudential Center in Newark, New Jersey.

Joining Jones-Teixeira on the Super Bowl weekend card will be a heavyweight showdown between Frank Mir and Alistair Overeem. Originally scheduled for UFC 167 in Las Vegas, the bout has now been shifted to New Jersey.