Taking a look at some numbers on Jon Jones vs. Daniel Cormier... 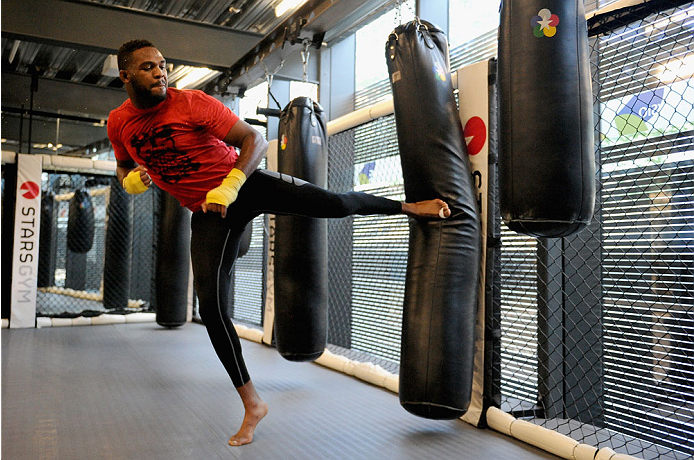 As soon as it was announced that Daniel Cormier was stepping in for the injured Alexander Gustafsson to face UFC light heavyweight champion Jon Jones in the main event of UFC 178 on September 27, breakdowns of one of the most intriguing title fight matchups ever began.

Can Jones wrestle with the two-time U.S. Olympic wrestler?

Can Cormier get Jones into deep waters, and if so, who will survive such a test?

But the most prevalent talk centered on the physical attributes of the two combatants, namely the 6-foot-4 Jones’ height and reach advantages over the 5-foot-11 Cormier.

Now height never won a prizefight, but reach has, and no one knows that better than Reed Kuhn the author of Fightnomics. So how much does reach play into the end result of a fight?

“A lot,” said Kuhn. “All things being equal, reach is valuable and reach does favor the longer guy. So when you have what I would consider a large reach differential, which I usually describe as more than six inches, and in this case we’re talking a foot, the longer guy will win 65% of the time.”

Yes, Jones, owner of the longest reach in UFC history at 84.5” will hold a 12-inch advantage over Cormier, who was measured at 72.5” before his UFC 173 win over Dan Henderson. Only 10 fights in the UFC have had a differential of 10 inches or more, and the longer fighter won 80% of the time, with one of those upsets due to an injury stoppage.

According to Kuhn, Cormier’s reach puts him between the UFC averages for the lightweight and welterweight divisions. That may be a serious issue for “DC,” especially since this is the biggest reach differential ever in a UFC title fight, and the third longest in UFC history*.

The previous record holder? Jones vs. Rampage Jackson in 2011. In fact, the top five in title fights all include Jones, who has won every championship bout he’s competed in. Add in the fact that he holds an advantage in age at 27 to Cormier’s 35, and September 27 might be a long night for the Louisiana native if only for the reality that the challenger has a few intangibles that close the gap quite a bit.

“Cormier is used to being the shorter fighter,” said Kuhn. “He was at heavyweight fighting much bigger guys and he still did just fine, so I think this is more of a stylistic matchup. I don’t think he’s going to just sit on the outside and get picked apart by Jones’ reach. He is small and he’s compact, but he can throw people around, so he’s going to spend the whole fight presumably trying to get close to use his wrestling and be on top, and he does have a chance to do that.”

Antonio “Bigfoot” Silva. Josh Barnett. Soa Palelei. Frank Mir. All big heavyweights, and all heavyweights Cormier beat convincingly. Also, consider that Jones has never made a secret of his desire to best his fellow wrestlers at their own game, which means nullifying his reach advantages to grapple at close range or on the mat.

All of a sudden, it’s a new fight once again, one that could favor Cormier, who said on Wednesday, He’s not going to outwrestle me; that’s not ever going to happen.”

So who wins? You can flip-flop a hundred times over the next two months, and that’s what makes a great fight. Will Jones be the favorite? Likely, but it does pay to throw out another number, that in Matt Serra’s stirring win of Georges St-Pierre in their first fight in 2007, “The Terror” scored the biggest reach upset as well, with an eight-inch deficit to GSP.

Just a little food for thought until September.

For more information on Fightnomics, visit www.fightnomics.com and to learn more about Reed Kuhn's work, pick up the Fightnomics book by clicking here