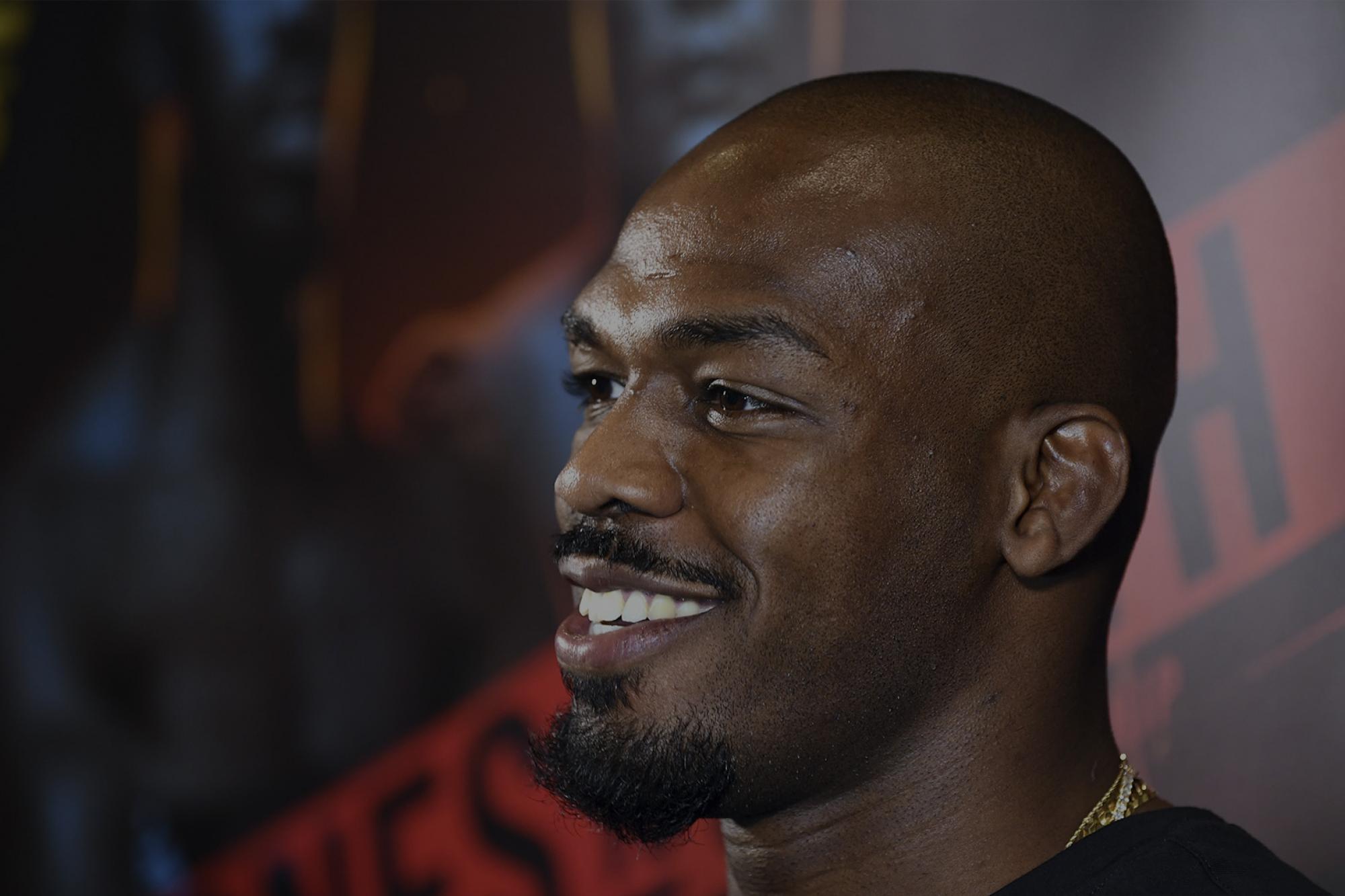 Jones Fighting For The Fans In 2019

"I’ve spent a lot of time under suspension and I feel like it’s only fair to the fans to give them what they want, and that’s activity and an extremely busy champion."
By Thomas Gerbasi • Mar. 1, 2019

March. It’s the month those New Year’s resolutions are just about coming to an end. The all-salad diet has turned into ordering quad burgers from Shake Shack, and the treadmill is once again more of a place to stack laundry than a workout machine.

But as the third month dawns, UFC light heavyweight champion Jon Jones is gearing up to keep his wish for the year intact.

“My New Year’s resolution was to promise myself to remain really active and be closer to the gym this year than ever before and to compete four times this year,” said Jones, who kicks off his 2019 campaign on Saturday against Anthony Smith. “The reason why I set that goal, which is a tough goal to set at age 31, is because I’ve been absent. I’ve spent a lot of time under suspension and I feel like it’s only fair to the fans to give them what they want, and that’s activity and an extremely busy champion. So my goal is to fight the way I did when I was in my early 20s, be extremely active and keep the fans happy.”

Light heavyweight champion Jon Jones talks about his past few months including UFC 232, his upcoming matchup with Anthony Smith, and his desire to be constantly active in 2019.

The fans were happy to hear of Jones’ quick turnaround for the main event of UFC 235, which came on the heels of his December 29 win over Alexander Gustafsson. In that UFC 232 bout, which was a rematch of the classic 2013 battle between the two 205-pound stars, there was no war, no Fight of the Year candidate, only Jones dominating before halting “The Mauler” in the third round to regain his light heavyweight title. And that was just fine with “Bones.”

“The fight went better than we expected,” said Jones. “It was perfect. I was able to get out of the fight uninjured. The first time I fought him, I was getting stitched up, I couldn’t walk, it was terrible. And mentally, we prepared to have a similar fight.  But this time I was completely healthy after the fight, I barely got hit, and it was beautiful.”

The victory put Jones where he was before a suspension for a positive drug test that took him out of the Octagon for 17 months, and while it didn’t add any significant clips to the New Yorker’s highlight reel, it was a measured and impressive effort after such a long layoff, and now he can get back to the business of building his resume as an all-time great. Then again, Jones may have another distinction he’s chasing.

Even with his out of the Octagon issues over the years, Jones has a good case for being the most dominant champion in the history of the game. Outside of his five-round war with Gustafsson the first time around and a near submission while facing Vitor Belfort, Jones has barely been touched since entering the UFC in 2008, and though he’s got a tough test in Smith, who is going to be the first fighter Jones has ever faced that is younger than he is, oddsmakers believe the champion will retain his title. Smith thinks otherwise, but Jones has heard that before.

“Anthony Smith believes I have a lot of holes in my game and they believe that they’re the team to figure them out and exploit them,” said Jones. “I’ve been hearing that for ten years. And so far no one’s been able to do it. I fight completely different every time I go out there, so I think it’s really hard to prepare for me. Half the time I don’t know what I’m gonna do when I go out there, so I highly doubt that he knows what’s gonna be happening.”

What is certain is that despite having over 40 pro fights, Smith will be in a situation unlike any he’s ever been before. That kind of situation is home to Jones, and he is well aware that letting his foot off the gas could be the ticket to an upset of epic proportions. And he’s not about to let that happen. There’s too much to lose now.

“We take him very seriously, we understand that he’s a huge underdog, and they say hard work beats talent when talent doesn’t work hard,” said Jones. “We know we’re an extremely talented program and we also pride ourselves on being extremely hard working.”

So what happens on Saturday night in Las Vegas?

“My mindset is to respect Anthony but go right through him.”