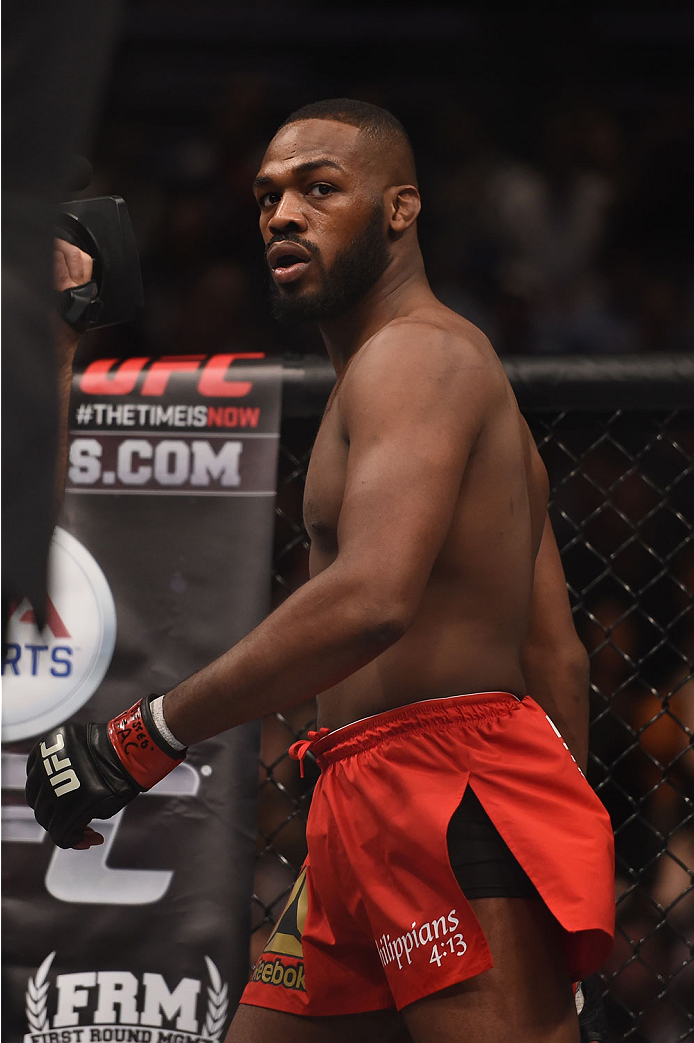 What should have been a time for celebration for Jon Jones after the eighth successful defense of his light heavyweight title on January 3 instead turned into a disaster when it was revealed that the New Yorker tested positive for cocaine a month before the fight. Monday night, Jones broke his silence in an interview with FOX Sports 1’s Charissa Thompson.

“I definitely don’t have an excuse,” Jones said. “I’m not here to make excuses about what happened. I did it. I’m not gonna blame my friends, or pressure or stress. I messed up. I can’t call it a mistake because I consciously did it.”

Admitting that he took cocaine at a party, Jones knew that when he was tested on December 4 that things weren’t going to turn out well for him.

With the positive test coming outside of competition, Jones, 27, was allowed to compete in his UFC 182 main event against Daniel Cormier, which he won via unanimous decision. The news broke a few days later, with Jones immediately announcing that he was going into rehab, a stint that didn’t last long.

“I went in for a 24-hour evaluation,” Jones said, explaining that he spoke to three doctors over seven hours, with the conclusion being that he would be sent into an out-patient program in which he goes through counseling sessions while being drug tested weekly. And while he admits to experimenting with cocaine in college, that was the extent of his usage until last December, a decision that cost him a $25,000 fine for violating the UFC's Athlete Code of Conduct policy.

“I’m not a cocaine addict by any means, or even a frequent user,” he said. “I just made a really dumb decision and really got caught with my pants down in this whole situation. There’s no excuse for it, I can just apologize and just try to do things better.

“My message to my fans is that I’m sorry.”