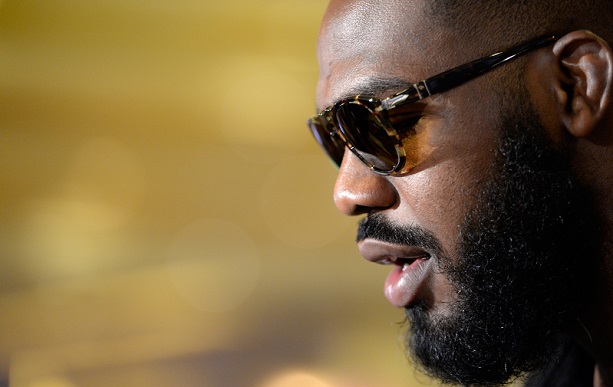 Injured UFC light heavyweight champion Jon Jones took to Facebook Wednesday afternoon to apologize to fans who were excited to watch him face off against rival Daniel Cormier at UFC 178 on Sept. 27.

Jones explained in the post that he suffered an injury during training and is set to have surgery on Thursday, forcing him out of the much-anticipated bout with Cormier.

"I'd like to apologize to all the fans who were excited for UFC 178," Jones wrote. "Earlier this week, I suffered an injury while training for the fight. I'm having surgery tomorrow and I'm focused on recovering as quickly as possible. I look forward to getting back in the gym and defending my title on Jan. 3 in Las Vegas."


The Jones-Cormier feud exploded last week with their brawl on stage at a UFC 178 media day event at MGM Grand. The two then went back and forth in several verbal battles on social media and on TV throughout the week. Fans and members of the media were dubbing the matchup between the two as the premier fight of the year, and one of the best grudge matches in recent memory.

Now that Jones and Cormier will settle their differences in an epic main event that will kick off 2015 in Las Vegas, Demetrious Johnson vs. Chris Cariaso for the UFC flyweight title has been moved from its co-main event slot at UFC 177 to the main event of UFC 178 at MGM Grand. Also on the card for UFC 178 are Irish rising superstar Conor McGregor vs. Dustin Poirier and the return of former UFC bantamweight champion Dominick Cruz.