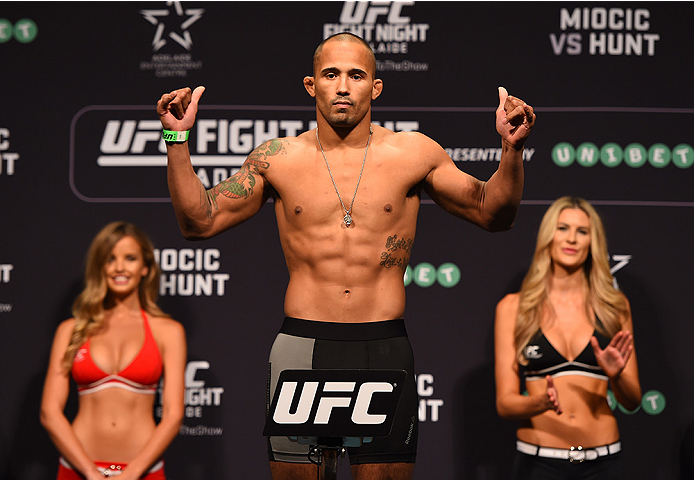 It’s a bitterly cold night in the middle of November, 40 miles outside of Albuquerque, New Mexico. Jonavin Webb is still two months out from getting his next trip to the Octagon announced, just shy of 2,000 miles away from home and preparing to start his third practice of what has been a tedious day alongside perennial contender Donald Cerrone at his infamous B.M.F. Ranch.

The wind outside of the pole barn “Cowboy” converted into a gym is hammering away on the sheet metal exterior without reprieve in a manner that seems to correlate with the full throttled workload the squad at the ranch has been enduring for the past month. The next hour is burned down as a collection of established UFC names and prospective talent exchange kicks and punches while music blasts over the heaters that are blowing ferociously at opposite ends of the gym.

At the end of the session, Webb pulls up against the wall to watch Cerrone tear into a few added minutes of mitt work, and his eyes jump in the fashion of a man attempting to register whether or not he can shut his inner animal down for the night. The collection of circumstance and surrounding would serve as a gut check for any 26-year-old attempting to find traction on the biggest stage in MMA, but Webb’s smile is visible proof he believes he’s right where he belongs.

“Being here at the ranch training with Cowboy is an amazing opportunity and I wouldn’t want to be anywhere else,” Webb said a short time later, after the crew made their way back to the house across the property. “I originally came out here with (Paul) Felder and the training is so much more intense and diverse than what I would be able to get back home. I couldn’t ask for better, and we play just as hard as we work so there is never a dull moment out here.

“I get to train with the best fighters in the world here in Albuquerque and that has taken my confidence and mindset to an entirely different level.”
RELATED CONTENT: Jonavin Webb fighter bio | Matchup vs. Nathan Coy

Fast forward three months and the New Jersey native is just a few days out from his showdown with Nathan Coy at UFC Fight Night in Pittsburgh. While Webb broke up his stay at the ranch with a short stint back home, the majority of his training camp took place on the spacious grounds at B.M.F. That said, the “Steel City” isn’t all too far from his original stomping grounds and being able to compete so close to the place he calls home is just another added bonus where Webb is concerned.

The up-and-coming welterweight is not only excited for the chance to rumble in front of friends and family, but getting to step back into the Octagon after 10 months away has Webb fired up and ready to roll on Sunday night.

“I’m from New Jersey but it’s considered the Philadelphia area,” Webb said. “I’m going to have a lot of support there on Sunday night and that always takes things up a notch. When you have a training partner working hard and competing on the same night, that cranks up the intensity in the gym and both Cowboy and I will be looking to go out there and put on a show in Pittsburgh.” 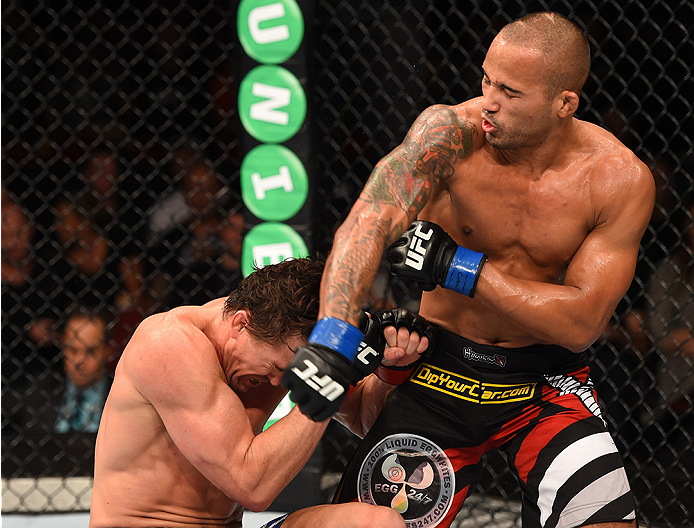 While his return was initially slated to come against Bryan Barberena, “Bam Bam” was removed from the bout to take a different opportunity and Nathan Coy was slated into the equation. Although a change of opponent could potentially throw off even the most savvy veteran, Webb is adamant that his confidence didn’t miss a beat.

Training night and day with a fighter like Cerrone, who is notorious for his “anytime, anyplace” mentality, can change perspectives, and Webb’s ability to embrace the chaos serves as further proof he’s a good fit with his new team.

“Somebody is going to show up to fight me on the 21st and that’s all that matters to me,” Webb said. “It’s good that they are both southpaws, but even that is just a detail. Coy is a wrestler where my original opponent was a striker, but I’m just happy someone signed the contract. Training with Cowboy definitely helped with that part of it because who cares who you fight? It’s about going out there and fighting to your full potential. It’s about putting on a show for the fans and earning that other half of your check.

“I only got one fight last year, but the year before that I fought six times, so I really prefer to stay busy. With this fight coming so early in the year I’d like to get at least three or four more under my belt in 2016 and that would give me a chance to crack that top 20 and establish myself in my division. I’m out to prove I belong in the UFC and I’m going to make this my year. I have a baby on the way and I’m motivated to get this done for my family.”