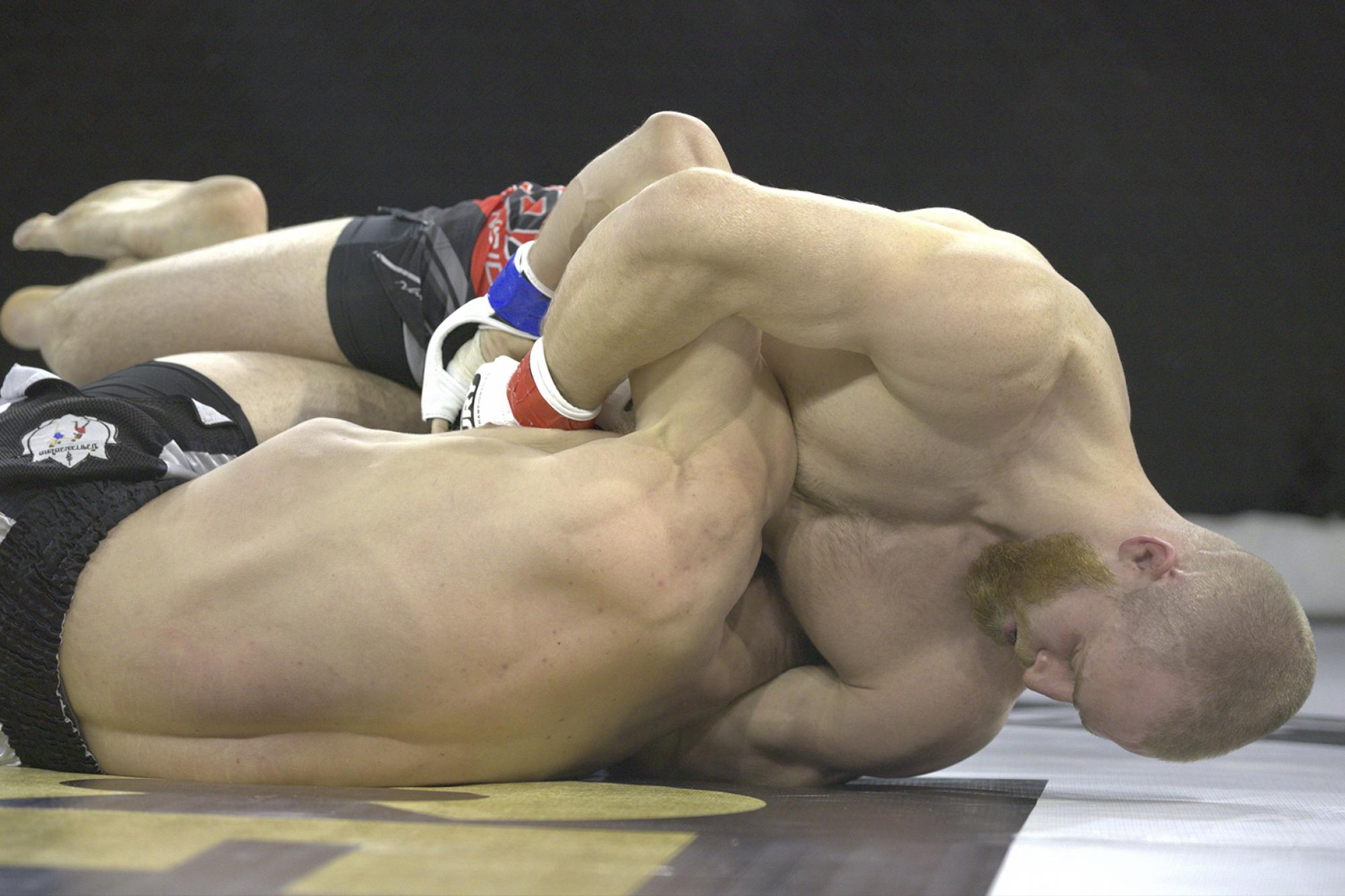 Find Out What Was Going Through Jonathan Piersma's Mind As He Secured The Rare Submission:
By Walker Van Wey • Apr. 27, 2021

A splash has officially been made in the “Submission of the Year” category.

Jonathan Piersma (1-0) stood across the CFFC cage from 2-0 Thomas Majeski in the early stages of one of the most unforgettable Cage Fury FC cards of all-time. Significant strikes were likely the lowest on the card, but the back-and-forth ground attacks would even make a Gracie smile.

Opening up the second round, Piersma threw an errant high kick that never had a chance and ended up on his back. Majeski followed into his guard, Piersma recognized the advantageous position he was now in and the rest was history.

“I saw I was kind of in position for it, so I thought, ‘Ok, I’ll go for an omoplata here, he’s going to roll and maybe I’ll come out on top,’” Piersma recalls. “But I also had control of his arm, so when I started going for it he didn’t move, so I was able to control his hips. Then I was actually thinking, ‘I might actually be able to get this.’”

In addition to being in the right position to set up the submission, Piersma got a rare blessing from his coach to attempt the rare move. In only his second professional fight his coach’s confidence mirrored his own. While creating a scramble was the most likely scenario, Piersma decided to set social media on fire instead.

“You don’t see that too often in MMA,” Piersma said. “I think it’s only happened twice in the UFC and CFFC told me it was only the second omoplata in CFFC history, so it was surprising since nobody sees those very much. I was confident in my BJJ skills.”

Joining the likes of Adam Wieczorek and Ben Saunders in the exclusive club, Piersma does explain that his confidence in his scramble game is high enough for him to throw up the omoplata again if the situation should arise.

Satisfied with his work, Piersma remains focused on his career instead of getting ahead of himself. As for the remainder of the year, however, Piersma calls it like he sees it. It’s going to be tough to overthrow his submission. Even grappling shows will have little to offer to top his performance in his sophomore effort.

“The banana split, you don’t see that very often, it’s pretty rare,” Piersma said. “If somebody hit that it would give me some competition. Twister, that’s always a cool one to see. There’s a lot of time in the year so you never know, but hopefully I hold on to that spot.”

Catch the CFFC 94 replay TODAY ONLY on UFC FIGHT PASS!