There is a growing sentiment among fight fans that bantamweight Jonathan Martinez is clearly the most low-key, laid-back competitor on the UFC roster.

He probably wouldn’t argue with that assessment, and if he did, he would do so quietly.

“Honestly, I don't really get excited,” said Martinez. “I'm kind of calm in there, and when they raise my hand, I get excited, but I gotta stay with a serious face during the fight and do what I gotta do to get the win.”

So is that moment of having the referee raise his hand in victory the most excited he gets about anything?

“Yeah, pretty much,” he laughs.

That attitude reminds me of another pretty fair power puncher with a stoic demeanor that earned him the nickname, “The Iceman,” UFC Hall of Famer Chuck Liddell. The former light heavyweight champion did break the ice after his knockout wins with a scream and a run around the Octagon, and when it came to that rare display of emotion, he told me, “I don’t get very excited very often about too many things, but that’s one of the things I do. I prepare for two to three months for a guy, and you end it quickly like that or you have a good fight, and you win, I’m excited.” 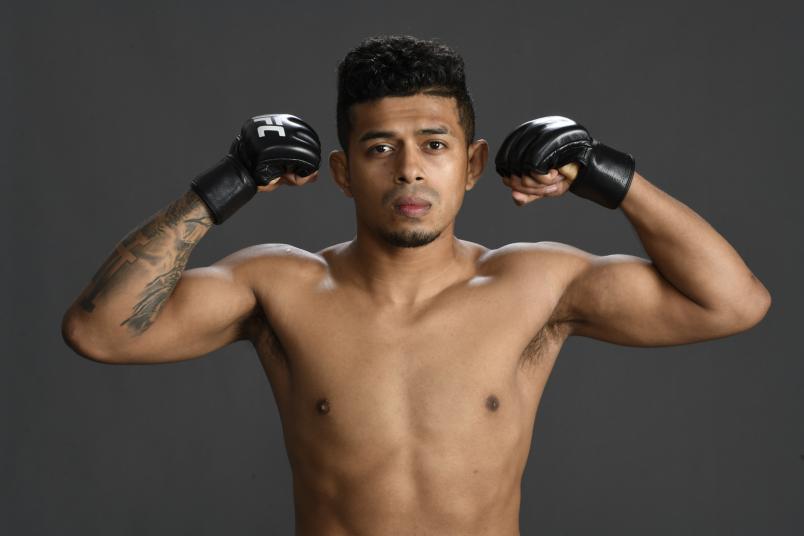 We haven’t seen the “Dragon” with such a post-fight celebration, but maybe this Saturday will be the one if he should beat Argentina’s Marcelo Rojo in Las Vegas. It’s a big fight for the Colorado-based Texan, who saw a two-fight winning streak snapped by Davey Grant in March. And while no one wants to lose in this sport, knowing how to handle defeat is key to returning from it, and Martinez has done it before.

“It's another fight,” he said. “I've been fighting pretty much since high school, so you win some, you lose some. You just get back in there and start picking up more wins. I dropped the guy in the first round, second round he got me and I got caught. Even with that, it's been good, I've been training hard and getting ready for this one.”

A member of the UFC roster since 2018, the 27-year-old Martinez lost his Octagon debut to Andre Soukhamthath and bounced back with a pair of wins over Wuliji Buren and Liu Pingyuan. A controversial split decision defeat at the hands of Andre Ewell followed, but then came two straight victories over Frankie Saenz and Thomas Almeida. So according to MMA math, things should be looking good for the Factory X standout against Rojo, who is one fighter Martinez won’t have to seek out once the referee waves them into battle. And though the Argentinean isn’t as highly ranked as his original foe, Nathaniel Wood, a fight’s a fight. 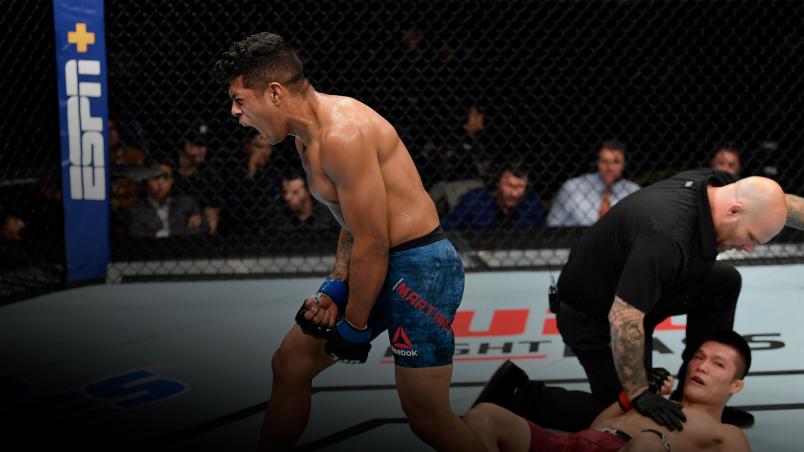 “They pretty much got the same style,” said Martinez. “The only thing different is that Wood is rated a little bit higher than this guy and has more tools.”

And just like a fight’s a fight, a win’s a win, so Martinez will take it against whoever stands across from him this weekend. And with this being his fourth bout since the pandemic began last year, he’s gotten used to fighting without an arena full of screaming fans watching him.

“It's the same,” he said. “Crowd or no crowd, I still gotta go in there and get the job done.”

And honestly, Martinez is the one fighter who isn’t complaining about getting to work in a more, let’s say, subdued, environment.

He laughs. It’s all about the fight. As for the rest, he’ll deal with it. That’s just his way.