Jon Tuck: Hungry to Get Back on Track

"I wasn’t able to display my skills the way I wanted to in my last fight, but things will be different in my next one." - Jon Tuck 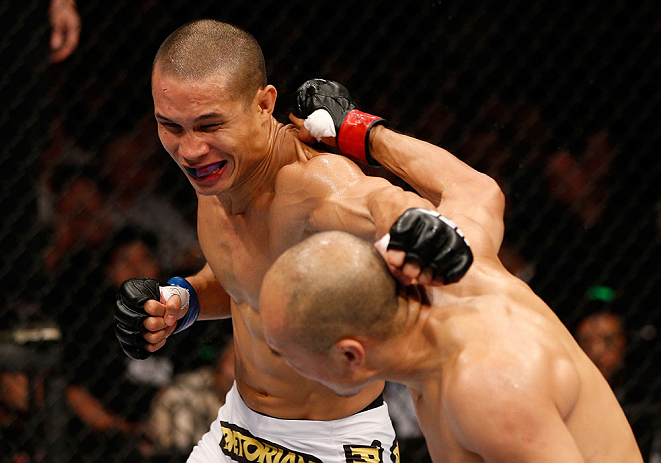 There are a handful of goals every fighter competing inside the Octagon is looking to achieve on fight night. Victory is undoubtedly at the forefront of the list of objectives, but putting on an impressive performance and leaving a lasting impression on those who are watching are intentions every competitor pursues.

A fighter wants to know they gave the very best they had to offer when the cage door closed. Getting their hand raised is always the targeted result, but putting all the hard work on display, turning the sacrifice into measurable gains, is the underlying motivation that pulses through every competitor inside the Octagon.

Jon Tuck was forced to walk away from his last fight feeling as if his full potential wasn’t utilized and the performance he’d been seeking had escaped him. The MMA Lab product found himself on the losing end for the first time in his career when Northern Ireland’s Norman Parke edged him out to take the victory at UFC Fight Night: Machida vs. Munoz last October. The sting of that night still burns the 29-year-old Guam native and he’s put every drop of focus he can muster into the next showing inside the Octagon.

“I feel like I have all the potential to keep climbing the ranks,” Tuck said. “I know that I suffered a setback in my last fight, but I lost and I have to move forward from there. I’m not making any excuses - a fight is a fight, and it was his night that night - but I’m really looking to show what I’m made of. I wasn’t able to display my skills the way I wanted to in my last fight, but things will be different in my next one. I know where I stand, and know the type of fighter I am, and the circumstances will be different in my next fight.

“That loss made me a stronger person. It sucks to lose, but this sport is all about picking yourself and being able to keep moving forward. I plan to get better every day. I’ll keep improving through this fight and the next fight after that. I get better from fight to fight. My last time in the Octagon was about six months ago and I’ve been working hard every day since then to improve my skills. I can’t wait to show the world what I’m really about.”

While that opportunity was originally slated to come against Yosdenis Cedeno this Saturday at UFC Fight Night: Henderson vs. Khabilov in Albuquerque, an injury forced his Cedeno off the card and he was replaced by promotional newcomer Jake Lindsey. The change of opponent is just a speed bump where Tuck is concerned, as he has his mind locked on showing the UFC fan base what he’s made of.

Coming off a loss in his last bout has the ground specialist turned mixed martial artist’s fires of motivation raging heading into Albuquerque and he plans on playing spoiling Lindsey’s promotional debut on Saturday.

“He’s a scrappy dude and I like those types of fights,” Tuck said. “Some guys come out there to point play but that’s not the way he fights. I love fights like that and I’m looking forward to an exciting scrap. It’s going to be a war and a good fight. He’s coming in there looking to make a positive debut. I’m coming in there off a loss and I’m hungry to show what I’m made of that.

“Those elements will make for an exciting fight and it’s going to come down to who wants it more. I’m going to go in there and make sure I put an end to this fight. I’m going to fight with my heart, get the ‘W’ and show the fans where I come from and who I represent.”

As Tuck sets his sights on moving up the ranks of the lightweight division, the skills necessary to do so are honed at The Lab in Glendale, Arizona. The team headed by coach John Crouch and former lightweight champion Benson Henderson has quickly emerged as one of the premier collectives in all of MMA. Where the team mentality can be difficult to find in the ever-growing sport, each man helping the next is the foundation which the facility was built upon.

After training at numerous gyms around the country, Tuck has settled in at The Lab and believes his talents have thrived because of it. He plans to put those skills on display this Saturday and turn all the hard work and sacrifice into a victory inside the Octagon.

“I’ve trained at gyms all over the country but The Lab is something different,” Tuck said. “They literally make you feel like you are at home. Sometimes it doesn’t even feel like you are working out in an MMA gym. Everyone takes care of the next guy and we are all working toward the same goal. From the best guy in the gym to the guy who is just getting started, we are all working hard to reach the same place. There are no egos and there are never any bumps in the road in our gym. I’m positive that with each session we get one percent better every day.”