Jon Jones tired of 'F'-word attached to him 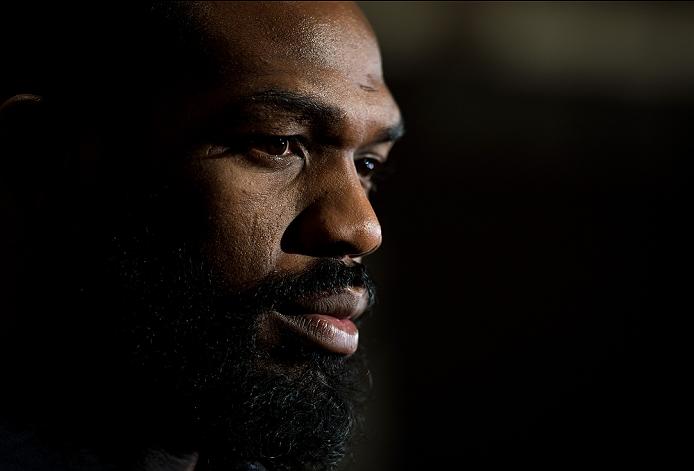 With a chance to become the undisputed UFC light heavyweight champion once more at UFC 200 on July 9, Jon Jones doesn’t get bothered by much these days, with the exception of hearing the “F” word.

And for the New Yorker, that word is “former.”

“I feel like I’ve been a champion the majority of my career with the UFC, and that’s just what I got used to,” he said. “People were calling me ‘champ’ and I was known as the champ. Now, when I read articles and people say, ‘Former light heavyweight champion,’ it just doesn’t feel right and it bothers me. So I can’t wait to get that ‘former’ taken off the front of my name.”

It’s become a sore spot for the 28-year-old, who didn’t lose his belt in the Octagon, but instead was stripped after 2015 legal issues stemming from a hit and run accident in his adopted hometown of Albuquerque. Since then, it’s been a process of reevaluating where he was at in life, rebuilding relationships and once again establishing himself as not just the best light heavyweight in the world, but perhaps the best MMA fighter of all-time.

The latter part of that equation began in April, when he defeated Ovince Saint Preux and was crowned the interim 205-pound champion. That wasn’t enough for Jones, who laughs when asked if his newest belt was shoved in a closet somewhere.

“I’ve got the interim title next to my real belt, but it doesn’t mean anything to me at all,” he said.

For him, it’s a placeholder until he gets to meet the man who holds the title he once held, Daniel Cormier. If anyone else was at the top in his absence, you get the impression that Jones would still want the belt as badly as he does now, but without the personal animosity he holds towards Cormier, who he already defeated at UFC 182 in January of 2015. In a week and a half, they’ll finally throw hands again, and possibly put an end to a rivalry that has taken on a life of its own in the past few years.

“I think what makes this rivalry such a good one is not only is there genuine dislike, but competitively we’re both winners,” Jones said. “We both have big chips on our shoulders, we’re both very prideful, and I think the fans really feel how much winning means to both of us. Winning is my life, it’s who I am, and the same thing goes for DC. DC is a winner, he’s a championship caliber athlete, and that’s part of his image. So I think the fans feel like the only people that can beat either one of us is each other.”

Jones does have the 1-0 edge in the series, but Cormier has the belt, so it’s a stalemate heading into UFC 200, making it a fitting headliner for the promotion’s biggest show of the year. “Bones,” who fought Jake O’Brien on the prelim portion of the UFC 100 event in 2009, knows how big of a deal this is.

“It’s definitely a pretty cool milestone,” he said. “It’s not something I take lightly and I realize how big of a thing it is. To headline an event like this, I’m so grateful and it definitely adds extra motivation to train my hardest and to win again. It feels like destiny. The timing worked out in my favor here. DC gets hurt and I get to fight Ovince Saint Preux at UFC 197, get that ring rust I didn’t realize that I had off of me, and then turn around and get my belt back on the biggest card ever.”

But it’s about more than the belt. It’s about that “F” word again.

“It makes me feel washed up or if I lost when I know I didn’t,” he said. “I’m not ready to read the word ‘former.’ When I’m in my late 30s and one day some young kid beats me, then I’ll be more accepting of that word. But right now, I’m in my prime and I’m chasing being the greatest fighter ever, so reading the word ‘former’ throws a wrench in my whole self-image.”

It’s as honest an assessment as we’ve gotten from Jones, who has always – for better or worse – been brutally honest with the media. That’s produced some heat for him in the past, but these days, he’s fairly unconcerned with what people think of him. Sure, like anyone, he wants to be liked, but not for being someone he’s not. These days, Bones is Bones, and if you’re with him, great. If not, that’s not something he’s about to fight. It may be the greatest benefit of the turmoil he went through in 2015.

“With my image and being a pro athlete, I feel set free,” he said. “I feel like I’m not hiding anything from the fans anymore, and I feel like I get to be myself and I don’t have to worry about what I say in interviews or try to be somebody I’m not. I can let my imperfections show and just be myself. Now I can really just focus on fighting, where before I would try to focus on upholding a certain image and fighting. Now I just focus on fighting and I put everything behind me.”