Jon Jones To Defend Belt Against Dominick Reyes In Houston

The Light Heavyweight Title Is On The Line In Houston, Texas
By Thomas Gerbasi, on Twitter @tgerbasi • Nov. 26, 2019

The UFC's return to Houston will be its biggest event ever in the Lone Star State, as pound-for-pound king Jon Jones puts his light heavyweight title on the line against unbeaten knockout artist Dominick "The Devastator" Reyes on Saturday, February 8.

Jones vs. Reyes headlines a pay-per-view event that airs live from Toyota Center. Tickets go on sale on Friday, December 13

In the co-main event, dominant flyweight champion Valentina Shevchenko defends her crown against surging contender Katlyn Chookagian, and in another bout made official Tuesday, Houston's own Derrick Lewis welcomes Ilir Latifi to the heavyweight division. 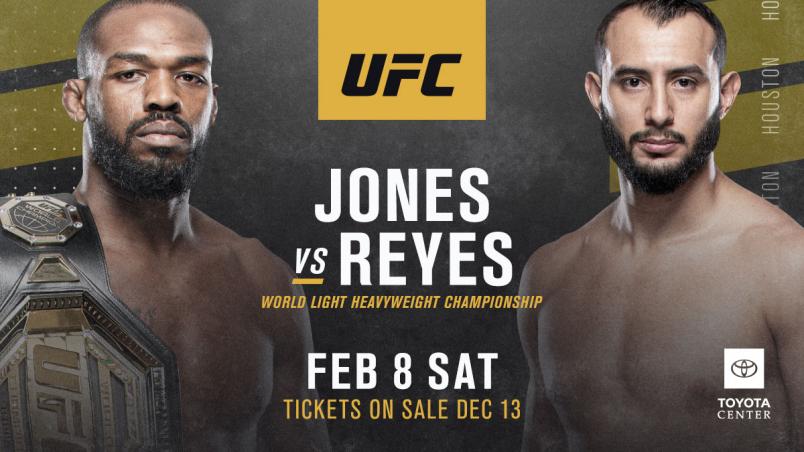 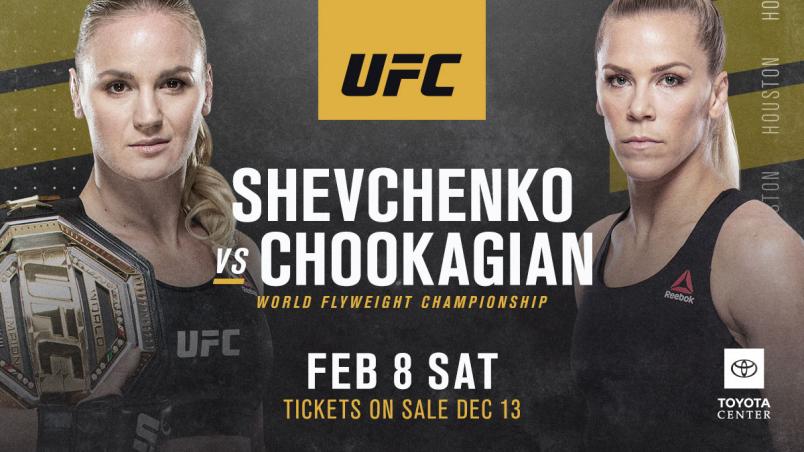