“Before, I was training to be a champion, and now that I am a champion, I think I’ve taken my work ethic to a different level." - Jon Jones 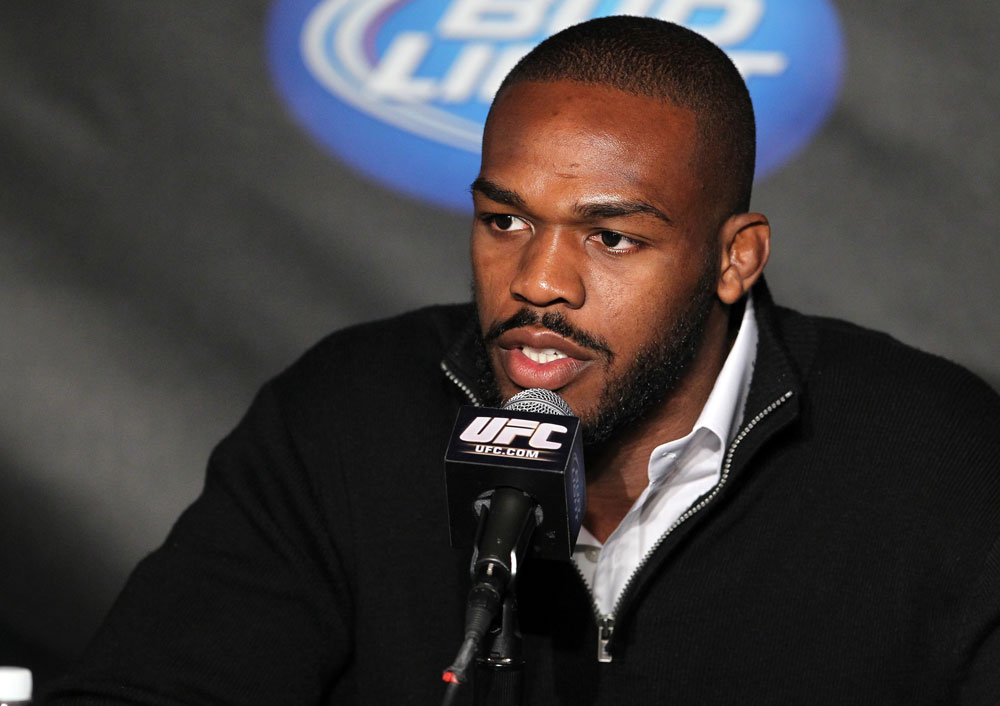 If the sports world wasn’t so predictable, it would make you shake your head in dismay.

1) A talented athlete comes out of nowhere with a fresh approach, otherworldly talent and athleticism, and a charisma that cuts across all demographics. 2) Next, he reaches the top of his profession in breakneck speed and is celebrated for being his sport’s new phenom. 3) Then, the backlash starts. All of a sudden he’s too good for his own good, and in need of a little drop down the ladder. 4) Once that happens, the smug smirks appear and the wait begins for his climb back after a fall from grace. 5) If he can do that, all is well with the world again, and he is celebrated for his courageous return.

Heard that story before? Probably at least a dozen times if you’re over the age of 30. But if you think mixed martial arts was immune from it, think again. You’re watching it right now with UFC light heavyweight champion Jon Jones, the 24-year old who has gone through steps one and two already, while currently experiencing step three in the lead-up to his UFC 135 main event bout with Quinton “Rampage” Jackson this Saturday in Denver.

Yet if you ask him how life has changed for him since March, when he became the youngest champion in UFC history when he snagged the belt from Mauricio “Shogun” Rua via TKO, he’ll say not much at all.

“At first there was a lot more media, a lot more interviews and publicity things, and now that that’s over, training camp’s the same, the team chemistry’s the same, and the only thing that’s changed is my work ethic,” said Jones. “Before, I was training to be a champion, and now that I am a champion, I think I’ve taken my work ethic to a different level. Sometimes I feel as if I’m overtraining. My coaches really have to encourage me to go sit down somewhere. So the only thing that I can honestly see that’s changed is the amount of people who know my name, and sincerely, my work ethic has changed so much.”

In other words, Jon Jones is still Jon Jones. Despite what you may read on Twitter or hear from some of his peers, the kid from upstate New York hasn’t all of a sudden become an out of control ogre swallowing up interview after interview in a quest for world domination. He can laugh that description off, but when the backlash to him becoming world champion and the new face of the UFC started to hit, he noticed it, and it hit hard.

“I did feel the hate,” he said. “Me being a young guy and a guy who wanted to be liked, at first it hurt me a lot. But what I learned very fast is that I need to take my emotions out of my work sometimes, especially when it comes to other people’s opinions. I’m a positive being, that’s my nature, so I’m not a person who ever tweets swear words or ever tries to purposely try to put someone down or hurt them. I’m not a person of ill will. I genuinely try to share knowledge on self-confidence and religion and treating your neighbor right and believing in yourself and working hard and loving your family. And I know in my heart that I’m not doing the wrong thing, so if I’m just trying to help, and people are misconstruing it, I’ve learned not to worry about what I can’t control anymore. And I think in the long run, the people who get my message and get what I’m trying to share, which is nothing but positivity, those are the people that appreciate it.”

Lesson number one – you can be the nicest person in the world, and someone will hate you for it. When you become successful, those numbers multiply. Jones found that out the hard way, but one of his teammates in the Jackson MMA camp, middleweight contender Brian Stann, put his mind at ease with tales of his own dealings with the internet underbelly.

“I was talking to Brian Stann and he said ‘hey man, you think you get hate messages, I get called a murderer, people think I’m an advocate of war, and I get a lot of hate. And the thing is, the people who actually love you Jon, they’re probably gonna read your interview or watch your youtube video, and think ‘wow, what a great guy.’ Most of the people who write those messages, they’re people with nothing else to do but to bring somebody else down. Only people that are below you can pull you down.’ That stuck with me. So I learned that as long as I know that I have good intentions, I don’t allow people to misconstrue my words and pull me down.”

If it sounds like a classic case of a gifted athlete learning his craft on the job, it is. And remember, in addition to only being 24, Jones only has 14 pro fights. Yes, he’s dazzled in all of them (even in his lone loss, via disqualification to Matt Hamill in 2009), but compared to the experience possessed by his challenger this weekend, “Bones” can still be considered a rookie.

Luckily, the engaged father of two is a family man and one focused on the future, so he has sidestepped the pitfalls many in his position have been engulfed by, so while the tendency would be for the Man of the Hour to embrace his new celebrity for months and months, Jones took a brief break (and a well deserved one considering he had back to back camps for Rua and his previous foe, Ryan Bader), and got back to the gym.

“It wasn’t tough to get back to work,” said Jones. “I was traveling so much and eating so unhealthy and tired of being on airplanes every Friday night, so I was dying to get back into the gym. I was starting to get a lot of messages from fans saying ‘don’t you think all this PR work and traveling is taking away from your training?’ And they were absolutely right. So I’m making up for all the time I took off after my Shogun fight. This has been the longest training camp of my career as well, so I definitely feel as if I’ve evolved and elevated in my technique and in my spirit and my work ethic.”

As for the old adage that it’s harder to defend the title than win it, Jones disagrees.

“I don’t think it’s harder to defend a title than win it,” he said. “I think every fight’s just another fight. It’s not necessarily a bigger fight than the last one, or even my very first fight, or my UFC debut. They’re all big fights and I think it’s really important to just focus on loving the journey instead of focusing on the destination. Being a champion, I don’t really feel as if I’ve crossed the finish line. There is no finish line, and I’m really enjoying that journey. Rampage is just a part of that. So I don’t think there’s a difference between winning the belt and keeping it. Each and every fight is a completely different experience than the other one, and I’m just enjoying the journey and working as if it’s just another fight.”

That’s a good outlook to have, but fighting “Rampage” Jackson is not just another fight, especially since things have gotten progressively heated between the two since the UFC 135 main event was announced. Jones has done his best to keep his cool while firing off his own verbal volleys to keep up with the king of the one-liners, but make no mistake about it – Jones doesn’t want this part of the journey to end with a loss to Jackson. Anyone but him.

“Leading into the Forrest Griffin fight, Rampage made a quote saying ‘Forrest Griffin can’t bust a grape with his hands,’” recalled Jones. “It’s the same exact quote he said about me, that I can’t bust a grape with my hands and that I have no punching power. So I think he’s failing to realize that this is mixed martial arts and not boxing, and the game’s not based around having punching power; it’s based around having finesse and skill, having discipline, and having passion for the game. I think I’m excelling when it comes to each and every one of those categories when it comes to Rampage. He would love to be the world champion again, but I don’t think he really lives the lifestyle to become the world champion again. I think he wants it handed to him, and I’m at a stage in my career where if I get hit in practice, I go home and I’m slightly depressed about it. I don’t like to get hit at all, and now we’re talking about actually losing a whole fight? That’s just not where I’m at right now mentally. I respect Rampage a lot, he’s got awesome knockout power, and I think he’s really banking on a big hit to win this fight. But I’m gonna make sure I break him down very early in the fight to take that punching power away from him right away. And I couldn’t imagine giving my belt away to someone who’s half-passionate about doing what it takes to get the belt.”

Fighting words indeed, and that’s the great thing about Jon Jones. As calm, cool, and collected as he is outside the Octagon, when it’s time to fight, he’s something completely different and something completely dangerous to the person standing across from him. That’s a fighter, and whether you’re on board the bandwagon or not, he’s not going anywhere.

“I know I’m a good person,” said Jones, “but as an athlete, I do have a chip on my shoulder, I do have a big ego as an athlete, and I do believe that I’m the best and I do want to be the best. That’s something I can’t control, and I really can’t hide my pride in the Octagon because I work my butt off to be the best. I’m not ashamed of it anymore.”