Jon Jones - The Birth of The Cool

"Anyone ranked in the top ten in the world is automatically considered a champion in my opinion and now I feel as if I’m a champion of champions, and life is pretty much the same.” - Jon Jones 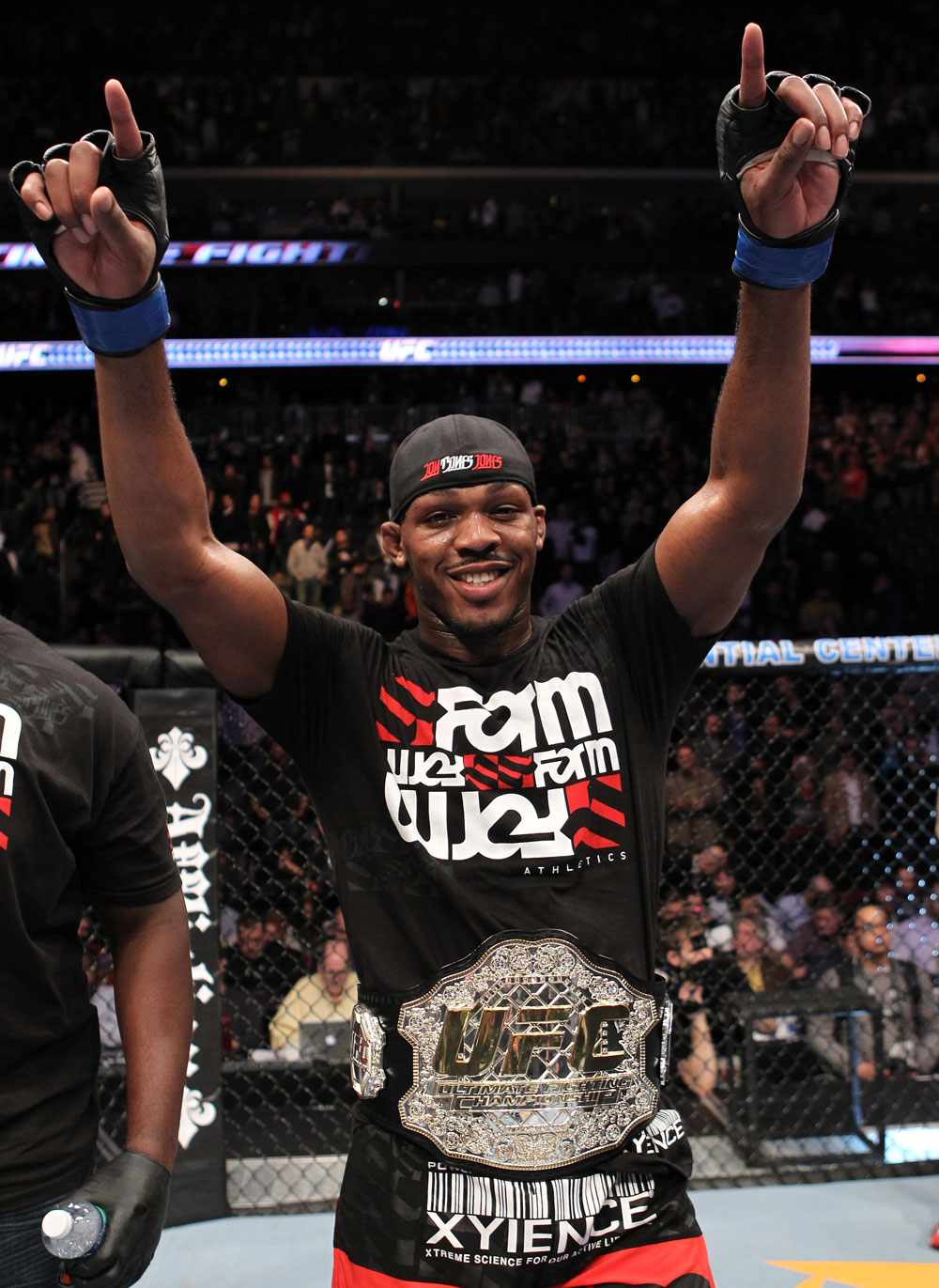 Newly crowned UFC light heavyweight champion Jon Jones has survived nights in the Octagon with “Shogun” Rua and Ryan Bader, dealt with the bright lights of the UFC, and verbally sparred with the likes of Jay Leno with the ease of an old pro.

Impressive in its own right, what’s shocking is that it’s almost second nature to him to be cool under pressure, to not feel out of place in any situation, and to represent his sport like he’s been doing it for a decade. To do it at 23 is virtually unheard of.

But when you ask Jones about the topic, about “the birth of the cool” so to speak, he doesn’t hesitate to reveal where it came from.

“I think it came from my father,” said Jones. “I grew up in the church, and my dad would call me up on Sundays to sing in front of complete strangers. And there’s something about singing that leaves you very vulnerable. Singing is such a pure thing – it’s your inner emotion, your feelings, coming out in your voice - and after you’re done, people can judge you in any way possible. I had to sing as a 12 year old boy going through adolescence, my voice was changing, I would squeak a lot, and I’m not the best singer, but the fact that my father forced me to leave myself so vulnerable at such a young age, now that I’m older and I’m just speaking and fighting, I just got used to putting myself out there.”

He also saw his father give his sermons every week, fearless in his words and opinions as he captivated his congregation and brought them into his world for as long as he had them in his presence.

“Subconsciously it taught me to be myself and speak my mind and not be afraid of a crowd.”

So when the worldwide media descended on Newark, New Jersey less than a month ago for his first world title fight against Rua, he didn’t blink in the eye of an increasingly powerful hurricane, and when nearly 13,000 fans packed the Prudential Center on fight night, he might as well have been sparring in the Albuquerque gym he calls home.

Then everything was supposed to change. As soon as his hand was raised after his third round stoppage of Rua in the main event of UFC 128 and the championship belt was fastened around his waist, he was supposed to become a different person. The coronation was complete; how would the King react?

Well, you may have to wait a little bit for that answer.

“It hasn’t really sunk in,” admitted Jones. “In a lot of ways I felt as if I was a champion just because of the way I carry myself as a person and the way I look at life. And even before I got the belt I felt like I was an elite fighter in the world. Anyone ranked in the top ten in the world is automatically considered a champion in my opinion and now I feel as if I’m a champion of champions, and life is pretty much the same.”

It’s not though, because Jones has arrived at the top of the division not only with great pomp and circumstance, but with great expectations. Not only is it important for him to deliver in the Octagon on fight night, but he is also seen by many to be a crossover star the likes this sport has never seen. He is the youngest champion in UFC history and perhaps the most marketable. The names Muhammad Ali and Michael Jordan have been thrown around in the same sentence with his, and that’s not by accident. Yet again, his cool under this weight is remarkable. He’s mingled with Jay Leno, Mo’nique, 50 Cent, Kirstie Alley, and Funkmaster Flex in the days after he won his title, yet interview requests remain just a text message away, and if anything, he’s embracing the role thrust at him.

“My outlook is to never do anything that will disappoint kids across the country, never getting caught in a Tiger Woods scandal or anything crazy like that, and just staying where I’m at as an athlete, continuing to win fights decisively,” he said. “I want to continue to do the things that got me to where I am – I want to continue being a champion in the way I treat people and continue to be a champion with decisive wins, and that’s important to me. (teammate and UFC welterweight champion) Georges (St-Pierre) always says he’s not fighting as a champion; he’s fighting for his legacy. And I’m very young and I guess I don’t have the right to mention a legacy at this point, but in a way I am fighting for my legacy already, and me being aware of that keeps me on the prowl.”

There will be plenty of time for that though. At the moment, the new champ is enjoying being Jon Jones again for the first time in a long time. In camp almost continuously for back-to-back bouts against Bader and Rua, “Bones” has earned a break, and when his media obligations are done, he’s going to take one.

“I’m just being 23 again,” he said. “I’m going out, talking to friends, playing video games, eating unhealthy, it feels really good. (Laughs) I’m relaxing and just being normal. (In fighting) You always have to have your nutrition tight and you’re focusing on performance and all that, and I think muscles need time to relax before they grow again, and that’s what I’m doing. In order to develop to a different level as a fighter, and develop to a different level when it comes to strength and to get ready to kick it up a notch again, I need to really enjoy being in the gym. I need that passion and hunger to be there. With football it’s different. Football has an off-season. In MMA, it’s a fighter’s obligation to give himself a nice off-season, and I’m in my off-season right now. When I come back, it’s gonna be a nice little time since I’ve been in the gym and I’m gonna be so hungry to get my abs back and so hungry to get my timing back, it’s gonna be pure passion, and passion is everything, so I’m giving myself a nice long break now.”

Just don’t be surprised if someone asks him to sing again.

In Part II tomorrow, Jones discusses the robbery he foiled on the day of his title fight, his bout against Matt Hamill, and his first title defense against former teammate Rashad Evans.