READ MORE: He Is The Bad Guy. Jon Jones Is OK With That

The time for talk is over.
Jon Jones and Daniel Cormier have been engaged in a bitter rivalry for years, a feud that intensified over the summer before coming to a head prior to their original matchup scheduled for UFC 178.
Now, just days before the rivals finally clash at UFC 182 for the light heavyweight title, Jones and Cormier both agreed on something: Everything that needed to be said about their clash has already been said.
“The fight is here and the work is done, the camp is over, and for me to sit here and be unprofessional and try to insult him and come at him, get in a bickering match to sell a few more pay per views, I don’t need to,” Jones said on a conference call with media on Monday.
WATCH: UFC 182: Inside The Octagon | Countdown to UFC 182: Jones vs. Cormier | UFC Presents, Bad Blood: Jones vs. Cormier

Cormier said despite the long layoff since the two began preparing to fight each other in July, the obvious heat between them is hotter than ever.
“The rivalry is still there, but Jon and I haven’t fought before,” Cormier said. “When I think of rivalries I think of fights or sporting events when you have people going back and forth. I think the Lakers and Celtics, I think great trilogy fights, football teams that are rivals that are pretty equal.”
The hatred between Jones and Cormier has been well documented.
In a slight change of pace, both fighters took a few moments to talk about what they like about the other inside the Octagon. 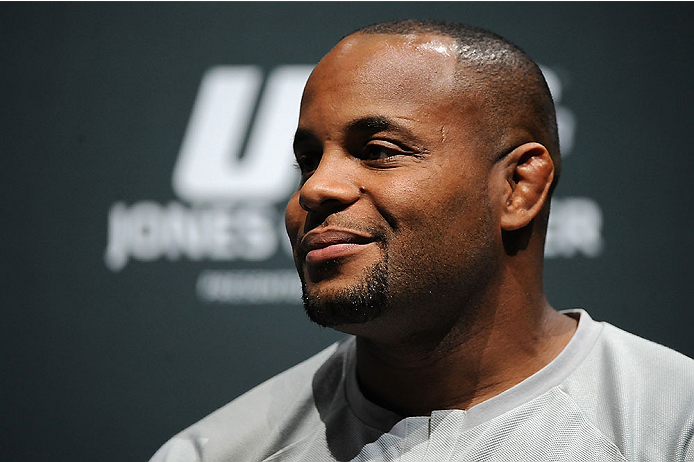 Cormier said he appreciates Jones’ creativeness and confidence.
“Any time a person wins as many fights as he has in a row they deserve a level of respect,” Cormier said. “At the level at which he’s won, it’s hard not to admire that to a degree.”
Jones has been impressed with what Cormier’s been able to do at his size.
“I do respect that he’s able to use his frame so successfully, being a short guy and a thicker guy,” Jones said. “When you look at him his body type doesn’t scream athlete, but he’s been able to do amazing things both in the sport of wrestling and his MMA career.”
When the cage door closes at UFC 182, both fighters must figure out a way to stop the very attributes they’ve come to respect about the other fighter.
Jones finds it fascinating that people think Cormier will win the fight if he’s able to take down the champion, citing the example of his fight with Rashad Evans. Going into the bout, Evans said he needed to get inside on Jones to be successful. But Jones explained that going in arms with that knowledge, he is able to prepare for that type of fight. 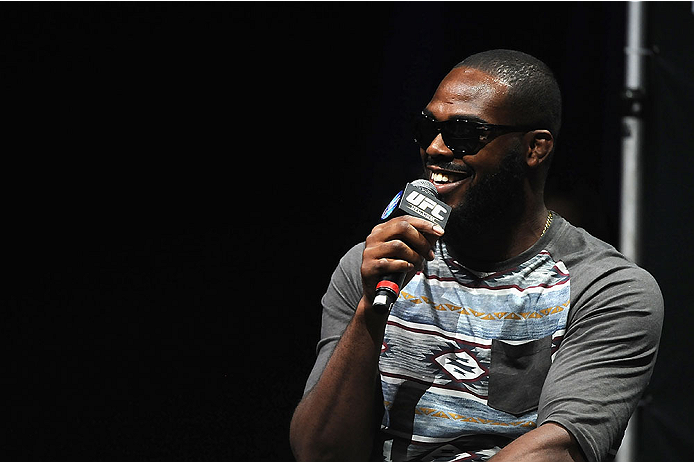 “I love the fact that people assume that if Daniel takes me down, he wins the fight,” Jones said. “Honestly, I’m so secure in my abilities as a fighter – in the clinch, my dirty boxing, my jiu jitsu, my top game, my bottom game, my wrestling. I have no insecurities when it comes to my skills.”
Cormier also believes he has many ways he can knock off the champ.
“There’s no one way for anyone to win a fight. People are getting very narrow-minded about how this fight can play out,” Cormier said. “If I don’t secure takedowns that doesn’t mean I can not win this fight.”
Cormier said that his belief in himself will be the difference against Jones. He believes he can climb the mountain and be the first man to beat “Bones” when the belt is on the line.
Jones is content to just go out and do what he’s always done.
“I’ve done everything I can to win the fight,” Jones said. “I’ve trained, my cardio is great, my tactics are great, my playbook is rehearsed, and now I’m going to go out there and do what I’ve always done.”