Johnson ties Silva's record with submission of Reis in KC 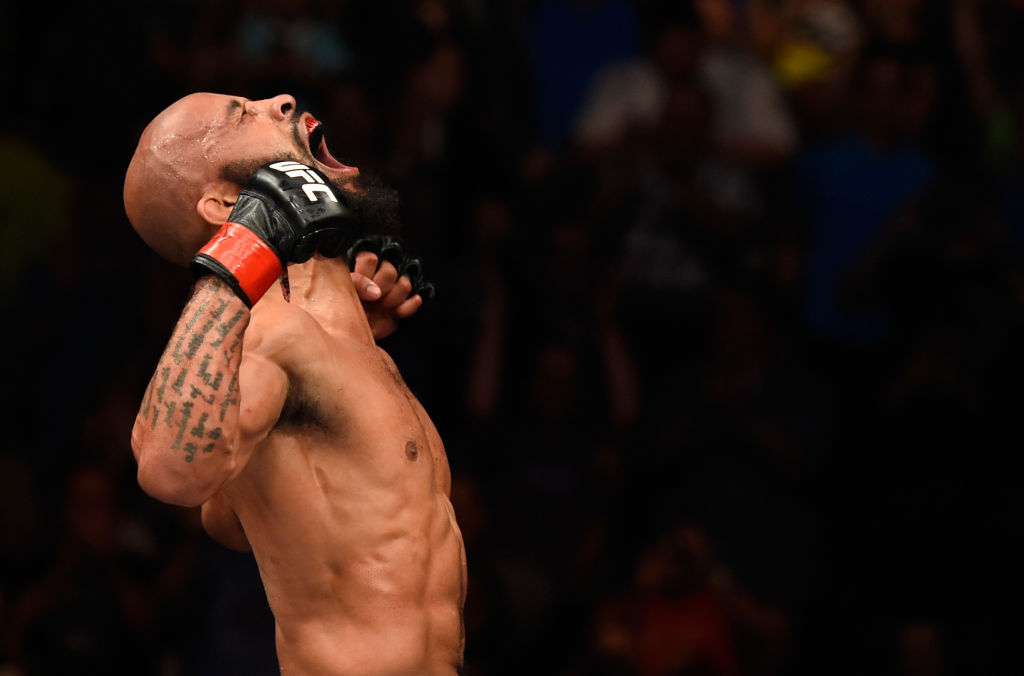 Already the best fighter in the world, pound for pound, Demetrious Johnson started making his case as the best ever, as he submitted Wilson Reis in three rounds Saturday at Kansas City’s Sprint Center, tying Anderson Silva’s record for most successful UFC title defenses with his 10th consecutive win in defense of his flyweight crown.

“It was a good, damn night,” Johnson grinned after the bout.

It was better than that, as the UFC’s first and only 125-pound champion continued to dominate a division he has officially ruled since 2012.

“GSP (Georges St-Pierre) and Anderson Silva were great champions, but I’m the best champion to ever step in this Octagon.”

The win over Reis, one of his most impressive in a career full of such efforts, make a strong argument for Johnson’s claim.

The champion was too fast and too slick for Reis in the opening round, as he accurately picked and poked at Reis as the aggressive and busy challenger was left throwing at air thanks to Johnson’s airtight defense. Even Reis’ attempts to put Johnson on the canvas were rebuffed.

The clinic continued in round two, with Reis game, but outgunned against a champion who was looking sharper than ever. Late in the frame, Johnson landed a hard right knee to the body, and as Reis fell to the mat, “Mighty Mouse” unleashed a barrage of hammerfists. The horn intervened, but the bloodied Reis now had quite the task ahead of him if he wanted to get the victory.

The champion is turning it on here at the end of round 2! #UFCKansasCity pic.twitter.com/NLCaj1rGgc
— UFC (@ufc) April 16, 2017

Two early takedown attempts by Reis in round three were again turned away, and Johnson made sure to punish his foe after each one, with kicks to the body being particularly effective. With two minutes left, Johnson picked up his first takedown of the fight, and then it was time for him to show off his ground game against the Brazilian Jiu-Jitsu black belt. And show it off he did, cutting Reis with strikes, then jumping into an armbar that forced Reis to tap out at 4:49 of the third round.