Johnson Hopes To See 'King Of Violence' At TUF Finale

Despite the heated words exchanged by Michael Johnson and Justin Gaethje in the lead-up to their Ultimate Fighter Finale main event on Friday night in Las Vegas, “The Menace” does have some nice things to say about the UFC newcomer.

“I’ve always been a fan of his fighting style and I love the way he goes in there and fights,” Johnson said. “I hope that Justin shows up July 7th.”

Gaethje, an unbeaten former World Series of Fighting lightweight champion says that he knows no other way to fight than to go in there and bang it out until a victor is declared.

“He’s gonna wrestle, wrestle, wrestle, all day every day,” he laughs. “I know exactly what he’s gonna do. He’s gonna say he’s gonna come in there and bang, but I think as soon as we start throwing some punches and getting in there that the game plan’s gonna change dramatically. I hope he bangs. But if he’s coming in there trying to wrestle, that’s all fine with me as well. He isn’t the first wrestler I’ve fought, and he damn sure won’t be the last.”

If you’re playing the MMA math game, in his last two fights, Johnson lost to a wrestler (Khabib Nurmagomedov) and knocked out a striker (Dustin Poirier), but Gaethje’s history is to play by his gut and not percentages. It’s an attitude that has many fans calling him the fighter with the most violent style in the game, a title Johnson takes offense to.

“I hope I see the self-proclaimed ‘King of Violence,’” he said. “It sounded kind of cliché at the press conference, but I do truly believe that I’m the most violent fighter in this division. Not only with the way I fight, but my mindset going into these fights and how I look at the game now.”

So how does the 31-year-old St. Louis native see the game these days? 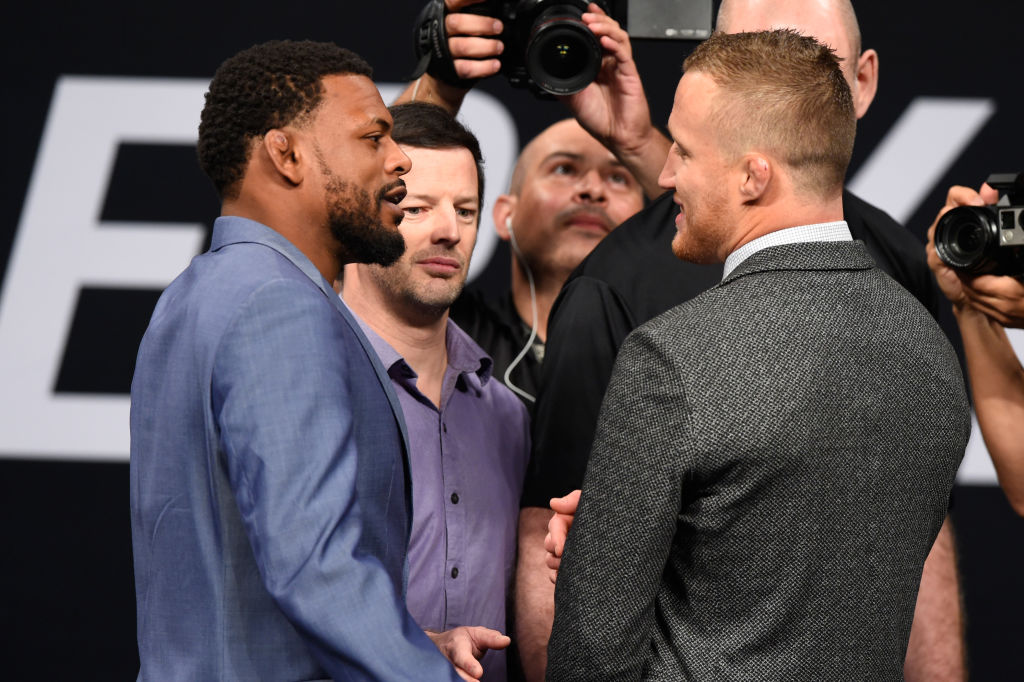 “We’re in a bad world, unfortunately, and the nice guy really doesn’t win that often,” he said. “So you gotta have a switch and have both sides. You gotta be willing and able to unleash that bad guy and show that to the world. That’s where ‘The Menace’ comes into play. Everybody can blame him. (Laughs) Michael is the nice guy, then this other guy comes out. I’m definitely not Michael in my training camp, and soon as the fight’s over, I’m right back to the nice guy who wants to have fun.”

So from now until late Friday night, “The Menace” is in Las Vegas and ready to wreak havoc on an opponent who has an impressive track record but who will be testing it in the Octagon for the first time. That is quite the test according to Johnson, who made his own UFC debut in a main event back in 2010.

“I went from regional fights to the Ultimate Fighter, where I was put on this platform, and my first fight in the UFC was in a main event,” he said. “I had a lot of nerves going through my body and I shook them out, but that walk and those lights, that’s a whole different monster in there.”

Is that the kind of thing Gaethje has to dread?

“He has to dread the experience of facing somebody that’s been in the big shows for as long as I have,” Johnson said. “He has to dread that level of competition. If he’s coming in here thinking that I’m just the easiest guy in the top ten for him to face, which is how I think he’s feeling, he’s in for a rude awakening. He’s gonna be very surprised that this isn’t a World Series (of Fighting) competition. I’m not downing World Series, but that’s the obvious difference. This is the best of the best, I’ve fought the best of the best and I’ve beaten and lost some close ones to the best of the best. It’s gonna be a different world for him.”

Especially since Johnson, currently ranked fifth at 155 pounds, has not only been fighting in the UFC for nearly seven years, but he loves being in the big fights. 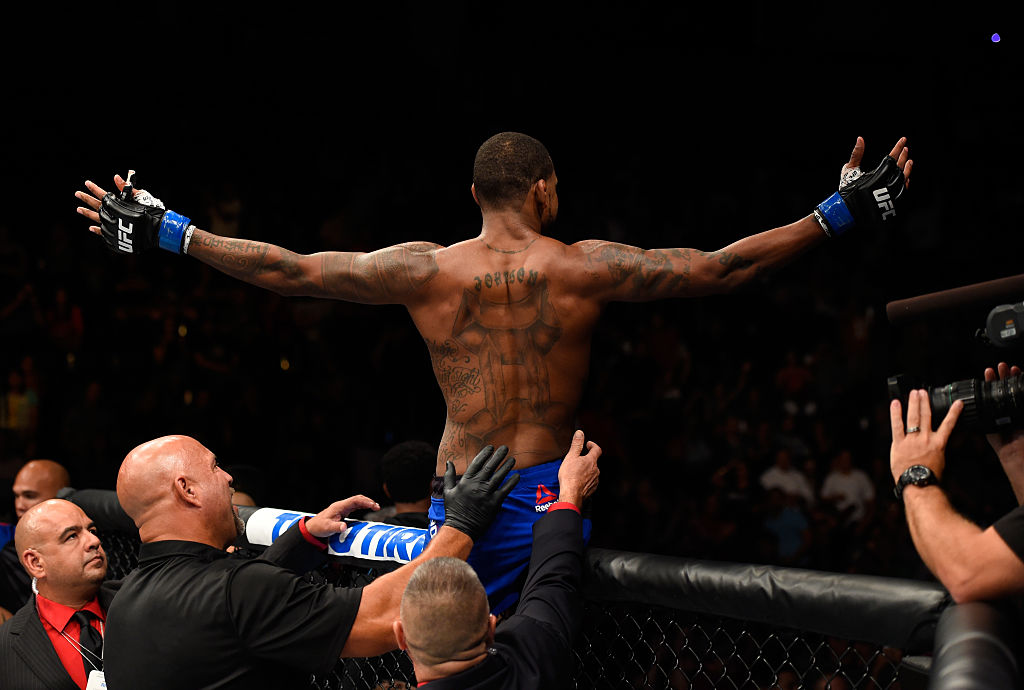 UFC Fight Night event at State Farm Arena on September 17, 2016 in Hidalgo, Texas. (Photo by Josh Hedges/Zuffa LLC)" align="left" />I never want to be on the lower end of the main card,” he said. “I got into this sport and this business to be at the top and to be the best and dominate everybody. That’s my goal and what I’m setting out to do, so I love being in the spotlight and I love being on that poster and having my name on the marquee. That means progress to me. This is my second main event in my last three fights and I’m ready. I’m excited.”

He’s even more excited for what’s next should he win this week. Already the owner of wins over two fighters ranked over him – Tony Ferguson and Edson Barboza – Johnson could have an interesting future, especially with champion Conor McGregor preparing for a boxing match against Floyd Mayweather.

“My story is pretty crazy and I’ve got a lot of ways to play it after getting this win,” he said. “As far as I’m concerned, we don’t have a champion in this division right now. To me, Conor vacated that title when he signed to fight Mayweather, and like I always said, my hat’s off to him – that’s an amazing feat. But we don’t have a champ, so it’s primed for me to go in here and do away with Justin and make my case for a title shot.”