The Return Of Johnny Walker

It’s been a little over a year since Johnny Walker bopped his way out to the Octagon, smiling his wide smile, his eyes radiating child-like excitement as he makes his way towards the UFC cage.

Saturday night, the charismatic Brazilian will end the longest hiatus of his UFC career when he faces off with countryman Thiago Santos in the main event of this weekend’s fight card at the APEX, and he couldn’t be more excited about returning, about headlining, and about sharing the cage with the man known as “Marreta.”

“I can’t wait to fight,” Walker said eagerly on Tuesday afternoon, just a few days away from competing for the first time since collecting a first-round stoppage win over Ryan Spann a year ago. “It has been so long — so much training, so much focus — that I want to put on a show.

“I’m very proud and very glad the UFC gave me this opportunity,” he said of his main event assignment. “I’m going to show my value because I’m going to put a show on. I’m a showman and I’m going to make a quality fight, and make people get emotional at home watching; they’re going to love my performance.

“He’s a really cool guy and I respect him a lot,” he added in regards to Santos, who enters Saturday’s pairing on a three-fight slide, searching for his first victory since stopping current champion Jan Blachowicz in Prague early in 2019. “He’s a legend in Brazil and I’m very proud to share the cage with him; it’s a dream come true.

“I was growing up watching guys like this fighting and now I’m here fighting with them, so I’m just so happy.”

The effervescent light heavyweight is also looking forward to exhibiting the improvements he’s made over the last year following a second training camp under the tutelage of John Kavanagh at SBG Ireland.

Prior to his fight with Spann last September, Walker detailed the series of events that led to him being essentially stuck in Ireland, unable to return to Montreal’s Tristar Gym, where he’d completed his previous training camp ahead of his fight with Nikita Krylov. Though he’s always been a bit nomadic when it comes to his fighting career and training situation, Walker acknowledged in the build to that fight that settling in and building a long-term relationship with a head coach was something he needed in order to reach his full potential.

He thought it was something he was going to build with Firas Zahabi in Montreal, but after travel restrictions forbade him from returning to Canada, Walker asked Kavanagh if he could prepare at the Dublin gym, and a fruitful working relationship began being forged.

“I think I’m going to take a little bit of time to work with John so he can help me improve myself and we can work together a little longer so I can improve myself further,” he said last year, foreshadowing how his next 12 months would play out. “You cannot fix mistakes and learn everything in one month, two months; you need more time to really learn, so that’s my plan for the next few years.

“John is an amazing coach and he helped me with everything, connected me with all the coaches, all the people that are going to help me as well,” Walker said Tuesday when I reminded him of his previous comments and asked about his bond with Kavanagh. “It’s been amazing.

“He’s very technical and he teaches you things that are going to work. He has patience and he really likes to improve people — to make fighters, to make champions.”

And make no mistake about it: Walker wants to be champion, and intends to put his everything into accomplishing that goal, and more, over the next five years.

“I promised myself to invest the next five years, 100-percent committed to myself and my career,” began the towering Brazilian, who scored three straight first-round stoppage wins to begin his UFC career and rocket into relevance in the light heavyweight division.

Consecutive losses halted his ascent and injuries have been an ever-present issue for the high-motor, all-action competitor, who suffered a shoulder injury while doing “The Worm” inside the Octagon following his UFC 235 victory over Misha Cirkunov.

He underwent another surgical procedure at the start of February after suffering a torn pectoral muscle preparing for a fight against Jimmy Crute at UFC 260. Now fully healthy and paying increased attention to injury prevention and listening to his body, Walker is eager to see what kind of results his new approach will yield.

“I had surgery seven months ago, and it taught me to feel my body, listen to my body, understand my body — when I can go, when I have to stop, when I have to rest,” began Walker, who carries an 18-5 record into his main event pairing with Santos on Saturday. “I like to fight, but this time that I took off, it was perfect for me. 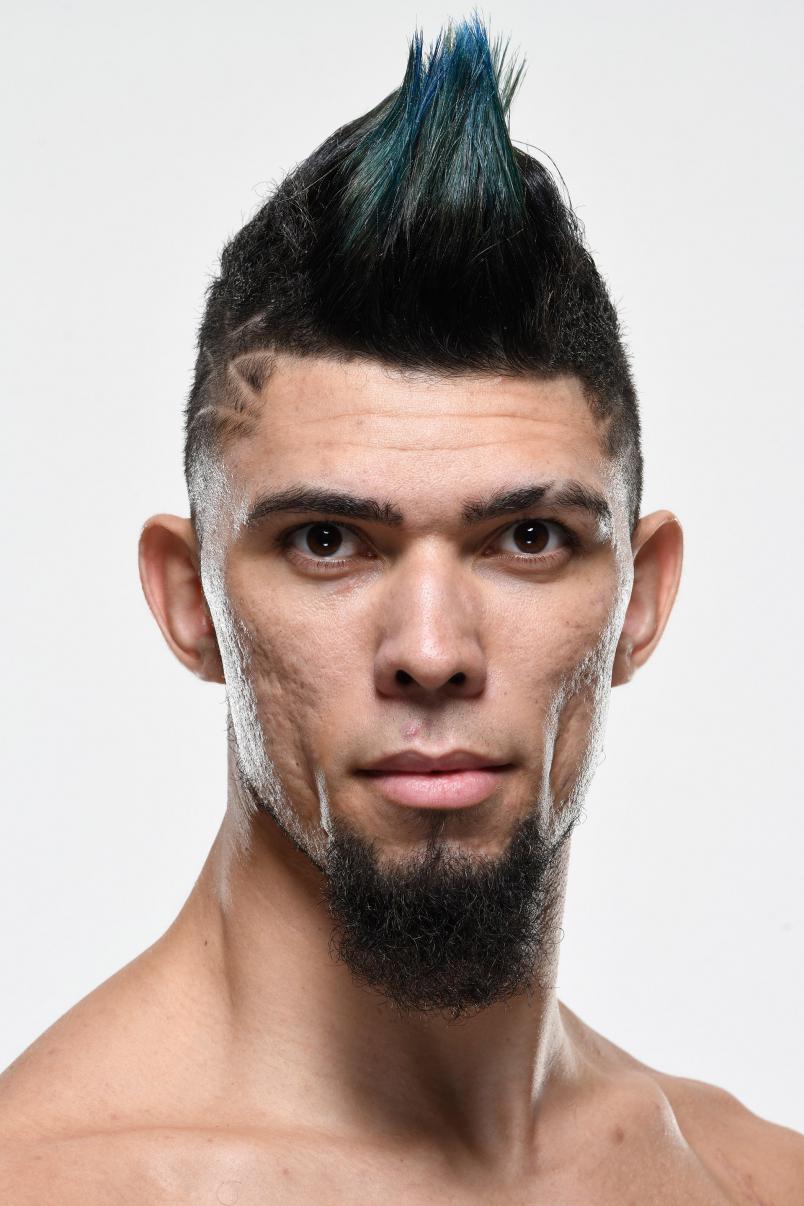 Fueled by being at full strength and bolstered by being in the final pairing of the evening, the always-entertaining Walker only sees one way that this weekend’s clash with “Marreta” could possibly play out.

“I see me winning this fight because I’m doing everything properly,” he said plainly. “There is no other option, no other way that this fight can go because everything has worked so perfectly and I’m so confident. I can’t wait to fight.”

And if things go as planned and he comes away from Saturday’s engagement with a clean bill of health, he’s even got a name in mind for whom he’d like to face next.

“If God blesses me to where I have no injuries and I get this win, I would like to fight the guys in the Top 5,” he said. “Maybe Jiri Prochazka.”