The first five months of Johnny Walker’s UFC career were nothing short of magical.

After earning a chance to compete in the Octagon with a unanimous decision win over Henrique da Silva on one of the all-Brazilian editions of the Contender Series held in the summer of 2018, the towering light heavyweight with the mega-watt smile burst on the scene like he was shot out of a cannon, quickly establishing himself as a cult favorite amongst fight fans and a potential contender in the 205-pound weight class.

Between November 17, 2018 and March 2, 2019, Walker fought three times, needing a grand total of 168 seconds to dispatch Khalil Rountree Jr., Justin Ledet, and Misha Cirkunov. Each first-round finish was more ridiculously spectacular than the last, transforming him into an instant sensation with the UFC audience.

Less than six months into his UFC run, people were talking about Walker as a potential title contender, wondering if he was the guy who was finally going to test — and perhaps beat — reigning light heavyweight champion Jon Jones.

A dislocated shoulder suffered while celebrating his victory over Cirkunov temporarily forced him to the sidelines, but did nothing to slow his momentum or temper expectations. His return bout at UFC 244 in New York City against Corey Anderson was viewed as the final hurdle he needed to clear in order to establish himself as a bona fide title threat, and despite having spent less than three full minutes inside the Octagon, Walker was positioned as the favorite heading into his clash with the streaking Ultimate Fighter winner.

Walker’s magical run was over.

“This was the worst winter ever; I’ve never been so cold,” said Walker, just a few days removed from the icy climes of Montreal, Quebec, Canada, where he’s spent the last several weeks, training at the city’s famed Tristar Gym under the watchful eye of Firas Zahabi as he readies to make his return to the cage this weekend against fellow all-action cult figure Nikita Krylov in Brasilia. “The cold there hurts worse than training. I know I didn’t get the worst one, but for me, it’s the worst one.

“It’s really cold. I was not ready for this.”

While he wasn’t ready for the bracing cold, Walker was ready for a change following his first-round loss to Anderson last November.

He didn’t look like himself against Anderson, and didn’t fight like the guy who bombed his way through three opponents in less than three minutes combined, snagging three Performance of the Night bonuses along the way. 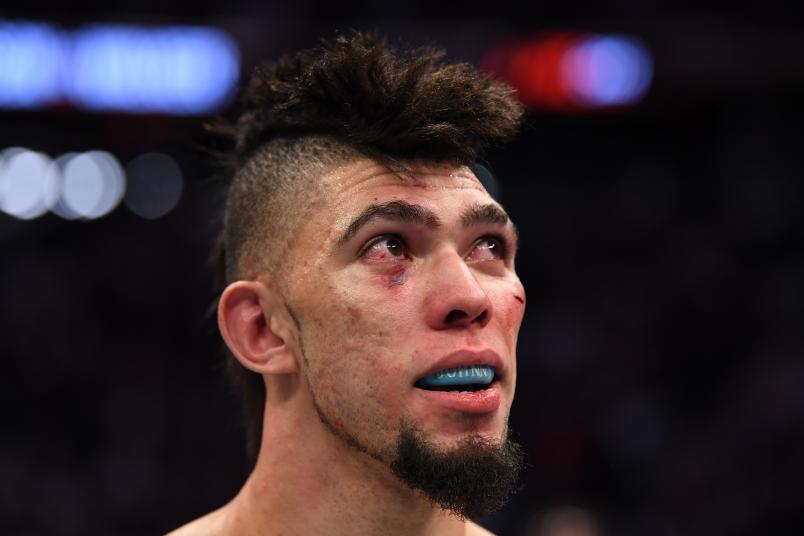 He was tentative and let Anderson dictate the terms of engagement, which proved to be his undoing. As soon as the dust settled, he discussed tensions within his camp about how to approach the fight and a desire to work with a different team going forward.

“Everything started with changing my management,” said Walker, who was encouraged to seek out new representation by his girlfriend, and ultimately signed on with Paradigm Sports Management, one of the premier management groups in the sport. “After that, I started to listen to her more, listen to my first coach more, listen to the people that care about me more and invest in myself more because I want to be the best version of myself every day.

“When I wake up, I want to be better than yesterday, so everything started changing when I started listening to people that love me and want to help me.”

Despite the Hoth-like conditions in la belle province, Walker immediately felt at home at Tristar, recognizing that he was surrounded by an elite group of coaches and athletes who were all eager to share their knowledge and help him improve. 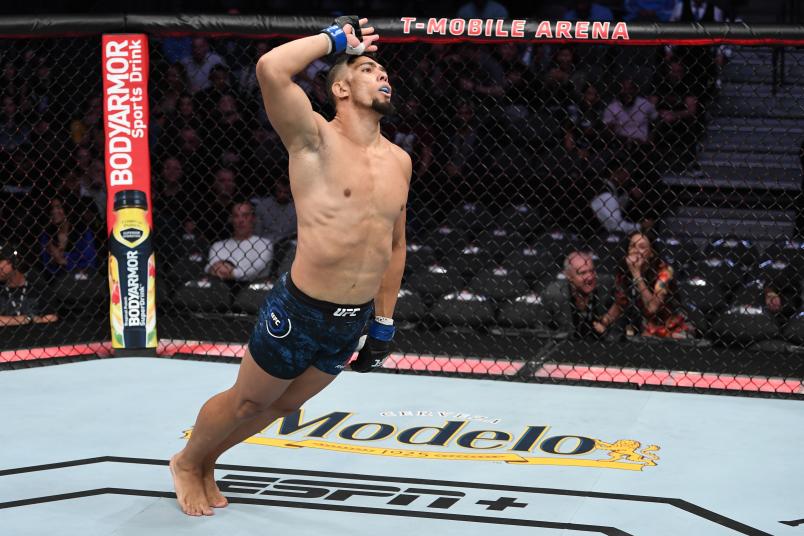 LAS VEGAS, NV - MARCH 02: Johnny Walker of Brazil celebrates his victory over Misha Cirkunov of Latvia in their light heavyweight bout during the UFC 235 event at T-Mobile Arena on March 2, 2019 in Las Vegas, Nevada. (Photo by Jeff Bottari/Zuffa LLC/Zuffa LLC)

LAS VEGAS, NV - MARCH 02: Johnny Walker of Brazil celebrates his victory over Misha Cirkunov of Latvia in their light heavyweight bout during the UFC 235 event at T-Mobile Arena on March 2, 2019 in Las Vegas, Nevada. (Photo by Jeff Bottari/Zuffa LLC/Zuffa

“I always try to be in a good place. When I was in Russia, I had really good guys to train with. I was in Thailand training with good Muay Thai guys, and now I’m with Firas and I know I have to stay here for a long time because I have so much to learn with them.

“I know they’re the right people to have around me; I recognize that,” he added. “I have to come back because this is just the beginning.”

In addition to expressing a desire to find a new sensei to guide him in his mixed martial arts journey immediately following his loss to Anderson, Walker also lobbied for the chance to get back into the cage as soon as possible.

Where some competitors would opt to press pause and take a step back before resuming their charge, the infectiously positive Walker quickly put everything into perspective and saw no reason to take time off considering he came away from the fight with nothing more than a loss on his record.

“I’ve only been a professional for five years and I started fighting seven or eight years ago; I’m like a baby,” said Walker, who correctly theorized that losing to Anderson didn’t knock him too far down the rankings and that a couple quality wins would put him right back where he was prior to their showdown at Madison Square Garden. “I’m young. I know what I want in my life. I chose to be a fighter, so I have to do this; I have to come back quickly.

“I’m in the right place now,” he added. “To be the champ, in order to be the best, I have to be with the best people, so I’m doing the right thing now.”

While his ever-present smile and overall flamboyance has cast Walker as a fun-loving supporting character in the ensemble that makes up the light heavyweight Top 15, there is a sharp, focused fighter with clear goals and championship ambitions resting behind that care-free façade.

It’s a burning desire to reach those goals that made him want to fight again right away and that drove him to endure the freezing Montreal winter, and it’s what has him champing at the bit to cross the threshold into the Octagon again on Saturday night, eager to remind people of his potential and show that he is better today than he was the last time they saw him.

“I just want to be myself, fight like the first three fights that I fought in the UFC. I’m ready for three rounds. I’m ready for 10 seconds. I trained so hard, so I want to test my skills, test myself, and I want to win. I need this win.