Johnny Walker Destined For The Spotlight

UFC Light Heavyweight Johnny Walker Has Made A Name For Himself Thanks To His 'It' Factor, And He Looks To Continue To Entertain This Weekend Against Jamahal Hill
By Gavin Porter, On Twitter @PorterUFCNews • Feb. 17, 2022

Johnny Walker was visiting fellow fighter Michel Pereira in Las Vegas when his phone rang late last week. It was his manager calling to ask him if he was OK with being the UFC’s new main event for February 19.

“Of course! You don’t have to ask me!” Walker responded with excitement.

The truth is that Walker is the type of person that lives to be in the main event, to be the most exciting fighter to step into the Octagon on any given night. It’s something that just comes naturally for Walker, and for his crucial light heavyweight bout with Jamahal Hill to be moved to the main event feels like destiny. 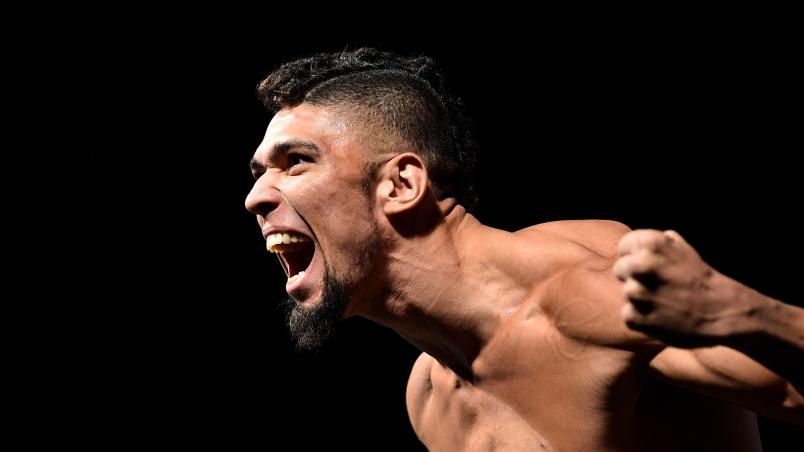 Johnny Walker of Brazil poses on the scale during the UFC 235 weigh-in at T-Mobile Arena on March 01, 2019 in Las Vegas, Nevada. (Photo by Chris Unger/Zuffa LLC/Zuffa LLC via Getty Images)

“It’s simply amazing,” Walker told UFC.com. “I’m glad to be here in the main event again. I’m so excited and so happy. I’m happy to bring the madness. Let’s go!”

The madness Walker is referring to is his trademark unpredictability and explosiveness in the Octagon. His pure athleticism has caused his opponents fits and as he’s improved over the years, he’s become one of the most dangerous fighters in the division.

He believes he’s accomplished that evolution by using every fight, every sparring session, and every training session as an opportunity to level up.

Walker’s journey from raw prospect to true contender hasn’t come without its bumps in the road. He’s failed to get his hand raised in three of his last four outings, with all those contests coming against contenders such as Corey Anderson, Nikita Krylov and Thiago Santos.

He’s loved every step of his UFC career thus far and he finds value in those defeats, especially his five-round bout with Santos.

“Five rounds is a lot of time in the Octagon at a high level against a guy in the top five. I wasn’t happy with the result, but I was happy with what I went through,” Walker said. “It was just more experience for me and I’m a better fighter today.”

Another part of Walker’s evolution has been his ability to channel his energy. He found the right balance between training and fun heading into this bout with Hill and it’s helped him be in the perfect spot to make a statement. 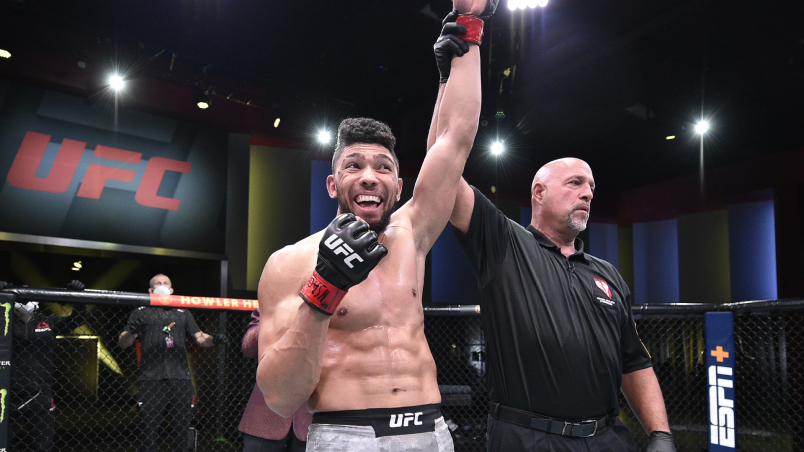 Johnny Walker of Brazil celebrates after his TKO victory over Ryan Spann in their light heavyweight bout during the UFC Fight Night event at UFC APEX on September 19, 2020 in Las Vegas, Nevada. (Photo by Chris Unger/Zuffa LLC)

Johnny Walker of Brazil celebrates after his TKO victory over Ryan Spann in their light heavyweight bout during the UFC Fight Night event at UFC APEX on September 19, 2020 in Las Vegas, Nevada. (Photo by Chris Unger/Zuffa LLC)

“Life is so short; you have to live the best way and get the most of it. You have to be happy all the time. Happy is better than sad, right? I prefer to be happy,” Walker said. “You have to keep motivating yourself and keep your dream running. I fight for money for my family and to give them a future and to give myself a future. I’m working hard today and in the next few years to support my family. I’m going to get married in December and I want to have kids and I fight for them right now. I don’t have them right now but I’m already fighting for them.

RELATED: Fight By Fight Preview | Fighters on the Rise | The Scorecard | UFC 271: Adesanya vs Whittaker 2

Fighting for something other than fun has pushed Walker to have the best training camp of his career. The rubber has met the road at the perfect time for Walker, who knows a win over Hill could put him right back into the title contender mix at light heavyweight.“I’m mature, more explosive, and feeling myself. I’m happy how all I got to go do is have fun and do what I do. I train hard every day and I’ve been getting ready for a long time. I’ve been training for this fight for the last five or six years and this is who I am today.” 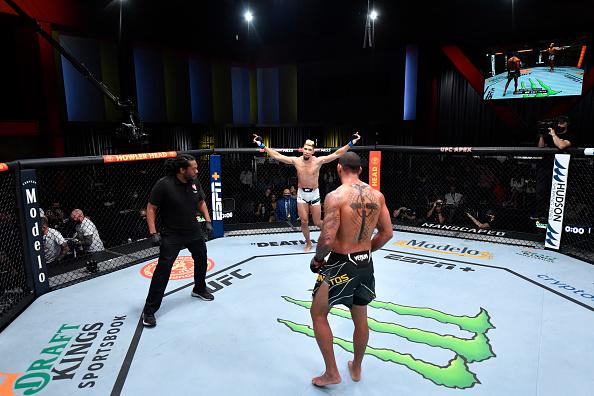 Johnny Walker of Brazil reacts after the second round of his light heavyweight bout against Thiago Santos of Brazil during the UFC Fight Night event at UFC APEX on October 02, 2021 in Las Vegas, Nevada. (Photo by Jeff Bottari/Zuffa LLC)

Johnny Walker of Brazil reacts after the second round of his light heavyweight bout against Thiago Santos of Brazil during the UFC Fight Night event at UFC APEX on October 02, 2021 in Las Vegas, Nevada. (Photo by Jeff Bottari/Zuffa LLC)

Walker acknowledges that Hill is going to be a real challenge and that his opponent has some real momentum after coming off a big 48-second knockout of Jimmy Crute.

“He’s a really top-level fighter and I’m happy to have him as an opponent. It’s going to be one more big test for me and it’s going to show if I’m ready to get higher in the ranks,” Walker said. “He knocked out Jimmy Crute really quickly. It was a good KO and now he’s going to have to test himself against me.”

Walker pauses to crack a wry smile before continuing.

“He has to face me. So, let’s see what’s going to happen on Saturday night.”