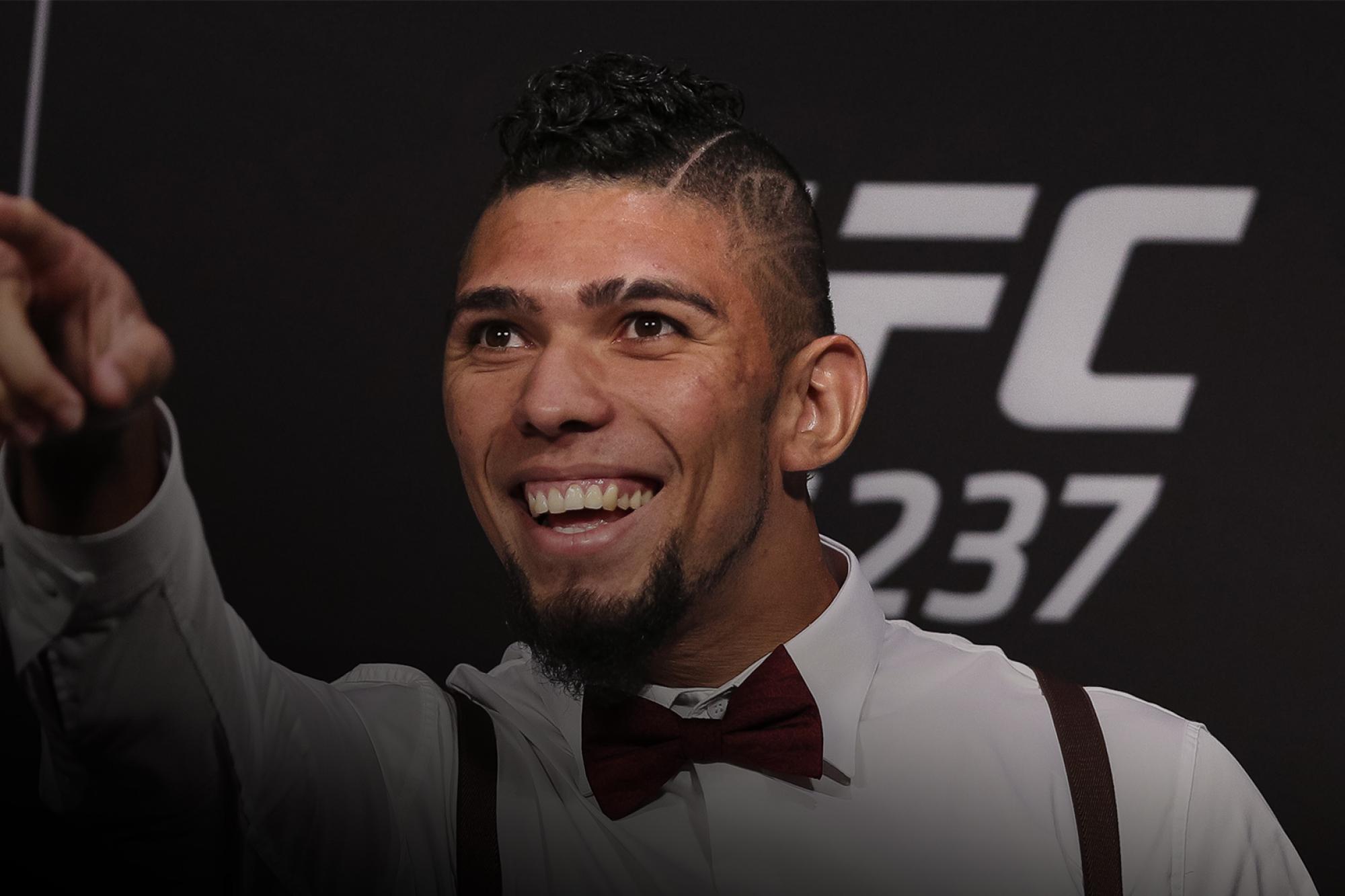 Johnny Walker is the Definition of Unpredictable

One hundred and sixty eight seconds. That’s all Johnny Walker needed to jump near the front of the light heavyweight line. In that timespan, Walker picked up three first-round finishes, three performance bonuses and a reputation as an entertainer from the moment he walks to the Octagon.

When he gets to the cage, the best way to describe Walker is large. He’s a big, physical presence at 6-foot-5, and he is as athletic as anyone on the roster. He uses that athleticism to generate power in close quarters – his elbow from the clinch against Khalil Rountree sounded like a baseball player hitting a home run – and he fights with a viciously unpredictable striking style that helped him dispense of Justin Ledet and Misha Cirkunov in less than 40 seconds each.

That is all to say that while Walker routinely creates memorable moments, he hasn’t given UFC fans all that much to see. In that sense, he’s akin to Boba Fett, the Star Wars character who reached iconic status despite spending less than 20 minutes on screen.

An injury sustained while celebrating his win over Cirkunov put a slight halt on Walker’s skyrocketing up the light heavyweight rankings, but now, he is set to fight Corey Anderson on the featured prelim at UFC 244. Should Walker do what he’s done so far, he’ll cast a net farther and wider than ever before – one that should rake in the fans and rack up the hype

“Everybody in New York is great,” Walker said. “They like shows. They like basketball, and they like to have fun. I’m trying to bring some fun to them on Saturday night”

Walker’s ability to make swift work of some of the best mixed martial artists is eye-popping. That said, Walker’s path included its fair share of adversity. While he lived in Curitiba, he split time between working a security gig that was enough to pay for two out of three options: food, gas and power. And yet, Walker said he went undefeated in 24 Muay Thai fights winning each fight (unsurprisingly) by knockout. In December 2013, a little more than a year after taking Muay Thai classes and a few months of jiu-jitsu training, Walker leapfrogged amateur MMA and turned pro. During the next three-plus years, Walker amassed a 10-3 record.

Then came the next hurdle. Walker said his coach called and talked about a chance to go to the United Kingdom and he started training in Scotland.

“Without money, without (speaking) English, without a house, (I’m) like homeless, I kept training, kept doing my best,” Walker said. “Running on the beach in the cold because Scotland is cold. My coach helped me to survive there.”

In spite of those difficult circumstances, Walker won his first fight in London in February 2018. The next month, he racked up another victory. A mere six days later, Walker flew to Belgium to fight a heavyweight bout and came away with a first-round finish. That trio of victories led to the Brazil edition of Dana White’s Contender Series and, despite some confusion that led to a poorly-timed meal, Walker earned a UFC contract.

“I thought I had time to digest, but then I fought with my full stomach,” Walker said. “I threw up a lot after the fight, but I won, I got the contract, and now I’m here.”

And now that Walker is here, he intends to continue to follow the precedent he set when he moved to the UK. Walker has spent time in Thailand and Russia, and he intends to continue to travel the world to learn more about different countries and their martial arts. This worldliness and willingness to learn adds more fuel to his unpredictable nature, making him the real force that he is at 205 pounds.

Anderson presents Walker with his toughest challenge to date, but the Brazilian welcomes the chance to go past the first round for the first time in the UFC.

“I train so hard, so I want fight three rounds, five rounds,” Walker said. “I don’t know what’s going on. When I start punching, I knock them out, so it’s my fault, but I want to fight more. So if I have a (quick) finished fight again, I want to fight as soon as possible.”

Few fighters are as unpredictable as Walker, but some aspects of his fights are expected: He’ll throw wild techniques with precision, he’ll have fun doing it, and he’ll absolutely break out into dance throughout the night. Walker started taking dance lessons shortly after starting Muay Thai, and while he said he took them mainly to have more fun when he went to parties, they actually help him with coordination and mobility translating to MMA.

Chalk that up as another out of the box method to Walker’s madness. He has his eyes fixed keenly on the seemingly unbeatable Jon Jones, but he’s in no rush to get there.

“I know if I fight against (Jones) today, now, it’s going to be a very good fight,” Walker said. “But the more experience is better for me.”