Johnny Case's take on ... 'The Bachelorette'? 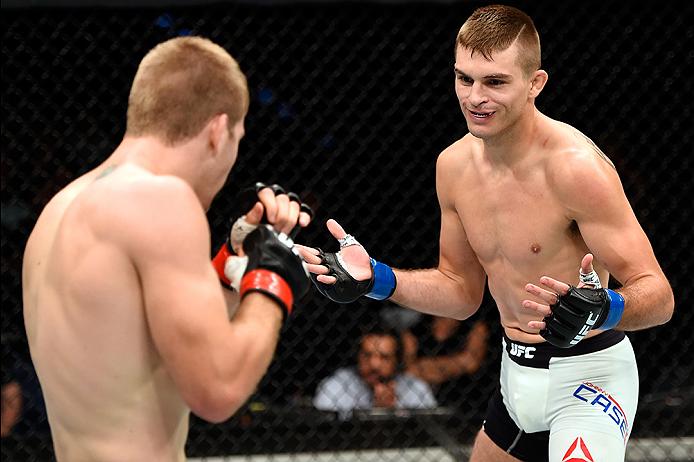 Given the antics of series bad boy Chad Johnson, maybe it was a good thing lightweight prospect Johnny Case didn’t get on this season of ABC’s “The Bachelorette.”

“I could have seen one of two things happening with Chad,” Case said. “Either I would have been really cool with him and we would have been friends, or I’d have just choked him out. (Laughs) It’s hard to tell because of how people get portrayed (on reality television). Obviously, he was a big meathead, but I think the other guys on there were so passive that they were afraid of him. And honestly, I think he was passively bullied to the point where he had to freak out. He’s the only one keeping it real.”

Johnson was given the boot from the reality show after a series of incidents with the other contestants competing for the hand of bachelorette JoJo Fletcher. One look at said incidents made it clear that Johnson might not have been so bold if a professional mixed martial artist was in the house. Case isn’t so sure that he and Johnson would have been at odds.

“I don’t know if we would have had a problem,” he said. “He wouldn’t have been threatening to me. I feel like all the other guys in the house were threatened by him, so they were passively attacking him.”

So what makes a UFC star on the rise want to be on the hit series?

“JoJo is hot as hell, so that’s a plus,” Case laughs. “Also, I just wanted to get on TV and let the world know what kind of person I am and maybe win some fans that way.”
RELATED CONTENT: "Hollywood's" fighter bio | Watch Case's past fights on FIGHT PASS

Is he still interested in being on a future season of the show?

“Absolutely,” he said. “I feel like one thing that a lot of fighters can’t do is just be themselves in front of the camera. And I don’t have any problems with that. So I think I would be really good for it, but if it never happens, then it wasn’t meant to be.”

And it’s not as if Case is sitting idle in the meantime. Currently back home in Iowa visiting family for a few weeks, “Hollywood” is hoping for a September return as he heals up a foot injury,

“It sucks being out and watching everybody get fights and climb the ranks and I’m just sitting on the sidelines twiddling my thumbs,” he said. “But at the same time, I don’t want to rush this and then get hurt again before a fight and have to back out and be on the sidelines even longer. The younger, kind of dumber, me would have been like, ‘Yeah, let’s get back in there as soon as possible,’ but the older, wiser me is like ‘Let’s take the time, let it heal properly, make sure everything’s fine, and have a longer career that way.’”

And as he waits, he might actually have a normal summer.

“I don’t remember the last time I had a summer,” he laughs. “After high school maybe.”

There’s been a reason for working all year long though, and it’s getting to the top of the lightweight division. Currently 22-5 as a pro, the 26-year-old had won 12 in a row, four in the UFC, before a March loss to Jake Matthews. 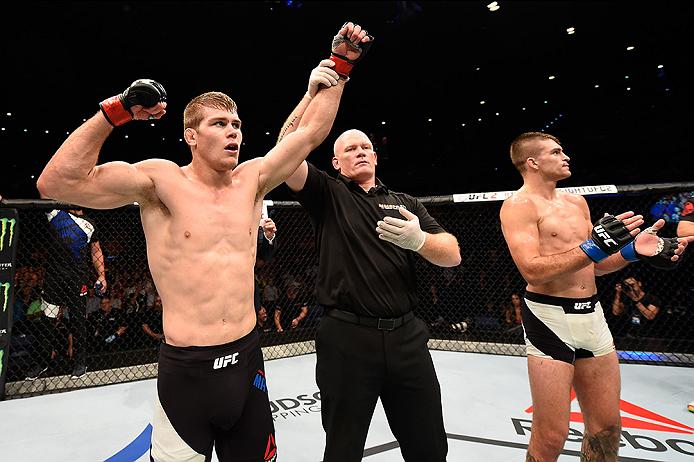 “Losses always suck, but they’re always positive because they give you the insight that maybe you weren’t seeing,” he said. “When you win five years in a row, you tend to believe that what you’re doing is good enough. You’re winning fights, so what’s the problem? The loss made me realize that maybe my standards weren’t as high as I needed them to be. I’m aiming to be world champion. I don’t just want to be here and win a few fights. I want to be champion of the world.”

He’s also not losing sight of the big picture – not just in the fight game, but in life. So while Case can’t fight until later this year, he did take advantage of the UFC Athlete Development department’s new job shadowing program, which put him in the Red Rock Casino Resort & Spa to shadow key executives in several different departments.

“It was one of the coolest and best opportunities that I kind of ran into almost by mistake,” Case said. “And it wasn’t the jobs they were teaching me to do, it was the people and the way that they do their jobs. Those people hold themselves to the highest standards. And the reason they do everything is the sense of pride they have in what they do. Out of everything, that’s what made the light bulb go off.”

It’s a smart move by a smart young man, one who knows how fickle a sports career can be.

“Before I got to the UFC, I had nothing,” he said. “I had to sell everything I owned, and I showed up to San Diego with a bag of clothes and a bag of training gear. Those were the only possessions I had. I threw all my eggs in one basket and hoped and prayed that I could be successful as a UFC fighter. So I think knowing how bad it can truly be, that kind of humbles me and makes me realize there are seasons of life and you can be at the top of the mountain one day and the next day that wind will blow your ass all the way back to the bottom.”

For now, things are only looking up for the Iowan, and he plans to keep it that way. As for the next chapter of his career, he promises to give fight fans even more of what they want when he returns to the Octagon.