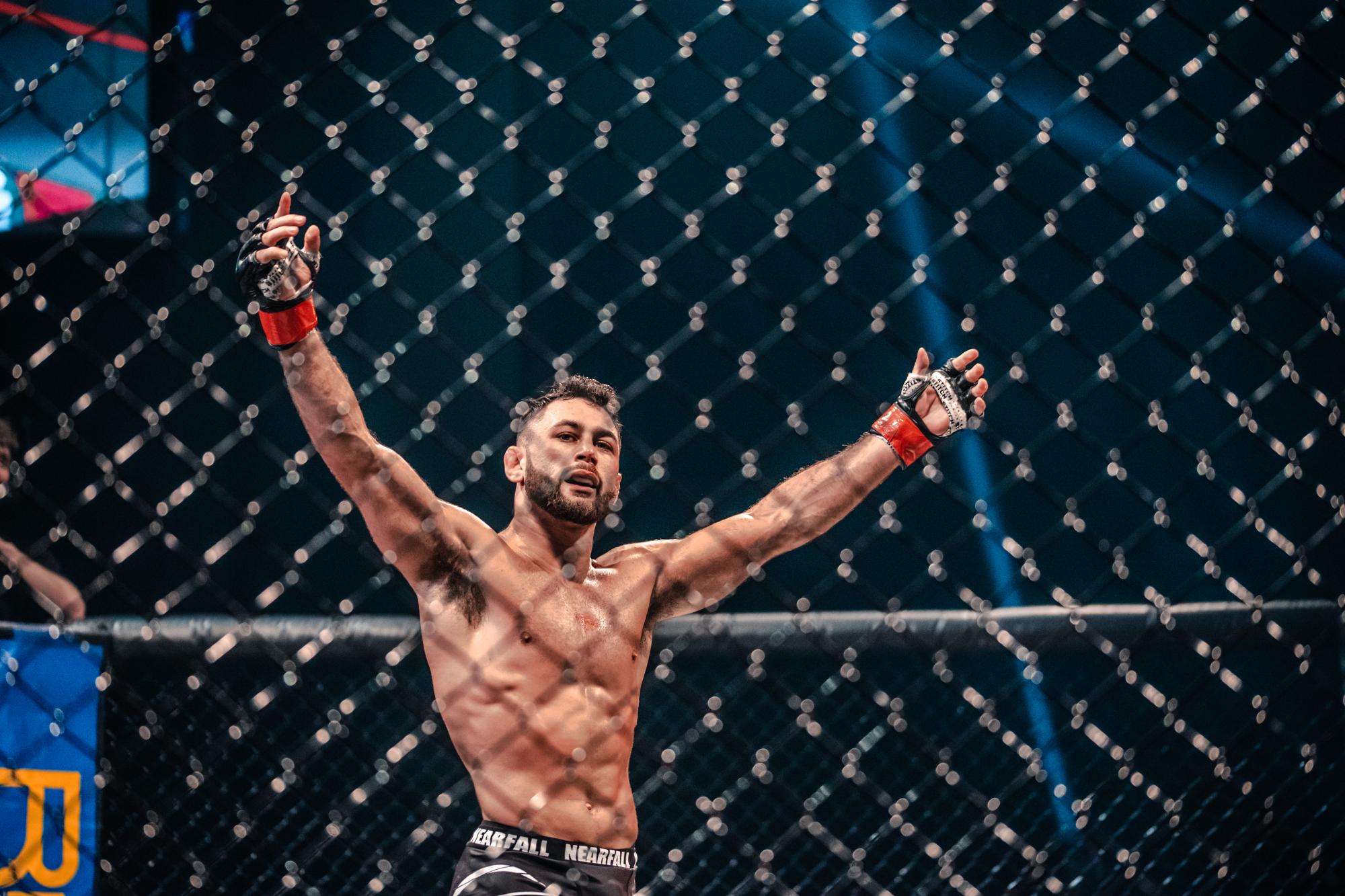 Legendary Wrestling Coach John Smith Believes That Nick Piccininni Has The Physical And Mental Tools To Make A Splash In The MMA World.
By Walker Van Wey • Jun. 24, 2021

John Smith, one of the greatest American wrestlers of all-time turned legendary Division I coach, sat at home in central Oklahoma smiling as yet another student of his tears through proven MMA talent.

Wrestling standout Nick Piccininni rejected school after school before making his collegiate debut at Oklahoma State University. The history of NCAA gold and the allure of being guided by one of the most brilliant wrestling minds the sport has ever seen led Piccininni down a path that included four Big 12 titles, well over 100 wins and immortality in the mecca of college wrestling.

One cycle has been completed and another has begun. With wrestling nearly perfected, Piccininni has started from scratch and officially begun his MMA career. It’s something OSU’s coach, John Smith, has seen time and again. More than any other coach.

“We’ve had several of them move in that direction,” Smith said. “Your original thoughts are that there’s a level of skills that those guys need to develop that goes beyond wrestling. They just need to recognize what they’re getting into and they recognize the skills they need to learn.”

While confident his skills are up to snuff, Piccininni wasn’t forced to show off any of his new weapons in his debut win over Chancey Wilson on June 18. The early takedown came almost flawlessly, and while he sealed the win with surprisingly aggressive ground-and-pound strikes and a rear naked choke, Piccininni’s wrestling base was what stood out the most.

Regardless of how many times Smith has seen Piccininni work himself out of bad positions on the wrestling mat, it was the same anxiety as the early matches of Piccininni’s wrestling career.

“I was a nervous coach,” Smith said. “I thought, ‘OK, he committed to this and wants to be successful,’ and I was pleasantly surprised at what I saw. He’s always had the discipline. I mean, he was such a disciplined athlete here at Oklahoma State, both athletically and academically. I don’t know if I ever even had to talk to him about school the whole time he was here. Just really disciplined. So, was I surprised? I was a little surprised, but I don’t know why I was surprised.”

AND HELL CAME WITH HIM!!!

Piccininni has made his intentions known. This wasn’t an experimental venture for the Oklahoma State graduate. High-level MMA is his future, and although most of the MMA world may not know his name yet, he already has a lifelong fan back in Stillwater, Oklahoma.

Can Piccininni go on to have a storied career like Randy Couture, Daniel Cormier, Johny Hendricks and many others? Only time will tell, but with discipline and a 1-0 record in a surging division, he’s off to a good start.