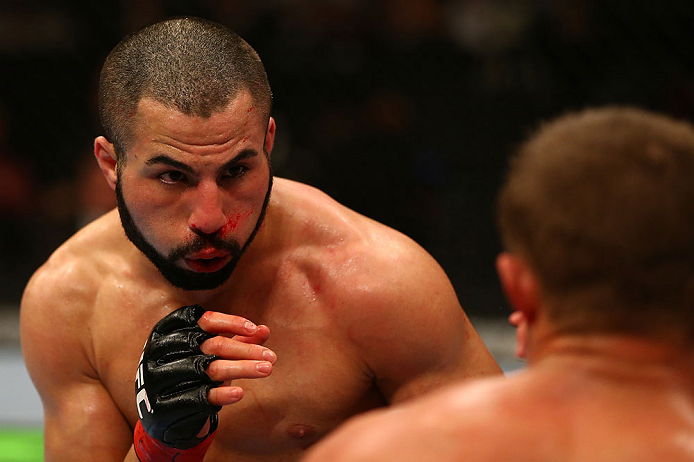 Nicknames are given for a variety of reasons.

The way someone looks, the way someone acts, and/or the way someone fights. It was a long time ago and in a different sport entirely that UFC lightweight John Makdessi was called “The Bull” for his come forward and often style in kickboxing. Yet while Makdessi can be quite aggressive in the cage, it’s really his relentless pursuit to get better outside of it in training that truly epitomizes the spirit of “The Bull”.

“I've competed in combat sports since the age of six,” says Makdessi. “I have transitioned into many disciplines through hard work and dedication. Not too many athletes can make the transition. I train every day. I can't control winning or losing. My goal in life is to become one of the best fighters and one of the smartest fighters. To create the most damage and to take the least damage.”

From taekwondo to Shotokan karate to kickboxing to MMA, Makdessi is always moving forward and evolving in his already more than two decade long journey as a martial artist. Over the past few years, the 28-year-old native of Halifax, Nova Scotia has been a featured member of Canada’s preeminent fight gym in Montreal: TriStar. After his undefeated career in kickboxing, he decided to tackle MMA head-on and quickly rose through the Canadian ranks, earning his shot at the UFC in 2010. Now, Makdessi is 4-2 inside the Octagon, including back-to-back unanimous decision victories over veteran Sam Stout and, most recently, former Ultimate Fighter alum Daron Cruickshank in March.

“To me, this fight was just more or less testing my skills and to see how my training had been going,” tells Makdessi. “MMA is the most complex sport. It is very diverse and there are a lot of aspects to the game, so I was just more or less going into the fight knowing Daron Cruickshank was a very tough fighter and very unpredictable. For me, it was a slow process in the fight, but I truly believe if I had a couple more minutes or another round that I could have finished it.”

At UFC 158, the first round was a feeling out process, while the final round displayed the type of surgical striking one wouldn’t think of coming from a bull, but what one would expect from a decorated kickboxer. As the bout with Cruickshank progressed, Makdessi’s striking became more abundant and more accurate, as he doubled his significant strikes landed from the first to second round and, finally, doubling that output in the third. On the flipside of the coin, “The Bull” was consistently able to slip and avoid Cruickshank’s standup attacks and thwart four takedown attempts. By the end, it was clear “The Bull” had figured out “The Detroit Superstar” while the opposite was the case for Makdessi’s opponent.

“Usually, the man who has more intelligence is the one who wins the fight,” reveals Makdessi. “I 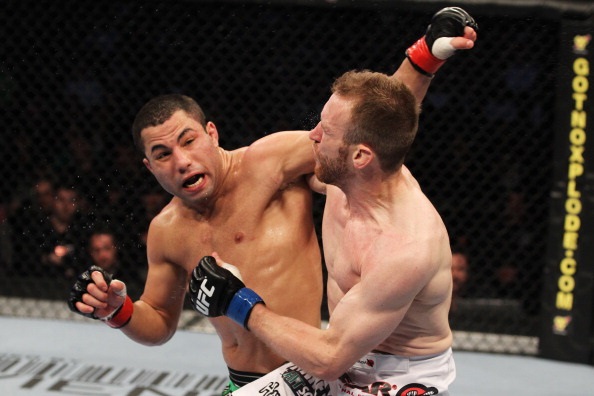 didn't want to jump the gun. I knew he was a counter fighter. He had good awareness, good footwork, and good distance. He didn't want to engage and I didn't want to engage because we are more or less counter fighters. I didn't want to rush into things because I knew his timing was good and his countering was good. I was trying to fake setups because I wanted him to commit. I wasn't committing and he wasn't committing and it was like a chess game. It was the first person to make a mistake and it only takes one shot. It only takes one punch, one kick, one takedown for the whole match to end. He was being very smart about what he was doing. Obviously, in the later rounds, we picked up the pace and he started to reach out of his range a little bit more and I believe I got the best of the exchanges. I made him miss a lot and I capitalized on his mistakes.”

A win is always sweet following months of hard work in the gym, but Makdessi’s hunger is far from satisfied with his current progress. “I still believe I don't think I have hit my full potential,” states Makdessi, who has only been in this sport for the past five years, but who has his sights set on many more in the future, which will be fun to watch for fight fans. “The most glorifying thing for me is to put on an exciting fight. I'm an exciting fighter and I believe that my style is one of the best styles out there. It's just a matter of time when I will hit my full potential, and when I do, it will be a crazy moment.”

Up next for Makdessi is a collision in Canada on September 21st against Brazilian battler Renee Forte at UFC 165. A cast member of TUF Brazil 1, Forte fought his way onto the show at middleweight before dropping two weight classes to score a UFC victory against Terry Etim at lightweight. While Forte is a skilled and unique fighter, Makdessi is focused on himself and not his opponent for this bout.

“I'm at a point in my game where I have to prove myself,” assets Makdessi. “I respect all fighters; I don't look at records. I know some fighters feel they need to cut weight to fight guys smaller than them. That's not for me. I'm comfortable at 155. At the end of the day, he's an obstacle in front of me and I have to go out there and execute my gameplan against him.”

As mentioned, “The Bull” is busy pushing himself every day against some of the best and brightest at Firas Zahabi’s TriStar Gym. Actually, Makdessi is possibly training too much, as he was originally scheduled to fight Edson Barboza in July, but needed to remove himself because of an injury associated with overtraining. Nevertheless, Makdessi is practicing with other Octagon stars like Rory MacDonald, Yves Jabouin, Mike Ricci, Francis Carmont, and UFC welterweight champion Georges St-Pierre. For him, the dedication to this transition from striker to MMA fighter is not only about learning the new techniques, but knowing how to use them together in the cage for a beautiful win. 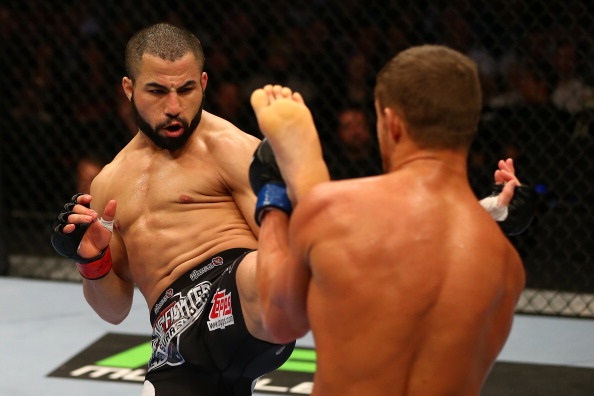 “I train harder in my weaknesses than I train in my strengths,” explains Makdessi. “I love striking. And there's more to my striking than just kicking and punching. To master one skill can take a lifetime. Just one skill. In MMA, we're trying to master many different skills. For me, I'm trying to be smart. I'm not going to become a black belt in jiu-jitsu in a year. Black belts don't matter to me; belts only hold your pants up. Good for someone that’s a black belt, but MMA is a combat sport with punches and striking. It's a totally different ball game. It's about what I'm going to do and not what he's going to do. I believe I'm a true fighter who can take the most punishment and who can give out the most punishment. I'm looking to excite; I'm looking to dominate.”

On September 21st, two lightweights will tangle as Makdessi meets Forte. “With my skills, it's going to be fireworks,” declares the Canadian, who is “The Bull” in the gym to push through the hard work, so he can be free to express himself as an artist with hook kicks and spinning backfists inside the Octagon. “I'm very unpredictable and that's a beautiful thing about me. I always try to master my techniques and I always try to do crazy things for the fans because I love to entertain the crowd. With each fight the fans watch of me, they'll never have regrets and there will always be a nice taste to it.”

With another possible striking showcase win on the horizon, Makdessi will consider a nickname change to "The Chef" for serving up all those delicious knuckle sandwiches.