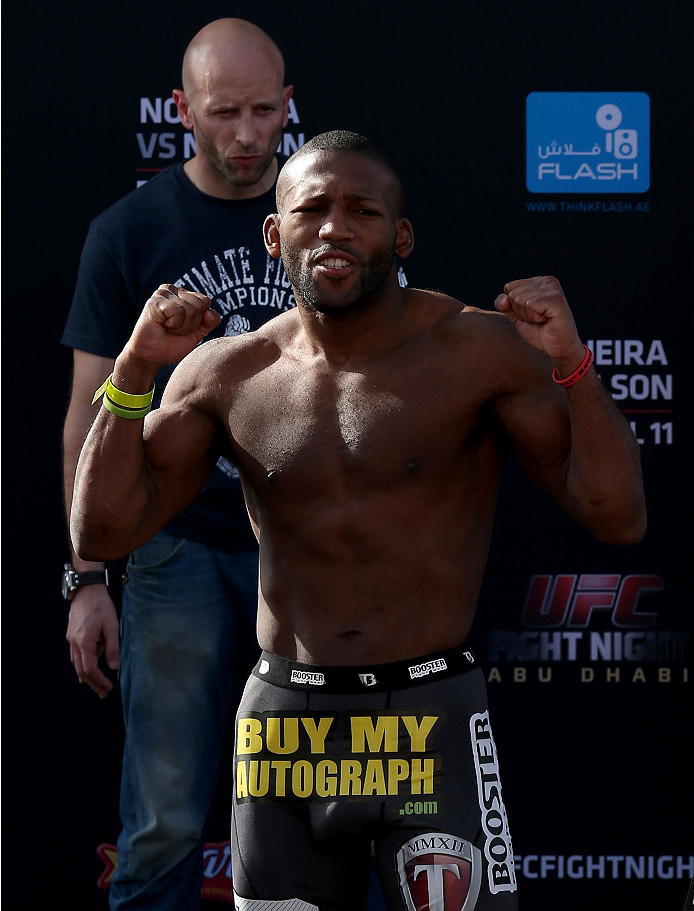 Saying New England has a rich fighting history doesn’t quite cover it.

From “The Boston Strong Boy” John L. Sullivan and Rocky Marciano to “Marvelous” Marvin Hagler and “Irish” Micky Ward, the area has produced a collection of fighters that even the most casual boxing fans recognize right away.

The flow of talent doesn’t stop when you switch from the boxing ring to the UFC Octagon either. Perennial lightweight contender and bonus check magnet Joe Lauzon calls East Bridgewater home, Gabriel Gonzaga has established Team Link in Ludlow and retired former title challenger Kenny Florian represents Brookline, while Mark DellaGrotte and Team Sityodtong are based in Somerville.

Yet as the UFC readies to return to Boston for a third time with a fight card boasting a collection of talent tied to the region, there is one fighter that is especially excited about the opportunity to step into the Octagon Sunday night inside the TD Garden – welterweight kickboxer John Howard.

“You have Massachusetts fighters – we call’em ‘Mass fighters’ – where they’re from Massachusetts, but they’re not from Boston. They live on the outskirts. They don’t live in Boston,” the compact 31-year-old states, offering up a prelude to his point. “I’m the only Massachusetts fighter who actually lives in Boston. Born in Boston, raised in Boston and still lives in Boston.”
“I live in Dorchester, which is literally a 10-minute drive from the TD Garden,” Howard, who is 6-5 over his two stints in the UFC and 22-10 overall for his career, continues. “I was born and raised inside of Boston. I have a Boston zip code. I’m a Bostonian to the core; I’m not from the outskirts.”

This will be Howard’s second time fighting under the UFC banner in his hometown, having picked up a victory over Uriah Hall in his return to the promotion in August 2013, and the opportunity to regroup on home soil couldn’t be coming at a better time.
> Watch: John Howard vs. Uriah Hall on UFC FIGHT PASS

After collecting four wins in four appearances in 2013, last year was a difficult one for “Doomsday,” as he dropped decisions to both Ryan LaFlare and Brian Ebersole in a pair of frustrating fights. 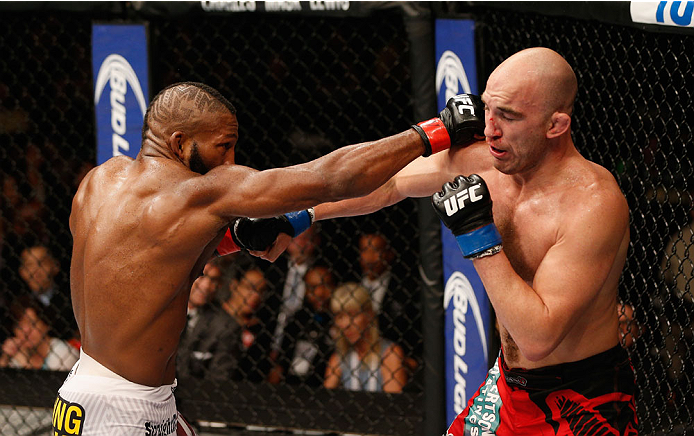 Midway through the bout with LaFlare, Howard was hit with an inadvertent knee below the belt that brought the contest to a momentary pause and left him writhing on the canvas in agony. Despite taking the full five minutes allotted to him and opting to continue on, Howard clearly wasn’t the same fighter after the foul and ended up dropping the bout by scores of 29-28 across the board.

Five months later at UFC 178, he landed on the wrong side of a split decision against Ebersole in a bout where his hirsute opponent had no interest in getting into lengthy exchanges with the heavy-handed Bostonian.

“I’m very fortunate to have the fight in Boston, getting to fight in front of my family in my hometown; I’m on cloud nine. I’ve got a great opponent for this fight too, so I’m really excited.”

A former prospect in the light heavyweight division, the 28-year-old Larkin now makes his way down to welterweight for the first time, armed with a previous victory over current champion Robbie Lawler from back when both were members of the Strikeforce middleweight ranks.

With his awkward Kung Fu style, Larkin has proven to be a tough out and someone willing to go shot-for-shot in the center of the Octagon, all of which is appealing to the man he’ll face this weekend. 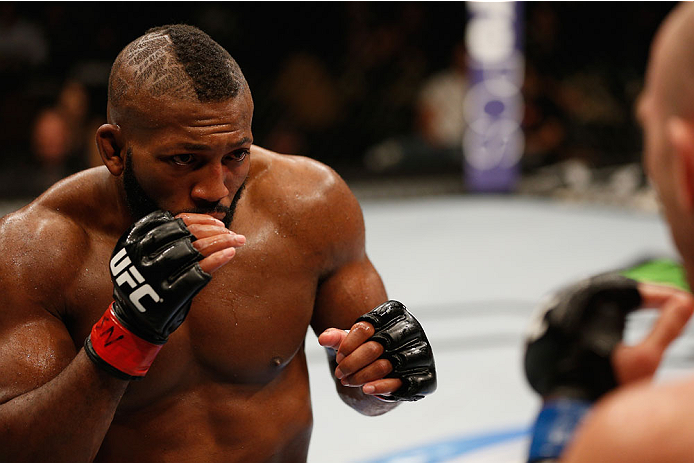 “I’m excited because Lorenz doesn’t back off – he stands in the pocket and bangs and that’s the type of style I like,” Howard says, buzzing about finally facing someone likely to engage with him again. “When I fought Uriah Hall, everyone was asking if I was scared to trade with him and I was like, ‘No – I love the fact that he’s a striker and a heavy hitter.’ I traded with him and I won that trade off. No disrespect to Uriah Hall, but he’s the one that went for the first takedown. My whole strategy was no takedowns; if you think you’re a striker, let’s test it.

“If he thinks he’s going to trade with me and have a good night, I’m going to be right in the middle, throwing as hard as I can and we’ll see what happens,” he adds. “I’ve never been knocked out my whole career. He’s been knocked out and he has to know that trading with me, I’ll stand and bang with anyone.”

Coming off back-to-back losses and potentially fighting for their place on the roster, some fighters might have lobbied for a less dangerous matchup or opt to employ a more cautious strategy once the cage door closes, but not Howard. He’s been in this position before and if he’s going out, he’s going on his shield.

Not that Howard has any intention of losing on his home turf on Sunday night.

“I’m excited; I want to test his Kung Fu against my Muay Thai,” he adds. “I’m willing to stand and bang with anybody that is willing, but if he trades with me, it might be a good opportunity for him to go to sleep.”
> Check out the full UFC Fight Night: McGregor vs. Siver fight card