"We Started With A Bang And We Get To Go Out With A Bang" Says Longtime Training Partner
By Gavin Porter, on Twitter: @PorterUFCnews • Oct. 27, 2021

His first fight of professional MMA back in 2002, to be exact. Standing in the opposite corner coaching his opponent Eric Schwartz was John Hackleman, and while he was proud of Schwartz for getting the win, it was impossible for him to ignore the potential he saw out of Teixeira.

He walked over to Teixeira and told him that they should train together, and the rest is history.

Teixeira would go on to make his way to the UFC under the tutelage of Hackleman, racking up wins and finishes along the way. In 2014, the Brazilian born light heavyweight worked his way into a title shot against Jon Jones, and even though he fell short in that bout, Teixeira established that he was one of the top fighters in the sport.

That wasn’t to be taken lightly, and Hackleman knew it.

He was so proud of Teixeira and happy to see him succeeding in all phases of his life, but the truth is that his heart wasn’t in coaching MMA anymore. He had decided after Glover’s loss to Alexander Gustafsson in May 2017 to explore other avenues and focus his passion elsewhere and Teixeira agreed, changing his training to a mix between American Top Team and his own personal training methods.

“We took a break,” Hackleman told UFC.com. “I’ve been trying to kind of retire from the fight thing and I didn’t really want to be in corners anymore.”

Teixeira would go on to split his results in his next two fights, defeating Misha Cirkunov and falling to Corey Anderson. The Anderson fight got under Teixeira’s skin, he didn’t like his performance and he reached out to Hackleman to come back. 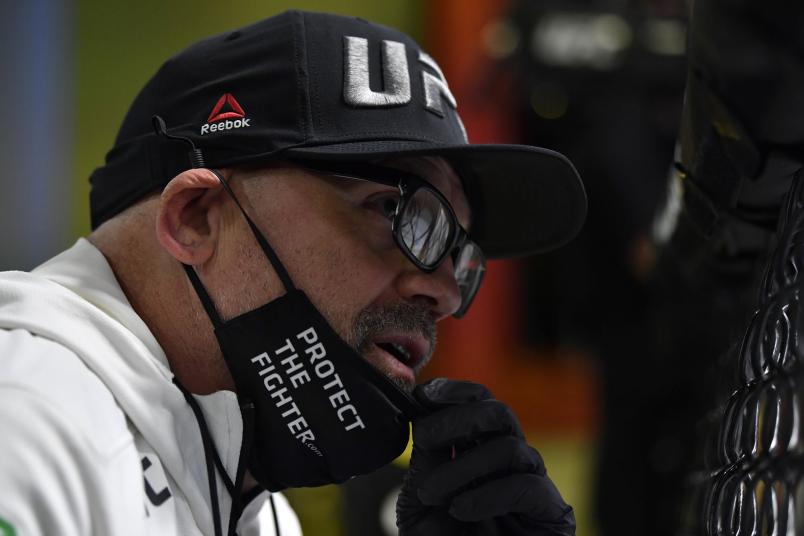 Coach John Hackleman is seen in the corner of Glover Teixeira between rounds of his light heavyweight fight against Thiago Santos of Brazil during the UFC Fight Night event at UFC APEX on Nov. 07, 2020 in Las Vegas, NV (Photo by Jeff Bottari/Zuffa LLC)

“Glover asked me to help him finish his career and even though I was reluctant, Glover has been with me for almost 20 years so I couldn’t say no,” Hackleman said. “We started with a bang and this way we get to go out with a bang.”

The “bang” that Hackleman is referring to comes in the form of a five-fight winning streak and a well-earned UFC light heavyweight title shot at UFC 267. Teixeira faces undisputed champion Jan Blachowicz in a clash of battle-tested veterans at the top of the sport.

It’s an intriguing matchup and one that Hackleman thinks was tailor made for Teixeira.

“Look at the Anthony Smith fight, he was on fire in the standup. His heaviness on the ground and his strength on the ground is just brutal. You see it in his opponents. He grinds them until they want to be submitting almost. He doesn’t let go of you once he’s on top of you. His explosiveness has shifted to the ground more,” Hackleman said. “I love this matchup. I think Jan is very good, but I don’t think there is any way that he’s going to hurt Glover. Jan is a stud and he’s a great representative to MMA and to the UFC, but Glover Teixeira has just more tools, more firepower and more ways to win.”

Hackleman will be the first to admit that Teixeira has given him some scares over the years, taking shots and looking like he was going to get finished before bouncing back and finishing his opponent. But moments like those are part of Teixeira’s story and legacy, and one of the main reasons that he’s made it back to the top after seven years between title shots. 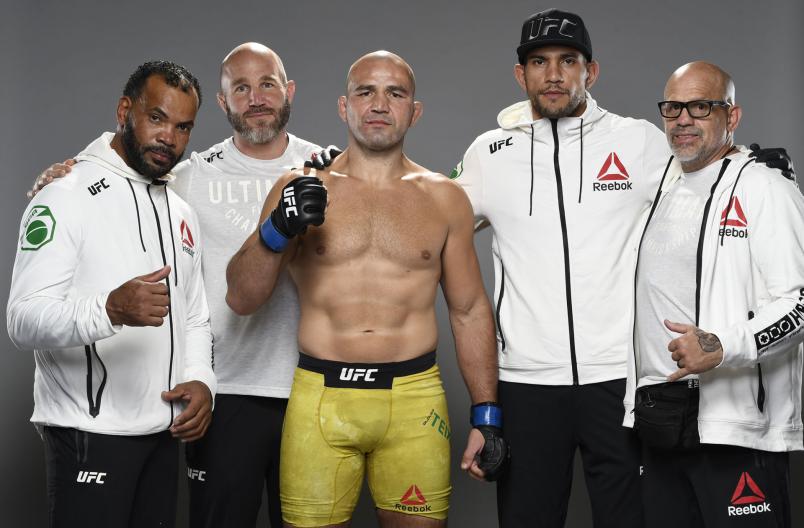 Glover Teixeira & team (Hackleman: far right) pose for a portrait after his victory during the UFC Fight Night event at UFC APEX on November 07, 2020 in Las Vegas, Nevada. (Photo by Mike Roach/Zuffa LLC)

“He’ll get dropped and you’ll think it’s done and the next thing you know he’s on top of him and finishing the guy by submission. He has a different level of toughness,” Hackleman said. “In the last 20 years he changed his fight style to adapt to his age and maturity. I think the difference is he has a full team helping him train for this and he has great sparring partners. He has a really good setup right now and everything is going really well. It’s the perfect situation.”

Hackleman is right, Teixeira winning a UFC title after 20 fights in the UFC and being down and out is the perfect storybook ending. It’s the cherry on top to a beautiful career full of incredible highlights and improbable moments. All that’s left for Teixeira to do is actually win the belt. 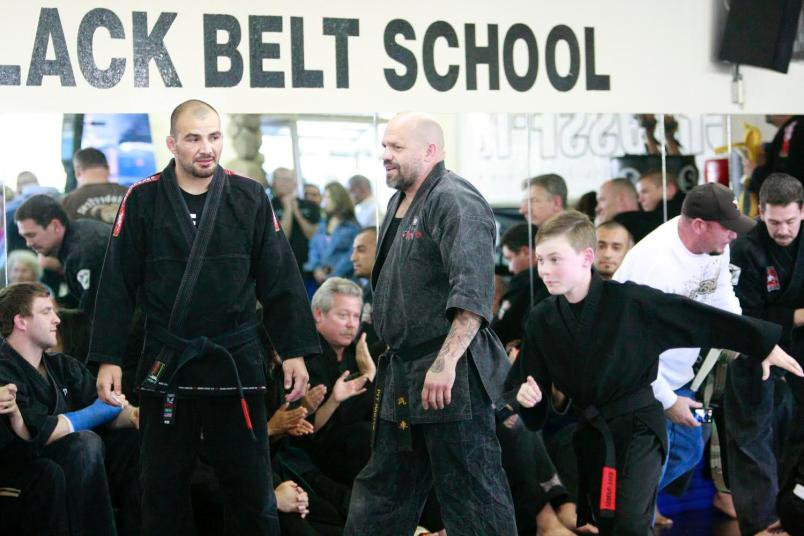 And Hackleman couldn’t be any more confident in his longtime fighter and friend.

“It’s watching him finish. I’m so glad I could be here for him. I’m in this for him and he’s doing great and I’m glad that I can be here and the pre-fight stuff and the after-fight stuff and those moments celebrating together. It feels good,” Hackleman said. “This moment is a long time coming and I know he’ll be champion; it’s been at the tip of his fingers for so long and now he’s ready to grab it.”