John Gunther Was One Of A Kind

John Gunther brought a unique personality to his season of The Ultimate Fighter
By Walker Van Wey • Jul. 1, 2020

In 28 flagship seasons and ten international seasons of The Ultimate Fighter there have been hundreds of fighters to walk through the TUF doors. You will never find another one quite like TUF 27’s John Gunther.

The Strong Style MMA product was picked by teammate Stipe Miocic and it was only minutes into the first episode before the eccentricity began pouring out of Gunther. Explaining to the housemates his background in alpaca shearing led to more questions, which led to Gunther imitating the animals and that was it. The ice was broken for the season. Pun intended, as swimming in frozen ponds was another hobby of Gunther’s.

Gunther’s home video played like a Naked and Afraid hopeful’s as he explained his life living inside a van, seasonally shearing alpacas, growing up homeschooled, urinating in bottles and much more. Questions about Gunther’s life began piling up.

While other kids were playing kickball and soccer, Gunther spent his childhood hanging around his Amish neighbors. Whether it was mowing with a push mower or stalking corn, Gunther developed quite a knack for manual labor.

Now 34, Gunther explains that his first knowledge of the UFC isn’t even a decade old. While most contestants on TUF 27 were binging every season their whole lives, Gunther was unaware the sport existed for most of his.

“I was super surprised that I made it on to the show,” Gunther recalls. “I feel like it takes like ten years to get good at something. I sometimes wish I would have had more time to master more things before I went on, but I can’t complain.”

The most popular member of the house went on to have a two-fight UFC career and was released from his contract after a loss to Davi Ramos as the UFC celebrated it’s 25th birthday at UFC Denver. A torn ACL resulted in not only his first professional loss but also a dropped contract.

Ever the optimist, Gunther took his loss as an opportunity to finally see the world. Or at least try to.

“I always wanted to drive to the Darien Gap and drive through that but I didn’t make it very far,” Gunther said.

Combining one of the most dangerous trips possible with a hunt for cheap dental work, Gunther actually encountered danger before even reaching Central America. 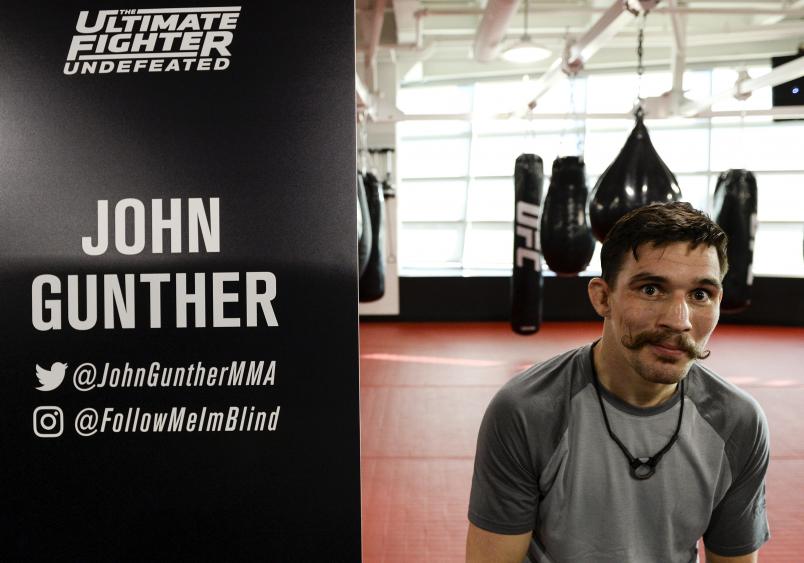 “I guess my tooth was infected so they were telling me I had to take some antibiotics and come back in a week or something so I just drove around Mexico for a week,” Gunther explained.

As Murphy’s Law would dictate, Gunther crashed his motorcycle on the way back to the dentist’s office. In an attempt to brace his fall with his hand, Gunther broke his hand and did what only John Gunther would do next.

“I stuck my hand out and it broke everywhere,” Gunther laughed. “I’m thinking, ‘Well I gotta get this stupid tooth fixed,’ so I went to the dentist anyway and they’re all concerned but they went on to work on my tooth.”

With concerns over his shattered hand and the state of his bike in a foreign country fresh in his mind, the alpaca shearer was quickly reminded his dental situation was nothing to forget about. Smoke, drills and foreign soil gave Gunther an experience even he was bewildered by.

Ordering Gunther to stay yet another day for what seemed to be a simple dental procedure gave him a night to go to the hospital and get his hand looked at. A one day in and out for breaking his hand through the skin wasn’t exactly expected but John Gunther has made a life out of “the unexpected.”

Now in his second procedure of the day, Gunther still had the energy to try to explain to Spanish-speaking nurses and doctors that he had a fear of being put under. Despite his best efforts, he eventually found himself unconscious.

“I’m so nervous about getting knocked out,” Gunther explained. “I was like, ‘Can you just numb it on the hand?’ They were trying to explain to me that they don’t have the tool or something; I’m not sure, they didn’t speak that good of English. They stuck a needle in my arm to try and hit a nerve and then they started cutting and it did not work at all. I was just trying to grit through it. They must have saw it because eventually I remember waking up, so they must have knocked me out.”

For those of you keeping score, Gunther was days into the trip of a lifetime that some don’t make it back from and had managed to not only make it only one country south but also cost himself a hand and a tooth in the process.

A week in Mexico, three dentist appointments and an emergency surgery were nothing compared to the concern over what he was going to do in Mexico with no transportation. Gunther rigged his bike up to his wrist to help accelerate since he could no longer close his hand. It was a decision left for only the desperate and creative.

On his way to the dentist for the final visit, Gunther made the most unlikely of friends that would save him from the most dangerous, miserable motorcycle rides of anybody’s life. A Canadian truck driver looking for another English-speaking person to talk to just happened to be driving north, through Ohio. Not only was Gunther thankful for the life-saving drive back to the States, he was equally as enthusiastic to learn about the man along the way. 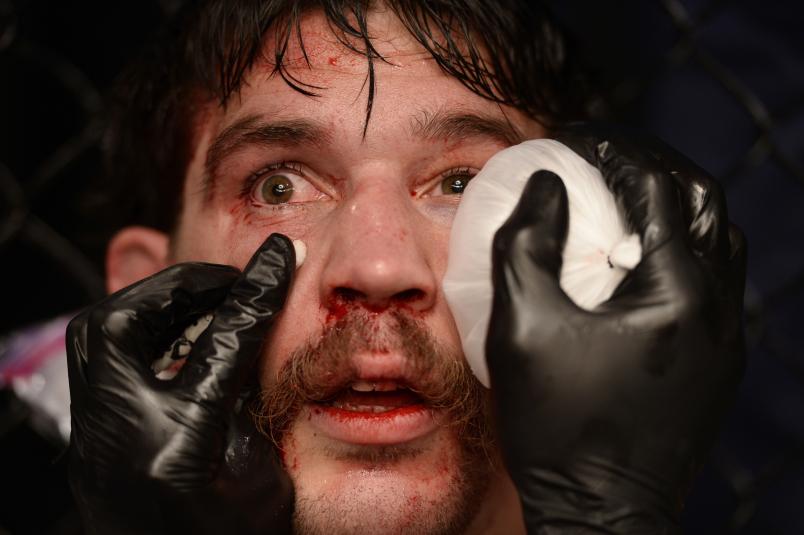 LAS VEGAS, NV - FEBRUARY 27: John Gunther rests in his corner between rounds against Mike Triziano in their semi final fight during the filming of The Ultimate Fighter: Undefeated on February 27, 2017 in Las Vegas, Nevada. (Photo by Brandon Magnus/Zuffa LLC/Zuffa LLC via Getty Images)

LAS VEGAS, NV - FEBRUARY 27: John Gunther rests in his corner between rounds against Mike Triziano in their semi final fight during the filming of The Ultimate Fighter: Undefeated on February 27, 2017 in Las Vegas, Nevada. (Photo by Brandon Magnus/Zuffa L

“The guy was pretty fascinating. He immigrated from Poland and his son is an actor,” Gunther said. “Another thing, I didn’t know anything about trucking but there are so many regulations and each state has their own weight limitations and stuff so he had to skirt around certain states and he’s got this app that tells him where certain states’ weigh stations are. I guess each axle has to have a different weight on it; I had no idea how complicated trucking was.”

Now back to alpaca shearing, Gunther is finally able to make a fist again and despite having to have his tooth fixed again in the US in the face of his best efforts, he’s winding down his shearing season and plotting his next move back to MMA. The nearly two-year layoff has been an unorthodox journey but Gunther has never tried to live a “normal” life.

COVID-19, injuries and his day job have led Gunther to get slightly out of shape, but any man who’s up for a trip through the Derian Gap is up for the uphill climb of another run at the UFC. Other dreams still dance around in his head: sailboats, Darien Gap, writing and other journeys, but at the forefront of his life is still fighting, and while the UFC is the top of the mountain for John Gunther, getting back in any cage will work for now.

Will we see Gunther on UFC FIGHT PASS in the near future? Will he be back in the UFC? Both questions remain a mystery but possibly not as big of a mystery as what he’ll be getting himself into between now and then.