“I fight for my name and the legacy of my name so I’m just trying to be positive for myself and the future generations of my family.”
By Walker Van Wey • May. 31, 2019

It only took a few decades for John Gotti and his son John A. Gotti to make their last name one of the most infamous names in American history.

John Gotti III has significantly less time to make the Gotti name as infamous in the cage but the quest is underway, and the wind is at his back.

Faced with the difficult task of seamlessly connecting with the family he left when he went to prison, former military academy boxing captain, John A. Gotti began weaving his childhood with his sons upon his prison release.

“I’m sort of to blame for all this, to be honest,” Gotti said. “If there was a local card, a boxing card or there was an MMA card in Jersey, I would take my sons to those cards to make up for lost times. I was always a boxing buff. This is boxing on steroids times five.” 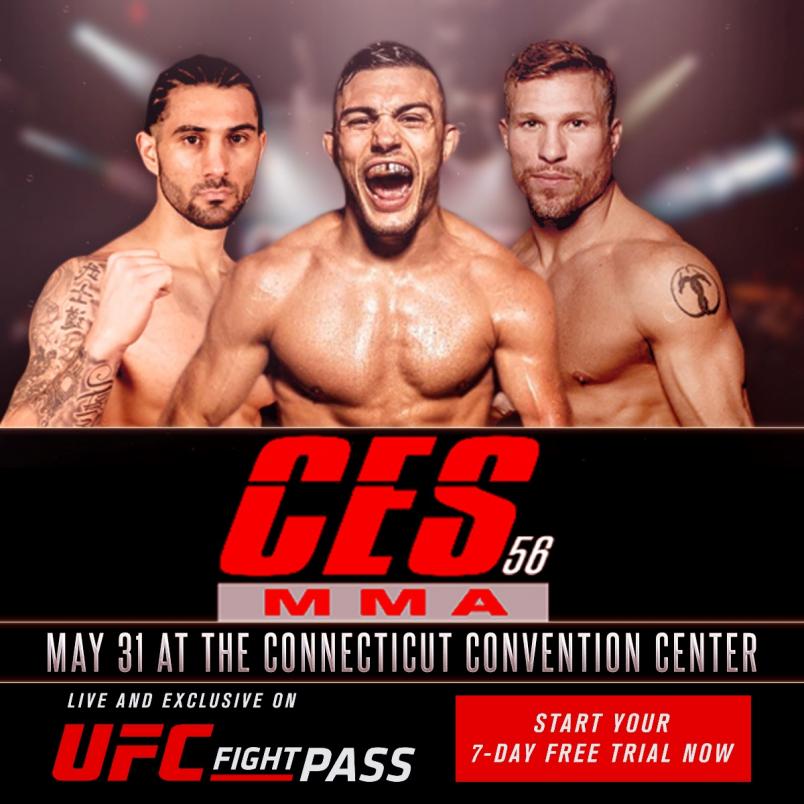 The words would ring in his son’s ears his whole childhood.

“It can’t get any more manly than the athletes in this you can’t find anymore superior of an athlete than this.” “Teflon Jr.” would tell his sons.

After being a standout football player growing up, John Gotti III made the transformation to bodybuilding enthusiast. Even after packing 260 pounds of muscle onto his 6’0” frame, Gotti III couldn’t shake his love for MMA or ambition to become the “superior athlete” his father would allude to in his childhood.

Gotti III began training in Bellmore Kickboxing and dove in to the point of being one of the guys, not “the Gotti kid” at the gym.

“Once they saw what kind of work ethic I had and that I was the real deal and wasn’t a fraud and that I was eager to learn and listen and be a team player, they embraced me with open arms,” Gotti III said. 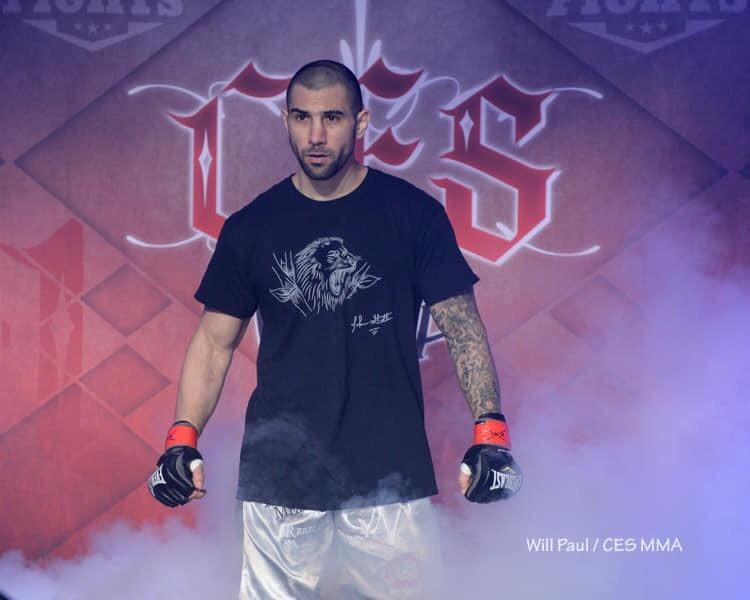 Two months into training, Gotti III surprised his father with an invitation to his first amateaur fight. With a “what’s the worst that could happen?” approach, Gotti rounded the family up and watched his son’s first fight. And felt a fear, nausea and anxiety that even a United States courtroom couldn’t pressure upon him.

“I’m a guy who has spent a lot of time in the courtroom fighting for my life and there was a greater level of comfort in doing that than watching my son climbing into the ring,” Gotti said.

Even after shedding 55 pounds of muscle in two months Gotti III made the 205-weight cut and faced an opponent with significant height, reach and experience on him. None of the tangible disadvantages were enough to keep John Gotti III from leaving the ring the way he envisioned it in his mind.

“It was really something as a father watching,” Gotti said. “To watch when John was completely out of gas in the second round to rally up and win that fight, he showed me something you can’t teach in this business. You can’t teach heart and my sons got a ton of heart.” 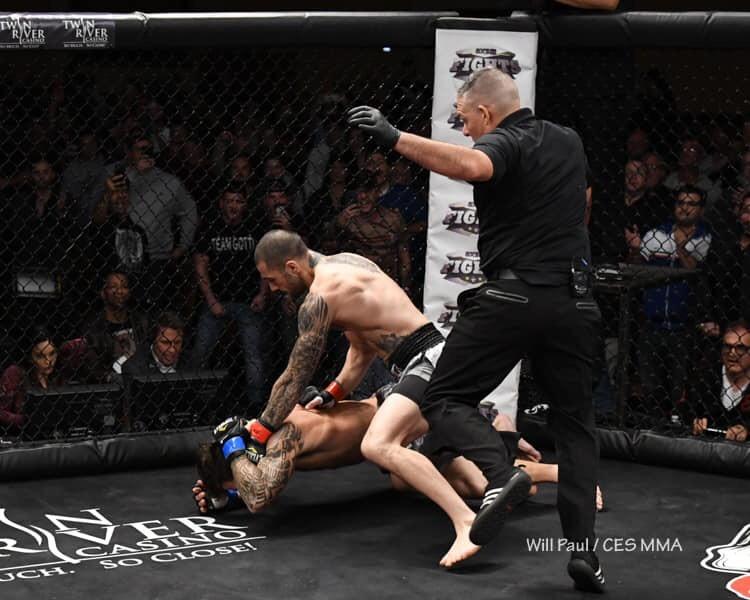 While it’s easy for Gotti to spill fatherly praise now, immediately after the dramatic win for his son, there was no shortage of pleading for Gotti III to spare his father the anxiety of fighting again. But the pleas fell on deaf ears.

“I said, ‘look, John. I’m not happy about this. I really don’t want you to do this. It’s really hard for me to watch. I physically get sick as a father watching this,’” Gotti recalls. “But when your son or daughter turn around and say, ‘this is the happiest I’ve ever been in my whole life. This is my dream.’ You get behind them to the best of your ability.”

Now a professional with three fights under his belt, John Gotti III continues to make his father sick, his father continues to support his son every stop along the way and the results are still the same. Gotti III keeps winning. The more he wins, the bigger the bullseye on his back grows which simply serves as another obstacle Gotti III welcomes with open arms.

With every sub :60 win, Gotti III finds himself further and further from simply being “John Gotti’s grandson” and closer and closer to being John Gotti III, “the fighter.” Although it may come as a surprise to some, Gotti III prefers to add to his family’s legacy. Not replace it. 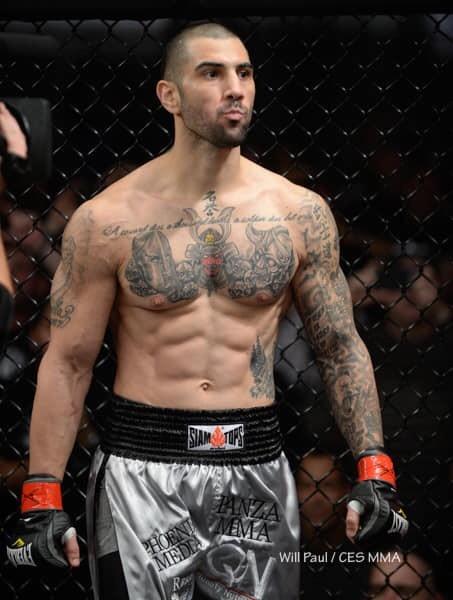 “My name is my name but slowly but surely, even now I’m starting to pave my own way, so to speak, but I’m not looking to run from it. I embrace it,” Gotti III said. “I fight for my name and the legacy of my name so I’m just trying to be positive for myself and the future generations of my family.”

Making his UFC FIGHT PASS debut Friday, May 31 on CES MMA, Gotti III is fighting at 170 pounds, nearly 100 pounds under what he once weighed. His sharp striking mixed with his, thus far unneeded, wrestling game, Gotti III describes himself as a crowd pleaser. With an appreciation for MMA that dates back to his high school days where he would forego parties to catch any available UFC event, Gotti is a student of the game who would rather feel a snap before giving an inch.

Still devoting his free time and energy to MMA, Gotti III is looking to take MMA to the highest level he can and with his power and never-say-die approach, John Gotti III appears to be here to stay, with his father and 400-person entourage in the crowd fighting panic attacks the whole time.

Watch John Gotti III continue his climb to MMA elite status as he makes his FIGHT PASS debut on CES MMA! Action kicks off Friday, May 31 at 8 p.m. ET ONLY on UFC FIGHT PASS!