"Since both of us are so well-rounded, I really want to test my abilities as a mixed martial artist in this fight." - John Dodson

The scrappy 29-year-old is one of the fight game’s most rambunctious figures, as his hyper-drive personality outside of the cage equals his kinetic energy inside. A paradox of good will and bad intentions; he flashes his larger than life smile just before the action begins, but as soon as the referee steps aside, he’s throwing thunder in an effort to put the opposition on their back.

Once the fight concludes, the smile returns. And while it may seem like a reflection of his handiwork, the truth of the matter has more to do with the bigger picture. While Dodson may have come to the public’s attention during the 14th season of The Ultimate Fighter, the reality is that he’d been working his craft years before.

The Jackson/Winkeljohn-trained fighter has been one of the best lighter weight fighters for the past several years, but with the bright lights of the UFC barely stretching out to shed light on any weight classes south of 155 pounds, Dodson was forced to do his work in the shadows of the spotlight.

At 5’3”, “The Magician” is a natural flyweight, with a compact barreled frame and dynamite in his hands. But with the bantamweight division the lowest weight class the sport’s biggest show offered, he decided to try his hand when the UFC’s reality show announced it was looking for 135-pound fighters.

Without hesitation, Dodson went after the opportunity and capitalized on the situation in full 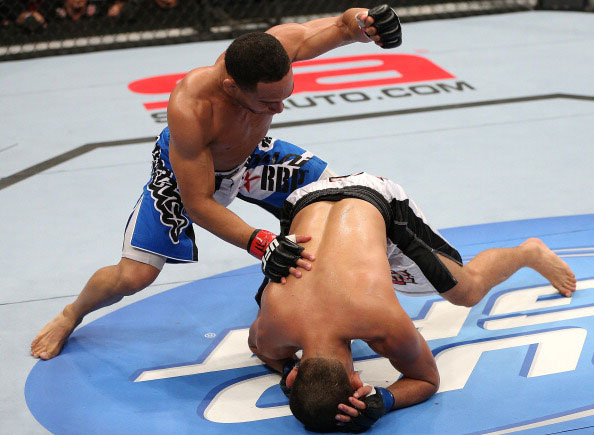 capacity. He marched through the reality show’s tournament and into the finals, where he knocked out fellow highly-touted prospect T.J. Dillashaw in the first round of their tilt. While winning the six-figure contract was a suitable prize, Dodson’s veteran mentality saw past his win on TUF and realized he had successfully put his foot in the door to the UFC.

And it only got better from there.

After winning the TUF contract, the UFC announced they would be instituting a flyweight division in 2012. This not only meant he could return to fighting at his natural weight, but his prior experience as a flyweight would immediately make him a staple in the new division’s upper-tier.

“It’s been awesome,” Dodson said about fighting at his natural weight. “I don’t have to worry about the bigger guys coming down from 160 or 170 pounds trying to push me around like I’m a little kid. Now I can be the one pushing everyone around in the weight class like they’re the little kid.”

He would earn a unanimous decision victory over Tim Elliott in his flyweight debut under the UFC banner at UFC on FOX 3 in 2012, then knock out savvy Brazilian Jussier Formiga three months later at UFC on FX 5 in Minneapolis. With two quality wins and his elevated profile from The Ultimate Fighter, the New Mexico-based fighter was tapped to face newly crowned champion Demetrious Johnson for “Mighty Mouse’s” first attempted title defense at UFC on FOX 6 in Chicago.

While Dodson had his moments early in the fight, the champion proved resilient, as Johnson tipped the balance of the fight midway through. Where Dodson’s power made the difference early, it was Johnson’s cardio and tenacity that ultimately sealed the deal, as his push was simply too much for the challenger to handle.

In the aftermath of his failed attempt to claim the title, Dodson was disappointed but far from detoured. He’s been around the fight game for a long time and his battle to reach the top of the sport came with its fair share of setbacks. With that in mind, Dodson took the loss to Johnson as an education, and went back to the gym eager to restart his climb - one that will re-ignite on Saturday in Houston as he faces Darrell Montague at UFC 166. 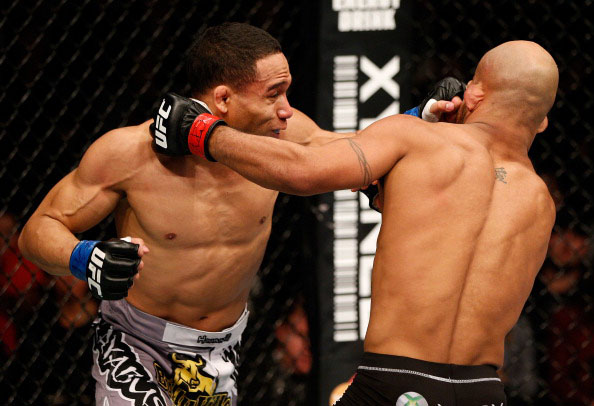 “I learned I need to work on my cardio, stop being so lazy, and if I want to be a champion I need to think like a champion,” Dodson said. “That’s been my focus for the entire training camp for this fight and I’m planning on going in there and getting after it. I’m feeling awesome right now heading into this fight. I feel amazing and I’m loving life.”

While Montague will be making his official UFC debut in Houston, the matchup between the two flyweights is one Dodson has had his eye on for a while now. In the days before flyweights had a home inside the Octagon, the top 125-pound fighters in the world battled it out in the California-based Tachi Palace Fight promotion.

Although Dodson’s scheduled bout for the organization never materialized, Montague briefly held the 125-pound strap. Now, with both fighters on the UFC roster, the tables have turned a bit, as Dodson is one of the top fighters in the weight class and Montague will be coming in looking to make his name.

“Since both of us are so well-rounded, I really want to test my abilities as a mixed martial artist in this fight,” Dodson said. “I want to see if I can throw him off his game before he can throw me off mine. I want to make sure this is a fun fight. I’ve wanted to fight him for a while now, since he was in Tachi Palace. He held the title when he beat Ulysses Gomez, but then he got beat by Ian McCall. I didn’t get my chance to step in the cage with him then but I’m going to get that opportunity now.

“It’s very crucial because the winner of this fight could very well be the next one on the road for the title shot,” he added. “If I win, I could potentially be one fight away from getting another title shot…and the same for him. If he beats me he will prove he can hang with the big dogs in the division and could potentially be in line for a title shot as well. There is going to be a lot of hype and expectations out of this fight.”

Eyes on the Prize

A victory over Montague at UFC 166 will once again solidify Dodson on the title radar at 125 pounds. With the division still in the developmental stages, every fight in the upper-tier provides the opportunity to take tremendous leaps up the divisional ladder. Where he’s reached the top of 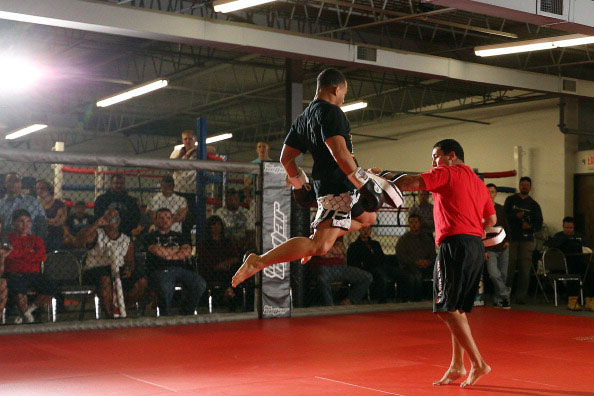 the hill once before and stumbled before he could claim the throne, this doesn’t detour him from diving back into the fray with everything he has.

In all honesty - especially where Dodson is concerned - it’s the only option he has. The TUF winner has made some bold claims regarding his future in the UFC, and if he plans to put any weight behind those words, then fighting his way back to a title opportunity is an absolute must.

“Becoming a champion means a lot,” Dodson said. “I put a pretty big stake out there when I said I wanted to become champion in three different weight classes, so for me to put that out there and not try to back it up isn’t an option. I have to be able to put on my ‘big boy’ pants and my ‘big boy’ shoes and go out there and back it up. I can’t pretend like I’m Floyd Mayweather then go out there and get my butt kicked. That shouldn’t happen, ever.”