After Splitting His First Two UFC Fights, John Castaneda Hopes To Grind Out Another Win On February 5
By Thomas Gerbasi, on Twitter @tgerbasi • Feb. 2, 2022

It was four degrees in Minneapolis on January 24.

“That’s without the wind chill,” says John Castaneda, estimating that it was about -10 as he sat down to discuss his Saturday bout with Miles Johns.

That’s a little rough for a Texas native, but Castaneda is dealing well with it.

“It's 70 and sunny every day in the gym,” he laughs, making it understandable when he says that the secret to him keeping focused after only getting in one fight in each of the last four years. “Staying consistent in the gym is one of my biggest things. I love training, I love what I do, the UFC was a big goal for me, I'm here now, and now I want to keep my job, so going into the gym is honestly the best part of my day.”

And while Greg Nelson’s Minnesota Martial Arts Academy has always had a host of killers getting their work in, when some of the sport’s elite roll through - like strawweight champ Rose Namajunas and top contender Tecia Torres - Castaneda gets an even better gauge of where he’s at. 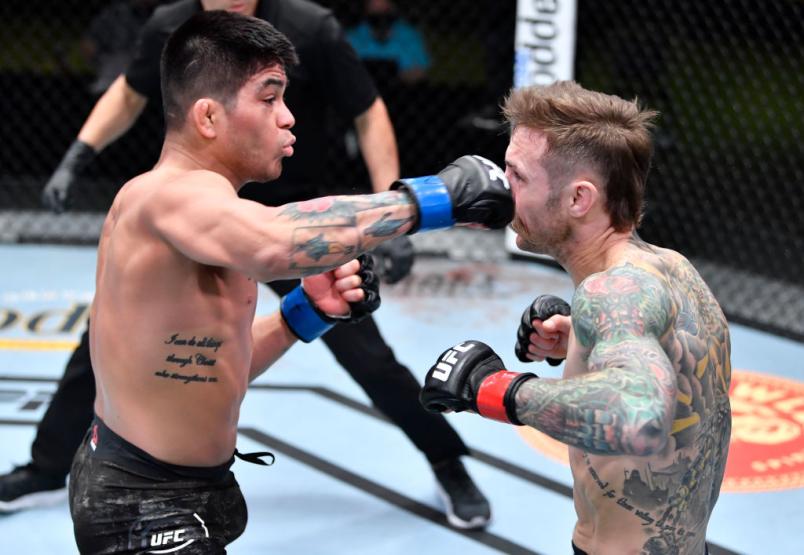 “It's good to see my improvements over the span of some time with some of the best,” he said. “Granted, I'm a bantamweight and Rose is a 115-pounder, but even just moving with her over the years or this past year, I felt a lot better against her and her movement. She's a world class athlete; it doesn't matter who she's going with, and so I've been able to learn a lot from her, I've been able to stay positive, have that championship aura around me, and I've been soaking it all in.”

But now, the work in the gym is done and Castaneda is looking forward to getting back in the Octagon and beginning a year where he hopes we will see more than once appearance from him.

“After this fight I'm trying to stay busy,” he said. “I was supposed to have two fights last year, but my second one fell through because of COVID, so now that I got COVID out of the way, hopefully this year we're rockin’ and rollin’ and I can squeeze in at least two to three.”

It hasn’t been an ideal way to put together a championship run, but if Castaneda was only going to get one fight in 2021, he couldn’t have picked a better performance than the one he turned in last February, as he knocked out veteran standout Eddie Wineland in the opening round to enter the UFC win column for the first time. 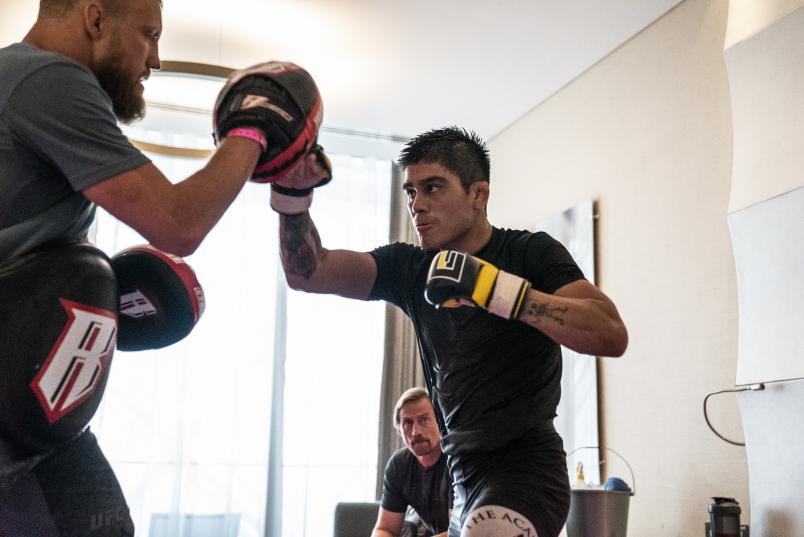 “When I knew I was gonna be fighting Eddie, I was super confident going into that fight,” said Castaneda, who lost a decision to Nathaniel Wood in his Octagon debut in 2020. “I definitely knew that he was a durable fighter, but I knew he had been recently knocked out by (Sean) O'Malley. I like to think that once you get knocked out, it's easier to get knocked out from then on out. That's the mentality I had going into that fight; I was hoping for a finish and I was able to get one.”

It was a statement making victory, and he’s aiming for another one against Johns, but he’s also not resting on his laurels.

“I think the last one was definitely a statement,” he said. “Eddie's a veteran of the sport but let's be real; Eddie Wineland is definitely not in his prime anymore. He's on the tail-end of his career. Now it's time to fight somebody in their prime. Miles Johns is that power striker, he's a damn good wrestler, and I think he under utilizes his grappling, as well, so I've been saying this whole camp that I want a dog fight this fight. I want to show that I got a chin, I want to show that I've got cardio, I want to show that I can put on a pace. So when you said Fight of the Night, of course I want a Fight of the Night. But I would rather take a Performance of the Night. I know I'm in better shape than Miles. He's a big dude for '35, I think he cuts a lot of weight and I think that's gonna show in the fight.”

I remind him that his mom, who has been waiting for him to retire for as long as he’s been fighting, might be reading this. Castaneda laughs before doubling down on his wish for Saturday night.