"I didn't win the show, but I'm in the UFC now and I want to represent that I'm a top level fighter." - John Albert 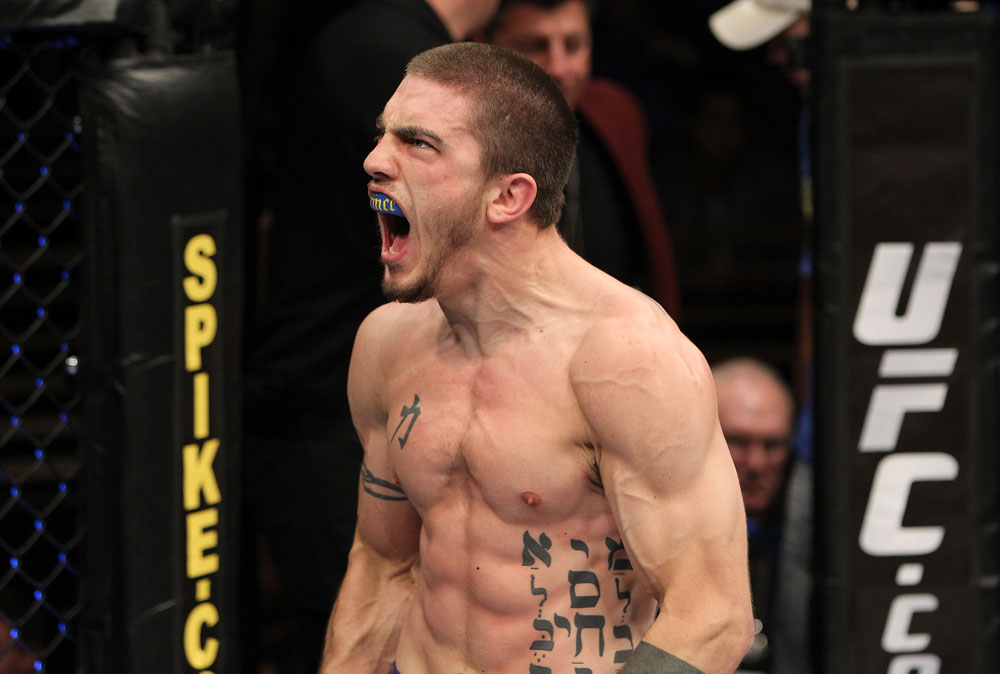 If after watching the 14th season of The Ultimate Fighter the name John “Prince” Albert was still foreign to you, then you’re probably not alone. Over the course of 10 episodes, the young bantamweight shared little screen time in either Octagon action or house drama. But Albert’s name jumped to the tip of the fight community’s collective tongue when he bested fellow housemate Dustin Pague at the TUF finale. On December 3rd at The Palms Casino Resort, it took a mere 69 seconds for Albert to go from relative obscurity to future 135er royalty.

“I appreciate that fight with Dustin so much because it really shows people who I am and who I have become,” states Albert. “Usually, you see people transition from the show to their fights outside the show and they look better. That fight showed who I can be and will be - aggressive, strong, and in shape. The Dustin Pague fight was me full-time training, full-time effort, in-shape and healthy. I feel like it was pretty scary. I still think people don't think I'm for real, which is understandable. I'm only 7-1 on my record, but I have plenty more fights than that, and they've seen the show, but I don't want that stigma of ‘he's that Ultimate Fighter loser.’ I didn't win the show, but I'm in the UFC now and I want to represent that I'm a top level fighter.”

At 25 years old, Albert made a definitive statement in his first official UFC bout with his first official UFC round one TKO victory. Unless fight fans were familiar with his previous local scraps in the Pacific Northwest, Albert’s two TUF fights did little to prepare them for what they saw against Pague. In the preliminary fight against Orville Smith, Albert was criticized for not attacking enough, but he did cinch-up an opening round guillotine choke to secure a spot on the show. As for his one and only matchup in the house, Albert fought to a tough decision loss against eventual show winner John Dodson.

“In the fight to get into the show, they were saying I was too tentative, even though I dominated Orville,” remembers Albert. “In the fight on the show, they said I was too tentative against Dodson, but if you look at Dodson, he knocked out the first guy, knocked out Johnny Bedford, and he knocked out TJ Dillashaw. He went to a decision with me, and I think that could've gone to a third round. That was me not even training full-time. I don't want to be reminded of TUF because that's not who I am.”

Fast forward a few months later, the minute of action with Pague was downright combustible. The cage door closed, Pague and Albert met in the center of the Octagon and started throwing bombs like Rock ‘em Sock ‘em Robots. Albert connects with bad intentions and, suddenly, Pague is lying on his back. In an instant, he’s already passed Pague’s guard and applied what UFC commentator Joe Rogan referred to as a “gift-wrap”. Albert, using his left hand, trapped Pague’s right arm across Pague’s own face, while landing ground-and-pound with his free fist. Simply an impressive victory.

“With the full-time training, I was kind of discovering myself that I am not necessarily an elite level athlete, but I'm getting there,” asserts Albert. “I am a top level athlete. Physiologically, I'm much stronger and healthier and faster than all the 135ers out there. I just knew if I imposed my will on him that he couldn't stand a chance. I really felt it. I am usually really reserved when I'm striking because I want to save energy, but we just went out there and met in the center and started throwing hard. He was throwing back and I may have felt him hit me, but it just didn't feel like there was anything behind his punches. I knew I was putting stuff behind my punches. When I put him down, I felt it go through him with power. I train with Dennis Hallman who, as a grappling coach, is amazing. I feel my ground game is top level. Being on the ground and passing his guard was super easy. Being able to hold someone's arm behind their head, made me feel real strong at that weight class and Dustin is not a small 135er. He's supposed to be the bigger, stronger 135er and I was able to control him pretty easy.”

The key to Albert’s success is the phrase “full-time training”. Up until getting the call from UFC matchmaker Sean Shelby for the organization debut in December, Albert had been a part-time fighter balancing a day job in construction with his dream of being a professional four ounce glove wearing warrior. “I said, ‘if I win, I'm going to be able to do this full-time, and if I lose, I have to go back to work.’ I won my fight and I told my boss that this is what I'm doing and he agreed with me and supports me. I feel fortunate to have the opportunity to train full-time now.”

As for the training itself, Albert has only known one home for the past five years, and that’s Victory Athletics in Olympia, Washington. When your first coach is current UFC lightweight Dennis “Superman” Hallman and his astonishing over 80 fight professional career that includes 67 wins, then you don’t ever need to find a second one. Hallman serves as Albert’s head coach, all-around ground coach, mentor, and friend. It’s the relationship that fostered Albert’s initial love for cagefighting and it’s what has grown him into the fighter swimming in the UFC’s shark infested bantamweight waters to this day.

“I started with Dennis and I have never left Dennis,” affirms Albert. “He's my main wrestling and grappling coach. I feel fortunate because I started with someone I think is one of the best grapplers in the world. I didn't begin with someone else and he's had to change me. He's progressed me into what I am today. He understands things as a fighter and as a coach of what needs to be done. He really builds my confidence as a fighter getting ready for the fight, in the middle of the fight, and after the fight.”

This coming Wednesday in Omaha, Nebraska, Albert will need every bit of “Superman’s” extensive fighting experience to take on his next challenger: “The Pride of El Salvador,” Ivan Menjivar. In quite a step-up in competition, Albert will step into the Octagon to face a well-traveled veteran with over three times as many fights, including three times as many professional wins. Menjivar is riding a two fight winning streak from last year over Charlie Valencia and Nick Pace as well as 11 years of international scrapping against the best of several weight divisions. Many believe Albert is biting off more than he can chew.

“I do read the blogs and all of the internet, and I love being the underdog and seeing people saying he's going to ‘smash me’ - It gives me more motivation,” says Albert. “People are saying he's old, but he's not old - he's 29. He should be in his prime. I'm 23 and I'm still growing. My natural athleticism is probably better than his. My size, my explosion, and the way I've been training. The age difference really isn't there, but I feel like I'll be the better 'athlete'. I think I'm better than him in some areas. I'm not going to say I'm better than him in all areas because that's unrealistic. I know what he's good at and I know what I'm good at, and I think I can exploit what he's not good at. I feel like my strong points are better than his weak points and I think I should be able to win the fight.”

Besides training with Hallman, Albert has been honing his striking with a new coach: Saohin Srisuk. “I've transferred my striking over to Saohin Srisuk, who holds multiple Muay Thai world championships and has fought in over 60 pro boxing matches,” tells Albert, who knows he’s in very knowledgeable hands both standing and on the ground, which he’ll need against a battle hardened and only twice finished opponent like Menjivar. “I was expecting three rounds with Dustin Pague and it only lasted a minute. You put yourself through Hell to make the fight feel easy, but I don't think this fight will feel easy. I don't think it is going to be easy for him and I don't think it is going to be easy for me.”

On February 15th, in the heart of the nation’s “bread basket”, Albert will square off against easily his toughest test to date in the Salvadorian-Canadian Menjivar. “Pague was another TUF guy and to transition me into a fight with Ivan, it feels like they're saying, 'let's see what you've got, kid' and it excites me,” says Albert, brimming with nervous energy to go out guns blazing in this trial-by-fire against a high profile opponent in only his second UFC fight. “I feel like I'm getting better as a fighter, so what matters is my fight right now. I really hope to show in this fight with Ivan Menjivar that people will be like, ‘John is for real.’ You're only as good as your last fight.”

If that’s the case, then Menjivar better be ready for a 69 second wrecking crew called “Prince” who has his eyes set on the bantamweight crown.