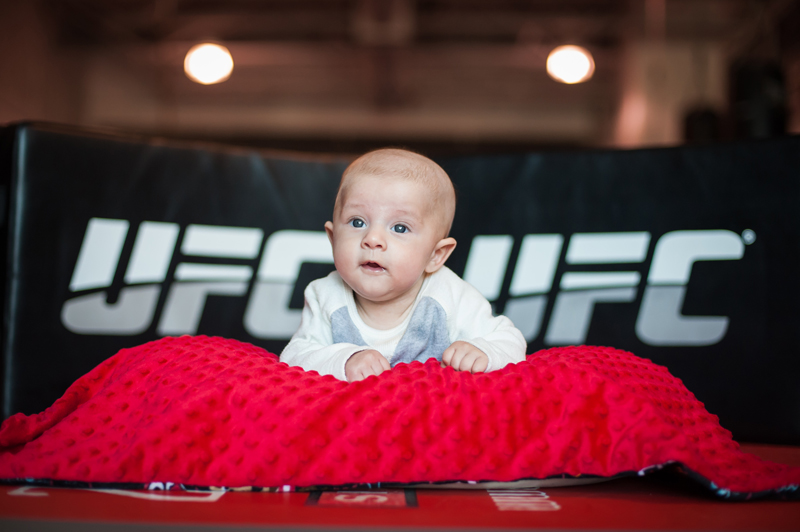 The three rounds were over and Lauzon was the winner.

It’s a sentence that shouldn’t come as a surprise to mixed martial arts fans, but the victor in this fight wasn’t UFC lightweight contender Joe Lauzon; it was his son Joey, who came out of the womb swinging and into the beginning of three rounds of chemotherapy within a week of his birth.

If you want to call your child being diagnosed with neuroblastoma the worst news any parent can hear, that doesn’t cover it. Not by a long shot. But that was what faced Lauzon and his fiancé Katie Silva after Joey was born on January 12th of this year.

The birth of the couple’s first child wasn’t easy, with Joey not even breathing as he came into the world. Luckily, a NICU (Neonatal Intensive Care Unit) team was on hand at Weymouth, Massachusetts’ South Shore Hospital, and soon Joey began breathing.

The Apgar score assesses the immediate health of a child after birth. A score below 3 is considered critically low. Lauzon followed his baby as the team worked on him.

Fatherhood changes your life if you do it right. If you realize the responsibility involved and you take that responsibility, it turns you from a boy to a man, no matter how old you are or what you’ve done or seen before becoming a father. And while you’re the one seemingly in control of this little person you helped bring into this world, you’re really not.

But many babies have breathing issues when they’re born, something you usually don’t find out about until after it happens, and in most cases the issues clear up. So Joe and Katie had reason to be optimistic.

That was Sunday night.

By Thursday, Joey had been moved to Boston Children’s Hospital. On Friday, his parents were told that he had cancer, with a tumor the size of an adult fist bearing down on his spine and shifting his organs.

“How does a baby that’s a couple days old have cancer,” wondered Lauzon. “A third of his body were cancer cells. It’s crazy to have a tumor that big on such a tiny body. It completely caught us super off-guard.”

Joe Lauzon is a tough guy. 33 professional fights should confirm that if you were wondering. But tough doesn’t apply when you’re told that your child has cancer. There is no defense for that, no way to grit your teeth and say “I’m okay.” You’re not okay anymore, and you wonder if you ever will be.

“It’s the worst feeling ever and the worst news you can ever get,” said Lauzon, who tried to be strong when it came to telling his parents, but eventually he broke down.

By Saturday morning, doctors performed a biopsy on Joey to confirm the cancer diagnosis. That night, he began his first round of chemotherapy. If there was any bright side to this, Joe and Katie were told that since the neuroblastoma was caught early and because Joey was so young, the prognosis for his full recovery was good. But chemotherapy can be a beast of its own, and the parents cringed when hearing of the possible side effects that could leave a lasting mark on their son.

“They read us a laundry list of side effects, everything from heart failure to hearing loss,” he recalled. “But they said if we don’t do this (chemotherapy) right away, the cancer is gonna grow, completely sever his spinal cord, he’s going to be in a wheelchair, and never walk or be able to move his legs. So it was a no brainer.”

The initial plan was for eight rounds of chemotherapy, a likely surgery, then radiation to clear up whatever cancer cells were left. Joey Lauzon beat it in three rounds, or as his proud papa describes it, he “kicked cancer’s ass.”

“You talk about a fighter who just bites down on his mouthpiece and goes at it, that was him,” said Lauzon. “They were giving him injections and doing biopsies, taking tissue from his hips and all sorts of stuff and he didn’t cry at all. He would bit on his pacifier like ‘let’s do it.’ We kept calling him the honey badger.”

Lauzon laughs now, and it’s a genuine one. He has good reason as well. After the three rounds of 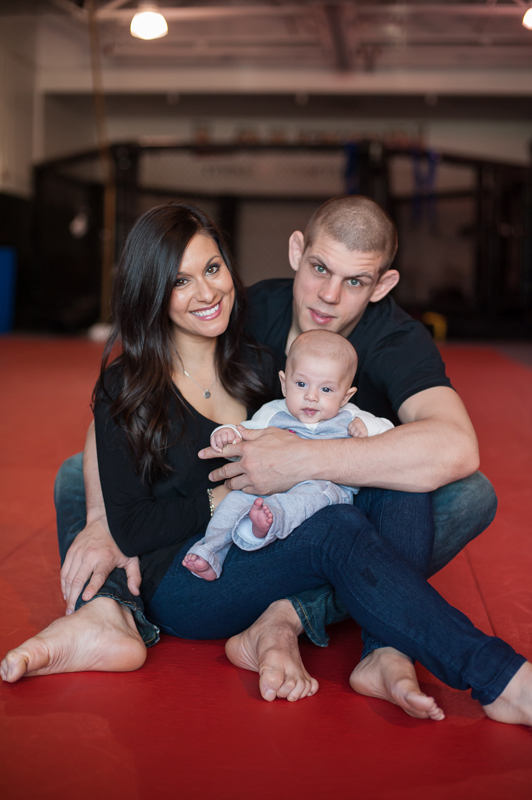 chemotherapy appeared to get rid of Joey’s cancer, there is still that waiting period to see if anything comes back. On July 3rd, Joey received a NED, which stands for no evidence of disease. He was cancer-free.

“It’s the greatest thing ever,” said Lauzon. “I think most people, when their kid is born and they talk about how that’s the happiest day of their life, that was July 3rd for us because that’s when they told us no evidence of disease.”

These days, Joey Lauzon is living the life of any other six-month-old. He’s happy, smiling, the subject of impromptu photo shoots, and he even has his own Facebook and Twitter pages. The only remnants of his remarkable fight are hearing aids, but since they were put in so early, his speech won’t be affected as he grows older. He may even have a built-in excuse when he’s a teenager and ignores his parents, something Lauzon found amusing when it was pointed out to him.

That’s fine with him though, as just knowing that his son will have the normal life any parent wants for their child is worth more than any post-fight bonuses or championship belts.

“He’s a happy baby, he loves to play,” said dad. “He doesn’t really fuss much. Basically, if he’s crying, it’s because he’s hungry, needs to get his diaper changed, or he’s tired. I see a lot of other babies and they’re just little whine bags. (Laughs) Honestly, he’s completely content. You sit him somewhere and he’s just looking around the room, and he’s great. He’s sleeping through the night now, and he’s just a real happy, healthy baby.”

Having weathered that storm, now Joe and Katie can enjoy being parents – finally.

“It wasn’t the clean happy that most people get to experience,” he said. “It was a really, really rocky road and such a rough start. But now, okay, it’s smooth sailing. And we held it together pretty well. Obviously we both had a couple of times where we’re bawling our eyes out, but we were there for each other and we became way tighter as a couple because of the whole thing.”

Katie, who completed nursing school in December and finished her boards a few weeks ago, is on her way to becoming a nurse. Joe has a fight in Connecticut on September 5 against Michael Chiesa, and after that, on September 21, he will have Team Joey out in full force at the Boston Marathon Jimmy Fund Walk, as he hopes to raise funds for the Dana-Farber Cancer Institute that he believes saved his son’s life.

“They were super,” said Lauzon. “It was incredible how helpful and nice and awesome it was. And they one hundred percent saved Joey’s life. He would not have lasted without them.”

But Joey Lauzon is a fighter, just like dad.

“I have to go to the gym, and I know that I have to, and normally, that would be the most important thing for me,” he laughs. “But now, I’m always a couple more minutes late. I’m holding him and I don’t want to put him down. It’s crazy how this little tiny person can mean so much to you. You’d do anything for him. It’s been a crazy rollercoaster, but I love him so much, he’s so awesome.” 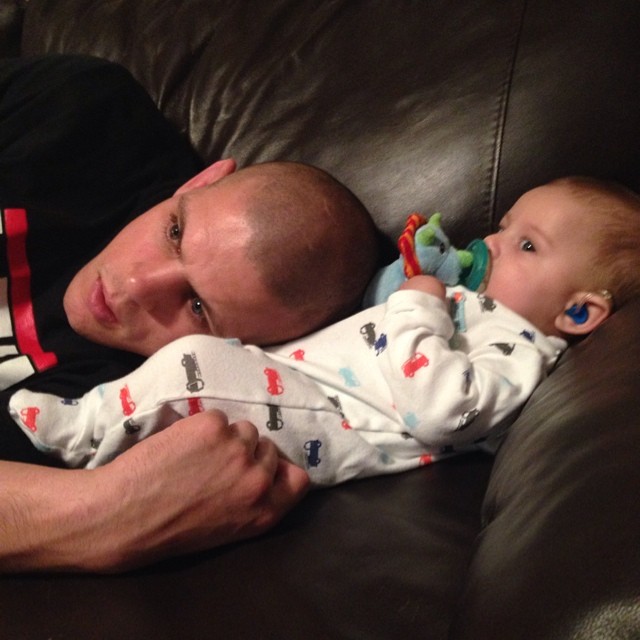