“Either I’m gonna get knocked out or I’m gonna take him out, but if I
could put money on any fight, it would definitely be on this one that
it’s not gonna go all three rounds." - Joey Beltran 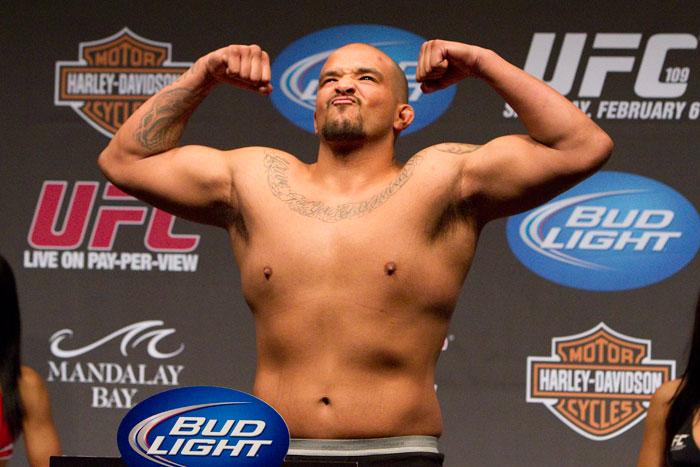 Whether he wins or loses, Joey Beltran is not in the business of having easy fights. If his hand is raised at the end of the night, his face can sometimes look like it was on the wrong end of a decision, not the right one. It’s a tough way to make a living, but you’ll never hear “The Mexicutioner” complain; in fact, it’s usually just the opposite as soon as he accepts his next fight and the idea that for 15 minutes or less, he’s going to be working harder than most of us could imagine.

“It’s definitely something that I have to mentally prepare myself for, and just be comfortable and accept the fact that it’s gonna hurt,” said Beltran. “I get ready to embrace the war. And when I’m in the thick of it, I just know that’s where I’m comfortable and that’s where I’m doing what I’m supposed to be doing. At that time, when blood’s coming down my face and I’m trading punches, that’s my place in the world, and I’m completely at peace with that.”

That’s why no UFC fan wants to miss a Joey Beltran fight. Yes, his UFC record sits at .500 (3-3), and he’s lost three of his last four, but when the bell rings, the result really doesn’t matter. Well, at least not to us watching or to his fellow heavyweights, and all who have left the Octagon after fighting him have certainly walked away with a new appreciation for the Southern California native. But that’s not enough for Beltran, who wants to right his ship this Saturday against Lavar Johnson.

“It is very nice to have the respect of my peers,” he said. “It does make me feel good and it does give me a little sense of validation, but the goal is still to win. And I really feel that for this fight we’ve made the right choices, the right changes, and I’m really excited to go out there and give it another go.”

That meant another grueling training camp, another trip out of town, and the possibility of another punishing brawl. Beltran’s fine with all of the above, but he also knows that it’s not so easy for his wife Helen to deal with.

“I understand what she goes through a little bit more now,” he said. “It’s like the feeling I get watching my friends fight, whether it’s on TV or when I’m there live. Then I magnify that by ten times, imagining that it’s somebody that I love dearly, and not just a friend, and it would be as if I was watching her fight. Even when I’m winning, it’s painful, and taking punches from large men right in the face, I’m aware of how difficult it is for not only her, but everyone else that cares about me.”

But at 30 and in his physical prime, Beltran’s not about to give up the sport he loves. More accurately, he can’t give up the feeling that fighting gives him.

“In February it will be my five year anniversary,” said Beltran, referring to his pro MMA debut, not his marriage. “The feeling that I got that first night in San Jose, it comes back every time, and nothing other than competing in that cage even compares. I had some bad years growing up, and I tried other things, but nothing ever compared to that feeling, and that’s what I go back for every time.”

In his debut fight, he lost a Strikeforce bout to Yohan Banks via decision. He would go on to compile a 9-2 record mainly on the California scene, earning himself a shot at Tony Lopez for the King of the Cage heavyweight title in October of 2009. The way he explains it, that was the night he really became a fighter.

“Over the course of five rounds, you can learn a lot about yourself,” said Beltran. “I remember distinctly in the fourth round, there was a scramble and he ended up on my back. I lost eyes with my cornermen, and for a split second, I was like ‘maybe I’ll lose.’ And then something switched and I thought ‘no, get up, get up.’ And I learned right there that it’s gonna take a lot more than some pain or being tired or getting beat up to make me stop once I’m in there. And once I’m in there, and my wife hates when I say it, but I’ll die before I quit.”

Oddly enough, he thought beating fellow Californian Johnson was going to be his ticket into the UFC, but now it’s the Strikeforce and WEC vet looking to make his name in the Octagon off Beltran.

“I’ve always had my eye on Lavar Johnson, even when I was on the regional circuit,” said Beltran. “I used to look at him as somebody that ‘all right, if I fight this guy and beat him, I’ll probably get a call from the big show.’ I wanted to step up to that challenge, and he’s definitely always been on the radar.”

Now he gets his wish, and on a card filled with compelling matchups, this might be the most explosive.

“It’s definitely a black or white situation,” said Beltran with a chuckle. “Either I’m gonna get knocked out or I’m gonna take him out, but if I could put money on any fight, it would definitely be on this one that it’s not gonna go all three rounds. If he catches me with one of those right uppercuts, who knows what will happen, but I’m definitely coming out with that mindset to hit the gas pedal and get to work right away.”

And at some point, whether in the first round or the last, Joey Beltran is going to find out just who Lavar Johnson is.

“My goal, in every fight, is that I’m gonna force the other man to look deep inside himself and look inside his soul and really, really decide if he wants to be a fighter and wants to be in there,” said Beltran. “And if he decides yes, then good for him, but a lot of people have broken, and in a sense I know what that man is made of and what he’s all about as a person after those 15 minutes.”