Joe Lauzon: Doing It His Way

"Time catches up to everyone, but I think I’ve definitely done a lot better doing things my way than I would have if I listened to all the experts." - Joe Lauzon 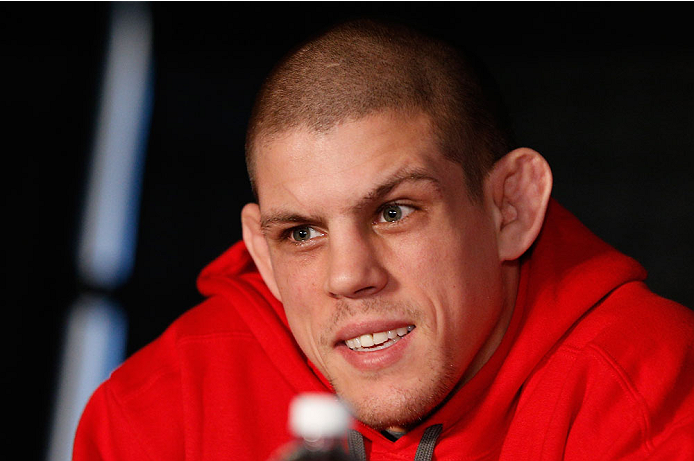 To make it through 16 fights on the UFC roster isn’t an easy feat. To keep your roster spot uninterrupted for 15 of those 16 fights may be even more impressive, especially when you’re just a few months removed from your 30th birthday.

It’s a badge of honor that Joe Lauzon wears proudly, perhaps more so than anything else because he’s largely done it all by marching to the beat of his own drummer throughout a UFC career that began with an upset knockout win over Jens Pulver in 2006.

Pulver recently stepped away from active duty as an MMA fighter, joining other former champions who competed on that same UFC 63 card, Matt Hughes and BJ Penn, in retirement. In fact, only two others who fought that night – Rashad Evans and Mike Swick remain on the UFC roster. And to think, the same fresh-faced kid who went back to his IT job the Monday after the fight, is still here, something even those close to him might not have expected.

“One of my coaches, Steve Baccari, was telling me that he thought that I used to not train enough,” Lauzon said. “He’d say ‘Joe’s really talented, but he really doesn’t train that hard. He’s not intense enough.’ But over time, he’s worked with a lot of different fighters that he thought did work hard enough, and they started accumulating injuries or this or that freak thing happened. Guys get broken down, and it’s tough to keep that up all the time. And then there’s me. So Steve told me ‘All those other guys, they’re all done fighting, they’re not doing it anymore, and you’re still in the UFC, you’re still doing well, and I think you had it right all along.’ I think I’ve got the whole training thing figured out. Time catches up to everyone, but I think I’ve definitely done a lot better doing things my way than I would have if I listened to all the experts.”

Lauzon is not stubborn (well, maybe a little), but when he does things his way, it’s not to point fingers at the establishment or make a statement that his methods are better than anyone else’s. That’s just the way he’s built. He’s a straight shooter, calling it as he sees it every step of the way, and it’s served him well in the fight game, a world that can often be built on smoke and mirrors.

So after he snapped a two-fight losing skid last December with a three-round win over Mac Danzig, Lauzon didn’t blow up UFC matchmaker Joe Silva’s phone with requests to get back into the Octagon as soon as possible to keep the momentum going from his victory. He and his fiancé Katie were expecting their first child a month later, and he wanted some downtime to spend with Joey, who was born on January 12. So fighting had to take a backseat. For many fighters, not getting another fight within a few weeks or a month is a cause for panic. Not for Lauzon.

“I think everyone’s chasing money, I’m not immune to that one,” he said. “But I think I plan ahead a little bit better than maybe some. I knew before the Danzig fight that I was going to be taking a little time off, so I tried to cool it with the spending. Not that I’m killing it, but I do pretty well, and I would rather take care of my coaches and take care of my gym and that kind of stuff. It’s not lavish spending and I’m not buying crazy stuff. I think I’ve gotten pretty smart as time has gone on. I have my gym so I make a little money from my gym, and it divides my attention a little bit. There are definitely times when I wish I could focus a hundred percent on training and family and stuff like that. But I’ve been pretty smart with how I’ve broken up my time, and I try to budget my time along with my money, so everything works out.”

Of course, much of this year on the sidelines has been a harrowing one for the Lauzon family, as Joey was diagnosed with neuroblastoma shortly after his birth. Thankfully, three rounds of chemotherapy left the toughest fighter in the family with a cancer-free clean bill of health, and dad was able to get back to focusing on his day job, even if that idea doesn’t mean the same thing to him as it does to most of his peers.

“Obviously I love being really sharp,” Lauzon said. “The last couple weeks I’ve been killing it in sparring, and everything has been awesome. My grappling, my wrestling, my jiu-jitsu, my boxing – everything feels like it’s coming around, and it’s awesome feeling like this. I feel like it’s a super version of myself right now. But I’m not always like that. I couldn’t maintain this kind of shape and schedule because I would just break down and fall apart. So my favorite thing to do at the gym is just grapple and do jiu-jitsu. And I do that all the time. Whether I’ve got a fight coming up or not, if I train hard three times a week, it’s gonna be doing grappling. So as long as I can do a little jiu-jitsu and have fun, that feeds my need to be competitive and just get better.”

But despite all these behaviors and philosophies that may be deemed un-fighter like, there is a fight to be fought at Foxwoods in Mashantucket, Connecticut this Friday, and Lauzon isn’t just excited to be in one, but he’s happy with the opponent he will share the Octagon with, simply because he feels that he and that foe, Michael Chiesa, are more similar than they are different.

“People still like to say that I’m lucky,” Lauzon, who shares the top spot for most post-fight bonuses in UFC history with Anderson Silva, said. “And I think Chiesa is a lot like me and he prepares very, very well. You look at him on paper and he doesn’t have great jiu-jitsu, boxing, or wrestling, but he works the game plan, he figures out what he wants to do, and he executes. He was probably one of the worst guys on his season of the show (The Ultimate Fighter 15), but he won the show. I talked to (Chiesa’s TUF15 castmate Joe) Proctor, and he said Chiesa got beat up all the time, he had trouble all the time, and then he goes on and wins the show. He’s just one of those guys that’s ready on game day. So I need to be ready for that.”

Lauzon is quick to praise Chiesa, who has an equal amount of respect for the Massachusetts native but who also knows that a win over “J-Lau” on national television will be a career booster like none other. Lauzon knows this, and while he can respect and like his opponent, that’s something saved for before and after the fight.

“The fighter in me has to be confident and I have to just know I’m gonna smash this kid,” Lauzon said. “I’ve been in the UFC a lot longer, I’ve had more fights in the UFC than he’s had total. I’ve been in there with the best the UFC has, and I’m coming at him hard. We’ll be friendly before, we’ll be friendly after, but I’m going to be trying to rip his arm off every second we’re in that cage.”