"I go and I play my Xbox, I watch TV, I watch movies, I sleep, I train, and I just focus on getting better." - Joe Lauzon 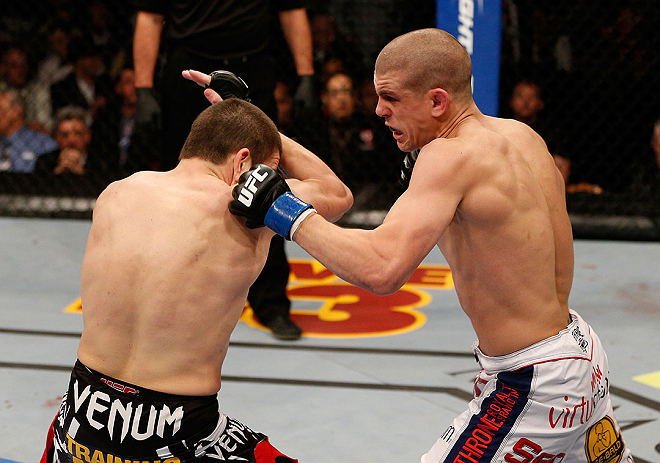 Sure, Joe Lauzon is a mixed martial arts fan, but he also has a reputation to think about. So when future Hall of Famer Anderson Silva stepped into the Octagon to defend his middleweight title against unbeaten upstart Chris Weidman in July, he couldn't just enjoy the fight for what it was. And while his head said Silva would win, his heart said win, but just don’t get a bonus doing it.

“I thought Anderson was gonna win, but I’m like ‘I don’t want him to get a bonus,’” said Lauzon, whose concerns were understandable since he and Silva were tied for the most post-fight bonuses in UFC history with 12 apiece. “If he got a bonus, then I have to bonus this time, and then we’re still tied, and now I’ve gotta overtake him. But now that he lost, now we’re tied and now I get to one-up him.”

Lauzon breathed a sigh of relief when Weidman upset “The Spider,” and now the ball’s in the court of Bridgewater, Massachusetts’ “J-Lau” as he prepares for his Saturday meeting with Michael Johnson at the TD Garden in Boston. And while some fighters would shy away from such talk leading up to a fight, the 29-year-old makes it clear that his intention is to pick up another bonus and sit alone atop the leader board.

“It will be awesome to overtake it,” he said. “I may have to petition (UFC president) Dana (White) and (matchmaker) Joe (Silva), because now my stance on pay structure will change. We should do away with all the bonuses, and I will be the all-time bonus winner. Or they should rename the bonus system.”

Lauzon laughs, but having exciting fights and getting that extra check (or two) at the end of the night is serious business to him, in the process making him one of the UFC’s most popular fighters. How popular? Ask people about his UFC 155 war with Jim Miller last December, and the touchpoints of the conversation will usually be: 1) How great the fight was 2) the blood 3) Lauzon’s resolve 4) the blood, and finally, the result. So when you can put on fights where people don’t really even care about the result, that’s something to brag about. But what about that cut that covered the Octagon crimson? What goes through a fighter’s head when he’s not just fighting a top-level opponent, but a cut?

“I was just trying to get close,” Said Lauzon, who lost a three round decision to Miller in what was UFC.com’s unofficial Fight of the Year for 2012. “We grapple, do jiu-jitsu, and wrestle all the time, and you basically close your eyes. If you have a hand on someone, you kind of know what’s going on. So if I can grapple someone, I’m usually okay. But now it’s so slippery because of the blood, and Jim is such a badass on the ground and everything like that, it doesn’t exactly go the way I want. So I was fighting the waves of blood and being able to see for a second and then not, and just trying to make the best of what I can see. Throw a punch, move my head, and all that kind of stuff. I didn’t feel like the cut was all that bad. I knew I was bleeding a lot, but I didn’t feel like it hindered me all that much. I didn’t feel like I was getting as beat up as I looked. I was really tired at the end of the fight, but aside from the cut, I didn’t feel like I took a whole lot of damage.” 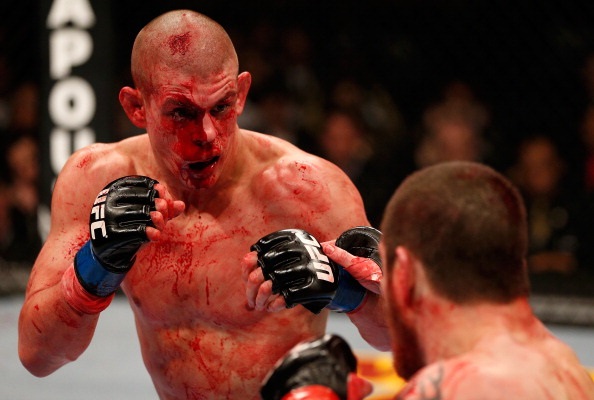 That’s not the way it looked, as the gash over his right eye took 40 stitches to close and a long time to heal, long enough that Lauzon has been out of action since that bout. He’s not complaining though, simply because the long healing process will hopefully ensure that the cut doesn’t reopen again, and also because it gave him a chance to come back in time to fight at home.

“You see a lot of guys that have scar tissue in their face and it’s not exactly the same as mine because theirs is usually on the eyebrow, but it just plagues them the rest of their career,” said Lauzon of his layoff. “I didn’t want to deal with that and have to worry about this popping open all the time. So I wanted to take a little bit longer, let it fully heal, and really give it time. Plus, I had been hearing that the UFC was talking about coming back sometime this summer, sometime this fall, and in the back of my mind, I’m thinking a little longer wait is not a bad deal, because by the time we get closer I’ll know what’s going on in the event, I’ll threaten Joe Silva and Dana White and whoever I have to threaten to get on that card (Laughs), and make it happen. So everything fell into place just right.”

The Time Is Now

But is Michael Johnson the right name at the right time for Lauzon, who is a big name in Boston coming off a Pay-Per-View co-main event while Johnson is looking to bounce back from two straight defeats?

“I’m very bad at figuring out who I’m gonna fight next,” said Lauzon, who refused to play matchmaker in his head as he plotted his return. “So I don’t even try to think about it. I’ve always said from Day One that I’ll fight whoever the UFC wants. Joe Silva’s job is to manage the roster and figure out who’s fighting who, so I don’t even like to think about it. That’s all about digging into people and figuring out what’s going on with them and styles and tendencies and all that stuff so much that with one person it’s tiring. Trying to think about lots of people and figuring all that stuff out is just too much. I don’t even sweat it. I go and I play my Xbox, I watch TV, I watch movies, I sleep, I train, and I just focus on getting better. And when they come up with a name, it’s like, okay, now I’m going to dig into what people do and things like that.”

So what’s the scouting report for Johnson?

“To beat him up,” said Lauzon. “He’s a southpaw, moves a lot, he’s very, very quick, has good footwork, quick hands, and he uses his jab a lot, but he can crack with his left hand too. So we definitely have to be careful and we don’t want to over pursue, but I feel like it’s a really good fight for me. I feel like I’m better everywhere. Standup’s pretty close, but I’m good at fighting lefties, I think wrestling’s pretty close, but in jiu-jitsu I think we’re worlds apart.” 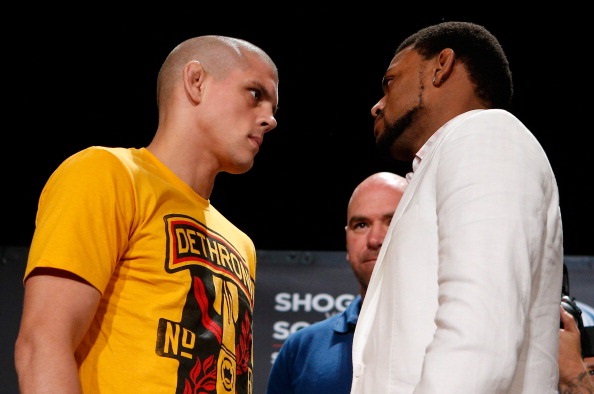 Yet if Lauzon wins, he was expected to, and people will say ‘well, he just beat a guy who has now lost three straight and now has a 13-9 record.’ Both are true statements, but Johnson’s talent far surpasses his win-loss record, and before his recent two fight skid, he won three straight. But perception is often reality, and with a victory, Lauzon may not move too far up the crowded lightweight ladder. It’s a possibility that doesn’t concern him.

“That doesn’t even enter my mind,” he said. “I think that everyone’s super tough at this point. I’ve beat guys that I’m sure have slept on me a little bit, and I don’t want that to happen to me. I don’t want to sleep on this guy and what should have been a dominant win ends up being a controversial decision or an upset or anything like that. Once we find out who we’re fighting, we build up our opponent like the biggest monster possible, and through our camp we take everything away. And by the time the fight comes, there’s no way I can lose. I’m confident but I know I have to do all the things that we worked on in training, and that’s a necessity.”

He does that, and he may just have a post-fight award waiting for him at the end of the night. We’ll just call it a “Lauzon” bonus.